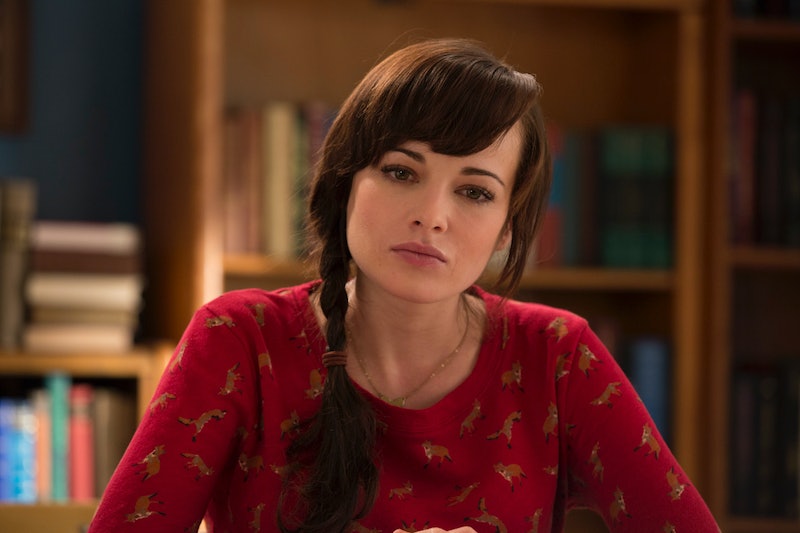 MTV's delightful teen dramedy Awkward was renewed early for a fourth season, and because there's nothing we love more than a teen show that doesn't talk down to its audience or suggest that girls should be throwing wedding-grade Sweet 16 parties, this is pretty exciting news. But it comes with a side of reservation: while the series' heroine, Jenna (Ashley Rickards) initially garnered our attention for being a girl who was resolutely a teen without being completely myopic, she's gone off the rails. Previous to Season 3, Jenna could have a completely teenage emotion and later understand exactly why she'd experience such a seemingly irrational thought. But now, this new Jenna is obnoxiously unrecognizable.

Of course, it seems like a natural progression in that the series has built a "personality of the season" pattern. Season 1 showed Jenna as the outsider, Season 2 made her the average Jane, so that's why in Season 3, she's the rebel. But now that we know Jenna, changing up her personality just because a season finale took place seems completely unnecessary.

Some quick background: in Season 2, Jenna started to feel stifled in her relationship with the high school's like, total hottie, Matty. He's the sweet, normal quarterback type and he started to bore her. She found renewed vigor for life in the artsy world of transfer student Colin, who's more high brow; he goes to parties for photographers and wears his hair like a 1950s greaser, so naturally, he's more cultured. It made sense that Jenna went rogue and made out with Colin — she's a teenager and thus craves change as she figures out who she is.

But somehow, in Season 3, Jenna's quest for something different turns into Jenna's transformation into a selfish, careless person who does even respect her boyfriend enough to use him as something other than a pacifier (literally — any time she's upset, she puts Colin's mouth on hers to feel better). A few big mistakes here and there makes sense — Jenna almost gets arrested for smoking pot with Colin and later tries to steal her parents' stash — but she's also become an unrelenting jerk. And that transformation happens before her friends stage a full-scale intervention.

The problem with making Jenna so incredibly terrible in her "bad girl" phase is that the series that has never, ever felt like it was preaching or trying to serve up some lesson of the week suddenly feels like an after school special about falling in with the wrong crowd. The reason someone like me — who is not only far from high school, but well out of college as well — finds merit in an MTV show about teenagers who actually walk and talk like teenagers (sorry, the CW, but your adult-teens don't compare) is that the show gets down in the muck of petty teen relationships with a cheeky side of irreverence. The writing is such that it simultaneously conveys how insignificant the teenage plots are in the long run, and the fact that to a teenager, they're everything.

With Jenna's new dark side, that maturity of understanding is gone. Jenna is just plain bad and she's justifying everything. We know she's headed for either a revelation or total destruction that will in turn lead to a revelation, but that's not interesting. We've seen time and again what happens when a teenager goes to the dark side (Freaks and Geeks' Lindsey Weir pretty much had that on lock — sorry, everyone else), and unless Awkward has something truly revolutionary up its sleeve (unlikely, considering it thrives on its sitcom half), the bad girl story line doesn't feel any less contrived when it happens to Jenna.