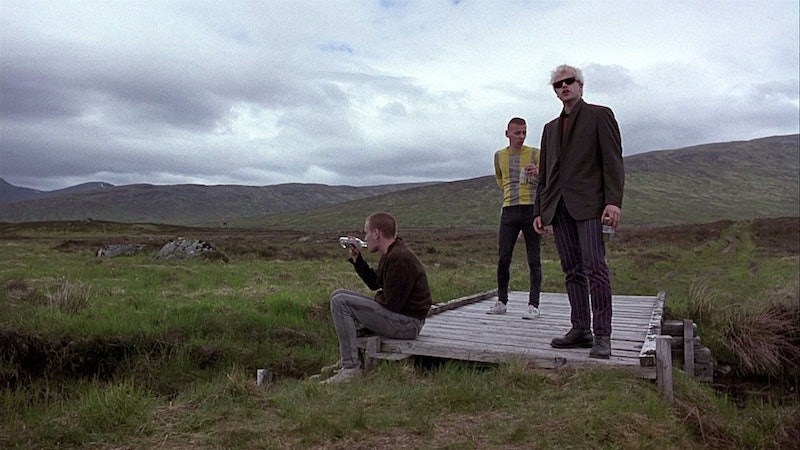 Good news for Trainspotting and Scottish accent fans everywhere: Ewan McGregor wants to make a Trainspotting sequel. The actor revealed that making a sequel to the 1996 cult classic film with Danny Boyle at the helm would be “extraordinary.” For those of you who have watched the beef build between McGregor and Boyle ever since the director cast Leonardo DiCaprio in The Beach instead of Ewan (burrrrrrrn), you know that the actor has shot down the possibility of him starring in the sequel for, like, ever. I’m not sure what’s behind McGregor’s sudden change of heart, but you can bet it’s a change of heart I can totally get behind.

And, while I’m sure the movie will break from the literary sequel in a number of ways, there are a ton of the things I hope Danny Boyle still includes, both from the book and from the 1996 movie.

Yes, Please! You know, that’s what made Trainspotting both awesome and super hard to watch: the reality of it all. I’m sure by the end of this movie we will know WAY MORE than we ever wanted to know about the world of underground pornography.

In the book, Begbie gets out of prison and falls in love with Kate. Begbie in love? Now I wanna see that.

Spud is determined to write a history of Leith, which just might be the most insane thing ever written. I mean, can you imagine? I’m hoping for some snippets of that in the film. Like, can we at least get a public reading in a café or something?

5. The Still-Lingering Tension Between Sick Boy and Renton

They just won’t let it die. Turns out, Sick Boy is still bitter about being ripped off by Renton in the previous film. Then, after saying he’ll meet Sick Boy in Cannes, Renton goes to Zurich instead and empties their joint account. Sick Boy: 0; Renton: 2.

7. Lots of Fighting Against the Man

While the boys may have slowed down a bit, I’m still hoping for lots of resistance against the rat race. No full-time jobs or mortgages for them, I’m sure.

9. Leonardo DiCaprio as SOMEBODY plz.

So what if I want to play on the drama that originally caused McGregor and Boyle to go their separate ways in the first place? I’m a sucker for juicy set gossip, and you know that would cause a huge stir.

Whatever they do include in the sequel, you can bet there will be plenty of awesomeness in whatever Danny Boyle cooks up. I’m just crossing my fingers for no dead babies, because that STILL gives me nightmares.

More like this
Everything To Know About The Long-Awaited ‘Community’ Movie
By Stephanie Topacio Long
20 Photos Of The 'Hocus Pocus' Cast Then & Now
By Radhika Menon
What Is Miles Teller’s Net Worth? The 'SNL' Host's Bank Account Is No Joke
By Meg Walters
Gabby Petito’s Family Responded To The New Lifetime Movie About Her Final Days
By Grace Wehniainen
Get Even More From Bustle — Sign Up For The Newsletter