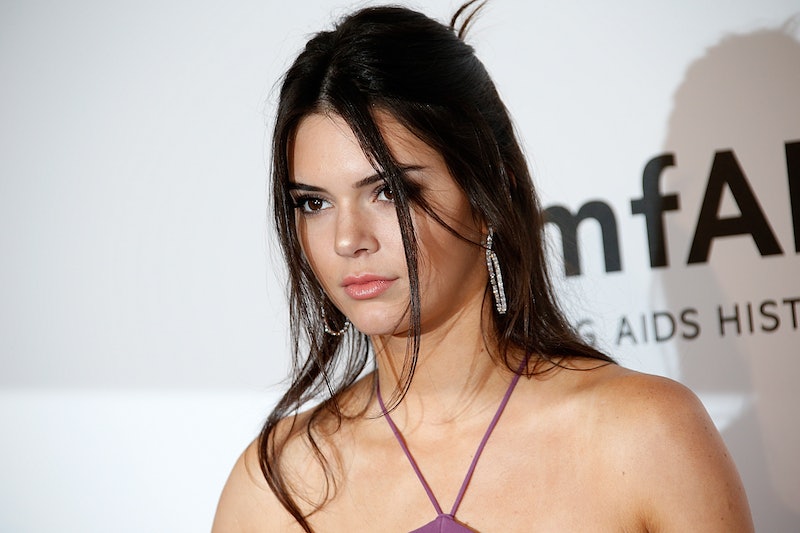 The all-star lineup has taken over pop culture, from the "Bad Blood" and "Bitch I'm Madonna" music videos, to Vogue magazine's celebrity-filled video tribute to Cara Delevigne. Joining in on the fun is Riccardo Tisci's Givenchy Gang on the cover of Vogue Japan. The fashion squad covers the August 2015 issue, featuring the Givenchy designer alongside his celeb pals/muses Jessica Chastain and Kanye West, as well as models Kendall Jenner, Joan Smalls, Mica Arganaraz, Jamie Bochert, and Akimoto Kozue.

Tisci and Chastain are posed in the center of the cover photo, shot by photography duo Luigi and Iango. West appears to the top right of the Italian designer, while the army of models surrounding the trio wear "Chola Victorian" face jewelry. The highly ornate styling of the fashionable group are from Givenchy's fall/winter 2015 collection. Meanwhile, an accompanying black and white fashion film posted by Luigi and Iango on their Instagram page gives a behind-the-scenes glimpse of the shoot.

"Ricardo is the youngest master, West says in the video. "A true visionary." Noticeably absent from the Vogue Japan shoot was his wife and another friend of Tisci's, Kim Kardashian West. However, she posted the stylish cover on her Instagram and called Tisci's squad the "hottest fashion gang ever," a day after announcing to the world that she and West are having a boy.

See the full Givenchy Gang cover and behind-the-scenes video below: