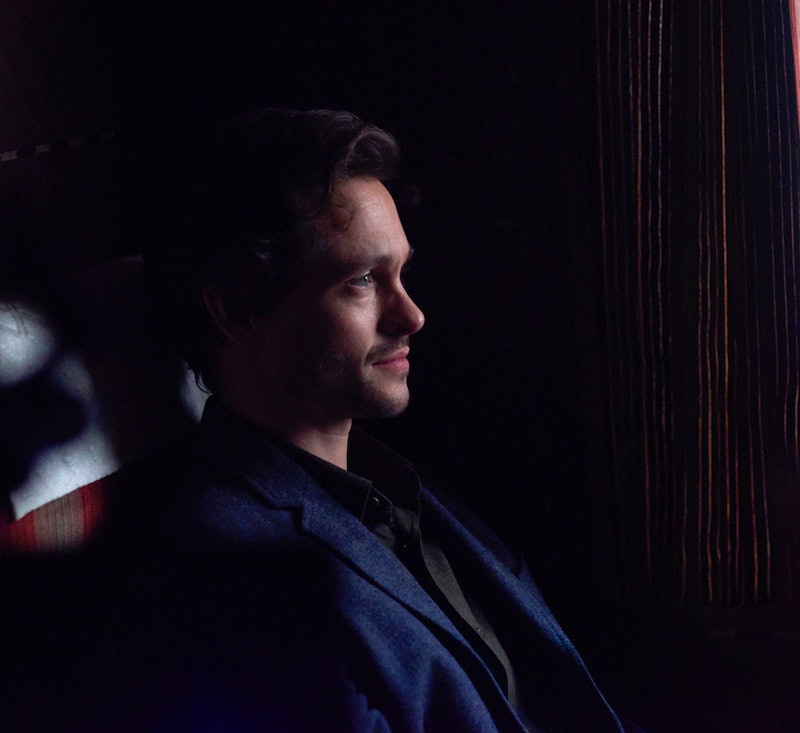 It appears as though not even Hannibal could escape the Fuller curse. After becoming the first show created by Bryan Fuller to make it to a Season 3, Hannibal was cancelled by NBC on Monday — although fans remain hopeful that the show might be picked up by another network. (Yahoo!? Netflix? You're our only hope!) For those who aren't in the know, the show followed the adventures of the titular cannibalistic serial killer as he made friends, for a given definition of the word "friend," with the psychotically empathetic FBI Agent who would eventually bring him down: Will Graham. With a phenomenal supporting cast and way too much food porn from a show in which the villain eats people, the NBC phenomenon was one of the greatest things on television, and Hannibal fans are going through seven stages of grief while they deal with its cancellation.

The entire cast of characters that populate the world of Hannibal mostly exist in shades of grey — mostly — so it's hard to truly mourn them each individually when they've done so many things we don't, or can't, approve of. (No, I don't mean Hannibal. That's too easy. I'm talking about you, Will Graham.) However, the show as a whole was so good, so thoughtful, so unlike anything else on television, that I'm going to be in a state of grief until we get to see Fuller's six season plan in action.

Until then, here's a rough approximation of the feels you're having right now.

NO. No, how could this happen?! You thought Hannibal would be the one who would make it. You thought you had so much time. Now, suddenly, you have nothing, and you don't know how to process this.

Clearly, your only option is to become a serial killer yourself. You already know how to do it, and how to get away with it. You've watched all three seasons of Hannibal. You got this. THIS WILL TEACH EVERYONE A LESSON...

Except letting the cancellation of a TV show push you into becoming a serial killer is a really bad reason to become a serial killer, and you don't want to kill anyone, and you're just really upset, and this is so unfair, and why is life so cruel?

Then again, maybe you should have seen this coming. Everything you love dies. That's just a fact. This was your own fault for daring to hope, daring to dream, daring to believe that Hannibal wouldn't disappoint you like everything else has.

Eventually, that much cynicism just kind of bleeds into your skin until you can't feel very much at all. And, honestly, that's kind of preferable to the other emotions you could be experiencing. You're already tired and upset and probably flipped over a table already. Numbness is a blessing.

At some point, you'll realize you haven't left the house in a couple of months and have just been sitting in a corner, staring at a wall where you've drawn a rectangle, watching the rest of the seasons of Hannibal. You know, because it was never cancelled. It's right here. In this rectangle. On this wall. What is food?

Oh, sorry, did you think you'd accept this news eventually? Nope, not going to happen, still hurts. Here's hoping we hear the amazing news that Hannibal has been picked up by another outlet soon, because cycling through this much emotion daily is bound to get exhausting.