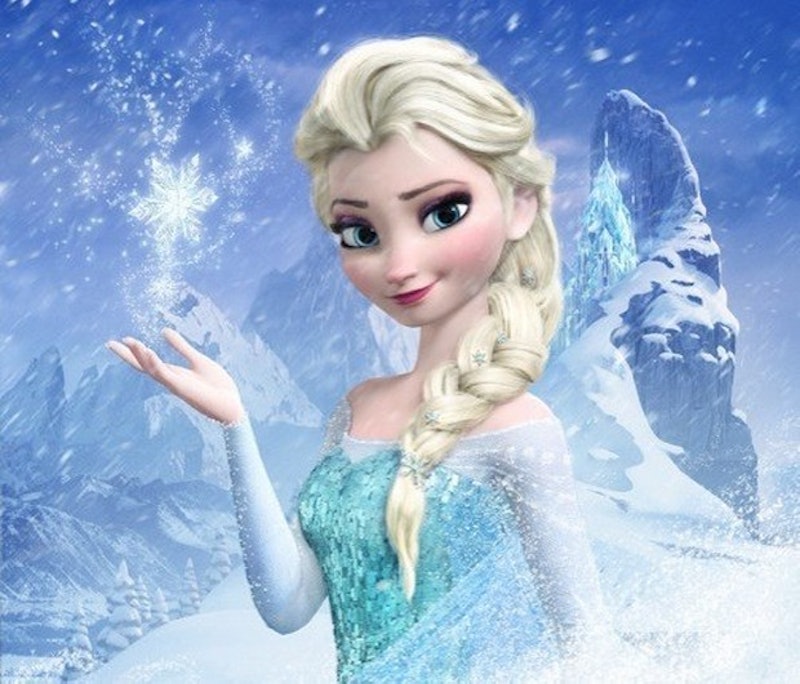 I've never seen Frozen, but I get it. It's like never having seen Psycho. People will tell you you're an idiot, you need to see it immediately, but shower scene, mommy issues—the usual. You've seen iconic parts in passing. Although Psycho did revolutionize cinema, so it's not entirely the same thing. But you get what I'm trying to say. So despite never having seen Frozen, I wholly understand that irony of this three-year-old Indigenous Australian girl who was told she couldn't wear an Elsa costume "because she is black". Because guys: Queen Elsa was different, but that is OK. It's differences that make us the unique, beautiful snowflakes that we are. So when Samara Muir faced intense racism after dressing up as the Disney Princess, it's evident that anyone who was perturbed totally missed the message. And I'm spitting this wisdom without even having seen the film, so it's not like it's a secret message you only understand after watching the movie.

This is how Samara's day went down. She got up, dressed up as Elsa, and was taken to a shopping center by her mother, Rachel Muir, for a Disney-themed event. Waiting in line for the event, Samara and Rachel were approached by a racist jerk and her two daughters, who told Samara she couldn't dress like Elsa "because she was black". Allegedly one of the evil mother's equally evil, disgusting daughters said to Samara, “You’re black and black is ugly.” Samara burst into tears and asked her mother "why" she was black, which is a question no child should ever feel like they have to ask.

Now, let's be objective. See if you can find anything ugly here:

What, so you just see an innocently adorable little girl too? SAMESIES! But the horrible racists made the doe-eyed angel you see in the above picture cry, and question the beauty of her skin. If you ask me, we should find out who this racist woman is and teach her a thing or two about "beauty," because ugly on the inside shines through to ugly on the outside, and that's got nothing to do with color and everything to do with how much of an asshole you are.

Samara's mother made a complaint to the shopping center's management, who called the racist behavior “unacceptable.” She also told Samara's story on Facebook, and since has received an outpouring of support, which goes to show that not everyone is a leaky asshole, and most people are accepting and kind. Since her ordeal, Samara has been dubbed Queen Samara by the Australian media and public, and has been featured in the news the world over, with fans everywhere reaching out to show her their support.