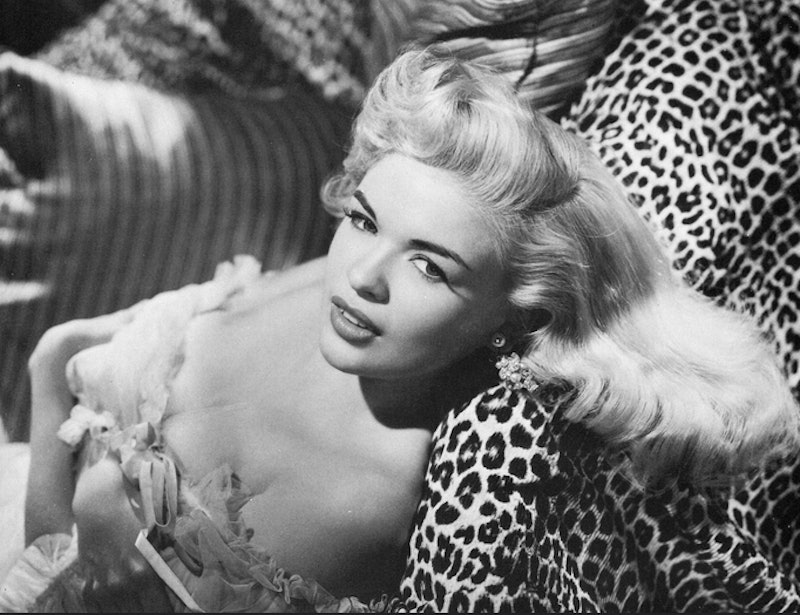 The retro pinup genre has been experiencing a revival and a revolution, but classic pinups have been around for some time. While Dita Von Teese and countless other burlesque and adult film celebrities have continued the art of advertising through pinup photographs over the years, thanks to apps and online communities, the art of the pinup has made its way closer to home (like the super body positive Instagram pinup community).

No longer reserved just for actresses and models, many fashion forward, regular women have taken pinup back, and embraced it as a way to express feminine strength, beauty, and of course, sensuality. In fact, you may be surprised by the women you know who have had pinup portraits taken. So much so that you might be wondering how to do a pinup shoot of your own.

And why not? It's a fun experience, and an art that has been perfected by the many talented boudoir and glamour photographers (and artists) around the world. But pinup today would be nothing without the classic pinup beauties who popularized the genre early on.

Pinup hasn't always been so accessible, or acceptable, though. During World War II, when the genre really took hold, pinup photographs supplemented soldiers overseas and were supplied, often for free, by many gentleman's magazines. At that time, the genre was somewhat underground, and generally not the sort of photograph many women would hang on their wall (despite the fact that many men had no qualms doing so), much less pose for of their own volition. Pinups were an arena reserved for the untouchable — the actresses, models, and singers who society and Hollywood placed upon fantastic pedestals. It was the realm of the starlets, the envelope pushers, and the brazen.

Even now, there are plenty of individuals and groups who consider the pinup genre lewd. But pinup has managed to make its way into the mainstream, or at least, the easily visible. And we owe those advances to the incredible women who challenged the status quo, and were secure enough in their feminine strength to show the world that beauty often walks hand in hand with bravery.

These women were willing to embrace their sensuality, and during decades when women needed liberation, they helped equal the playing field between the sexes by proving that women were more than sexual objects. In the act of boldly portraying their sensuality, these courageous ladies reminded many that we, as women, are multifaceted, and that there is absolutely no shame in the beauty of the female form.

Easily one of the most recognizable classic pinup beauties, Bettie Page came to pinup fame rather late in the game. She didn't begin modeling until 1950, well after pinup photography and paintings became popular. But, with her playful personality and unabashed attitude toward nudity, she quickly became seen as a premier player in the pinup imagery and adult film industry — which, at that time, was rather quaint by modern comparison.

Page was known to be somewhat fearless, and similar to Marilyn Monroe in both the respect that she often laughed off her sex appeal, and that her life (although much longer than Monroe's) was plagued by personal sadness, federal investigation, and a string of marriages (three to be exact, on both accounts) that ended in divorce.

Page's legacy, however, is a bit more sunny. Despite the fact that she ended up with little money and spent her final years, up until her death at age 85, living quietly with her brother, Page is often regarded as having been a major component in women's liberation on the sexual front. She showed us that sensuality was worth exploring, not repressing, and that the boundaries around our sexual desires could be fun, and intriguing, when we, as women, were in charge of our own fate.

It's nearly impossible to discuss Page without mentioning Bunny Yeager. Yeager had a rather significant hand in the pinup genre on a whole, as well as Page's rise to fame. After spending years modeling in the pinup community in Miami, Florida, Yeager retired from one side of the camera and moved to the other, perusing a career in pinup photography.

She photographed Page almost exclusively (with the exception of photographer Irving Klaw) in 1954 and provided Playboy with many of Page's famous images. Yeager photographed many other models, and even went on to have some success in the film industry, acting in Lady in Cement, and photographing Ursula Andress for the James Bond film Dr. No.

Both an incredible artist/illustrator and model, Zoe Mozert was one of the earlier contributors to the pinup genre. Her style was similar to other great pinup illustrators, such as Alberto Vargas, but she had the distinct advantage of being able to model for herself. She began modeling to raise money for her education as an artist, and quickly became well respected in the primarily male community of illustrators who worked creating pinups for magazines, movie posters, and advertisements.

With a background in cabaret, theater, and music, Eartha Kitt is one of just a few performers to be nominated for a Tony, a Grammy, and an Emmy. She toured worldwide with the Katherine Dunham Dance Troupe, and has been called "the most exciting woman in the world," by actor, writer, and director/producer, Orson Welles. Her stunning beauty and fierce gaze landed her many a magazine cover, and some memorable cheeky pinup poses.

Wife and longtime model for classic pinup painter Alberto Vargas, Anna Mae Clift is the inspiration behind many of the earliest and most iconic pinup paintings. Her husband, Vargas, attributed his style's success in some ways to lessons he had learned from Florenz Ziegfeld, who hired him as the official portrait artist of the infamous Ziegfeld Follies.

Vargas claimed Ziegfeld taught him "the delicate borderline between a nude picture and a wonderful portrait with style and class." Vargas painted for decades, his style embodying the very essence of the pinup genre.

Some of Rita Hayworth's black and white images were sent overseas during WWII and became the second most popular pinup images during the war. Hayworth had two brothers in the war, and actively participated in USO shows to support the troops.

Another famous actress and model from the folds of Hollywood, Betty Grable surpassed Hayworth's fame, landing her the title of the most popular pinup photograph during WWII, and the position of the highest paid woman in America at that time.

With similar physical features to Marilyn Monroe, Diana Dors was an English actress with great acting talent that went far beyond her sultry swagger and beautiful body.

An actress and model, Cleo Moore was often hailed as the "Blonde Rita Hayworth." She was cast mostly for her looks and physical features, which may explain some of her success as a pinup model. However, she was less than satisfied by this, and wanted to be taken seriously. She moved on from showbiz to have a successful career in real estate.

A sweet and genuinely kind woman, Jayne Mansfield valued family, her career, and ultimately the wellbeing of those she cared about. She also happened to be an entertaining actress, and a sensational pinup model, boasting the title of one of Playboy's early models and Hollywood's blonde bombshells.

One of Hollywood's quintessential sex symbols, Norma Jeane Mortenson adopted the name Marilyn Monroe after a short stint with the stage name Carole Lind (after Carole Lombard and Jenny Lind). She delved into acting early on, and began her career in cinema with a contract that tied her to 20th Century Fox. However, her roles were limited to those with few lines, and in 1947, she was released from her contract.

It was not until after her return to modeling and working with a handful of pinup photographers that Monroe found success. In a series of strange events, some of her nudes were discovered, and she ended up featured as the first Playmate of the Month in the inaugural issue of Playboy.

Like Page, Monroe's life was a mixture of great highs and startling tragedy, but her career as an actress, model, and singer was incredibly admirable to say the least. She's inspired thousands of artists and photographers with her beauty, and her dedication to the craft of acting, despite her often crippling struggle with drugs and alcohol.