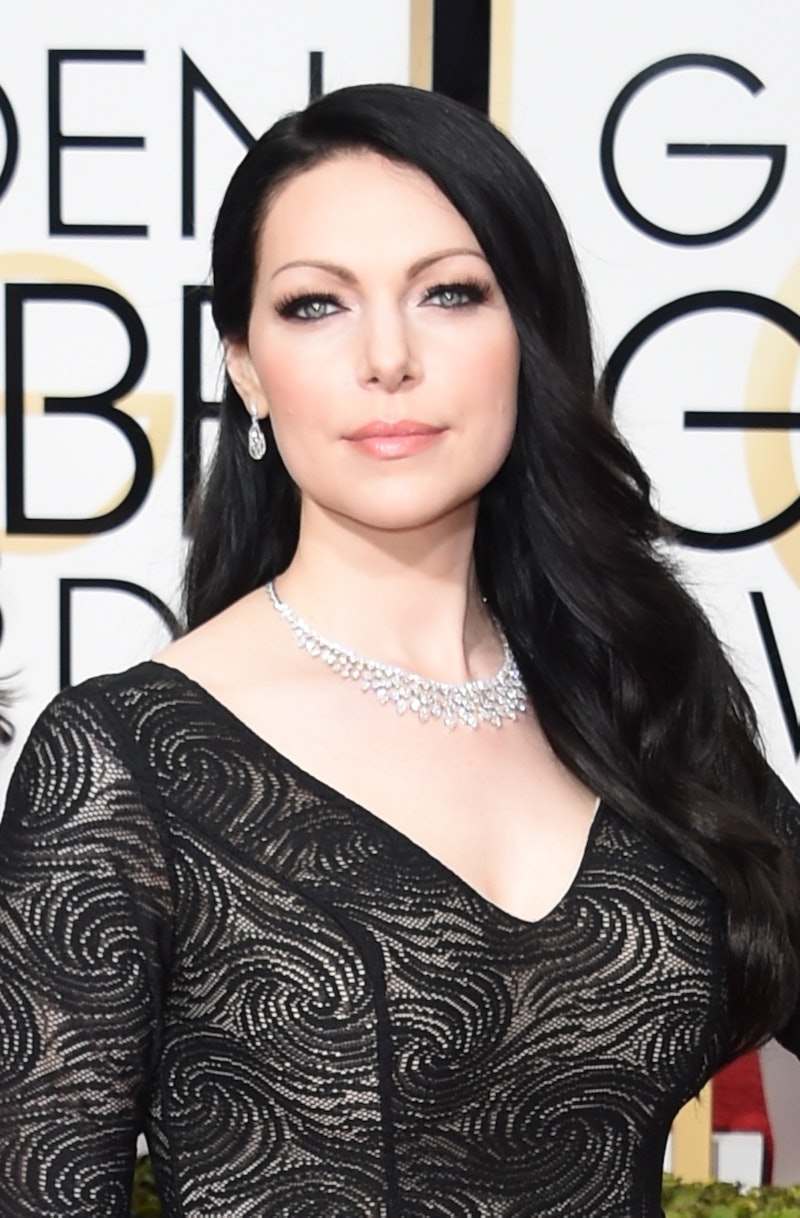 Warning: Orange Is the New Black Season 3 spoilers ahead. I never thought I'd say this, but thank the good heavens for Instagram. Before you question my sanity and read me all of the articles that warn of the detriments of selfies to our society, hear me out. If you're an Orange Is the New Black fan like I am, you should know that Laura Prepon Instagrammed something very important regarding Alex Vause on June 23.. In fact, she Instagrammed herself as Alex Vause. Sure, this may not seem like a big deal to someone on the outside, but if you caught the tail end of Season 3, you know that we aren't quite sure what happened to Piper's tumultuous love.

Prepon captioned the photo, "Glasses✔️Eyeliner✔️Badge✔️ ...excited to get out there and make an awesome season for you guys! #season4 #alexvause #Oitnb #bestfansever." An "awesome season 4?!" So, does that mean that Alex is alive? Or, is the actress back to film her death scene? Well, let's take a hard look at the evidence. She looks fairly pristine and unharmed in the photo to me. No blood on her face, no scratches, no bruises. It seems as if she's in tip top shape. For all intents and purposes, I think that is a good omen.

Of course, my curiosity got the best of me and I needed to know if there was any more concrete proof on whether or not she'd be haunting Litchfield or if she'd be doing the rest of her time there with a pulse. While there wasn't much to go on, a few different sites looked to the iDigital Times "theory" that states,

Our best theory would be that someone walks in and Alex gets away just in time. Now that she knows someone is out to get her, season 4 will show Alex hiding from him or getting him fired. Will Alex live? The odds are in her favor considering the real-life Alex Vause is alive and well. While the show uses inspiration from the real story and can definitely stray from the original story, Alex is a major character in the show and with Larry gone, she needs to stick around.

As Christian Today pointed out, you can't go by the "this happened in real life" thing all the time. But, the publication does have a good point about Alex being such a pivotal character. And, now with this vital Instagram proof of her return, it's looking like that theory may be right. For now, I guess we can assume that Alex Vause isn't another Litchfield casualty — or at the very least will be there in a flashback or death scene. So, yes, Instagram definitely is good for something.