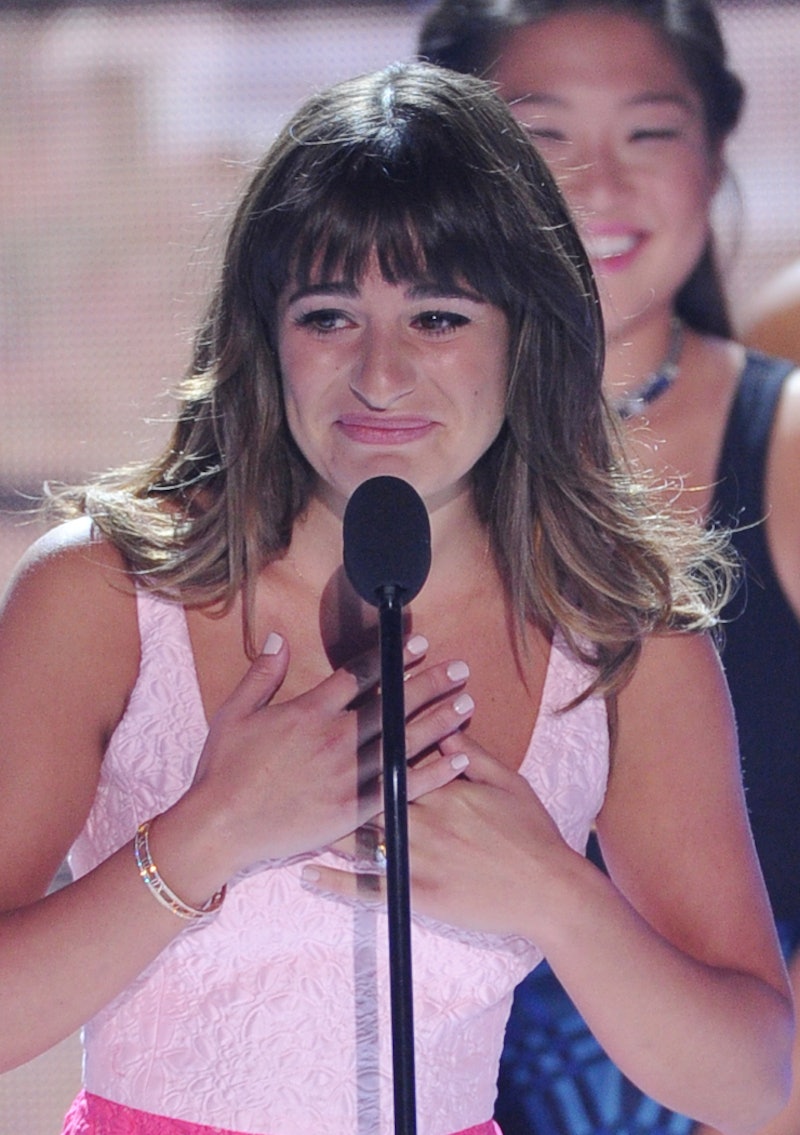 Understandably, Dianna Agron is tired of people claiming she's fighting with the Glee cast and crew. Just because she wasn't in the Cory Monteith tribute episode doesn't mean she doesn't mourn his passing, or so she says:

I've nothing but love for that show and everybody involved in it and it was such a huge part of my life," she told the Irish Independent. "Bad news spreads faster than anything good. And I think it's just such a shame, especially involving someone that we love so much, that the good old internet has taken everything that they want to say about it and spread it like wildfire.

So that settles it, but will the fans listen? Glee's fandom of "Gleeks" has been vocal about all sorts of issues in the past. When they don't agree with something, they're not afraid to voice their opinion.

When Chord Overstreet's character left, fans were very upset. So upset that the show eventually brought him back. (Perhaps this was Glee's downfall. It's important to listen to the fans, but when you give them this much sway, it doesn't always turn out well.)

Gleeks basically made Brittana (Santana and Brittany's relationship) happen, as Santana came into the show as a straight girl, and left the show as a lesbian when fans started talking in earnest on message boards about the two cheerleaders seeming like more than just friends. And while that was awesome, because all sexualities deserve representation, it again reminded fans that they were in control, or at least they thought they were. When the characters broke up, all hell broke loose.

So in the wake of Monteith's death, will the fans ever let the actors move on?

Naya Rivera caught flack from some fans for being too happy too soon, as she posted on Twitter just days after Monteith's death about upcoming projects, vacations, and her now-fiancee, Big Sean.

So if they can't handle Rivera's happiness in the wake of tragedy, how will the fans react when Lea starts dating again?

It's been rumored that she's already been checking out the dating pool, and I hope for her sake that fans will be supportive of her when she chooses to publicly date someone. Because losing the one you love is hard enough without being made to feel bad about moving on.