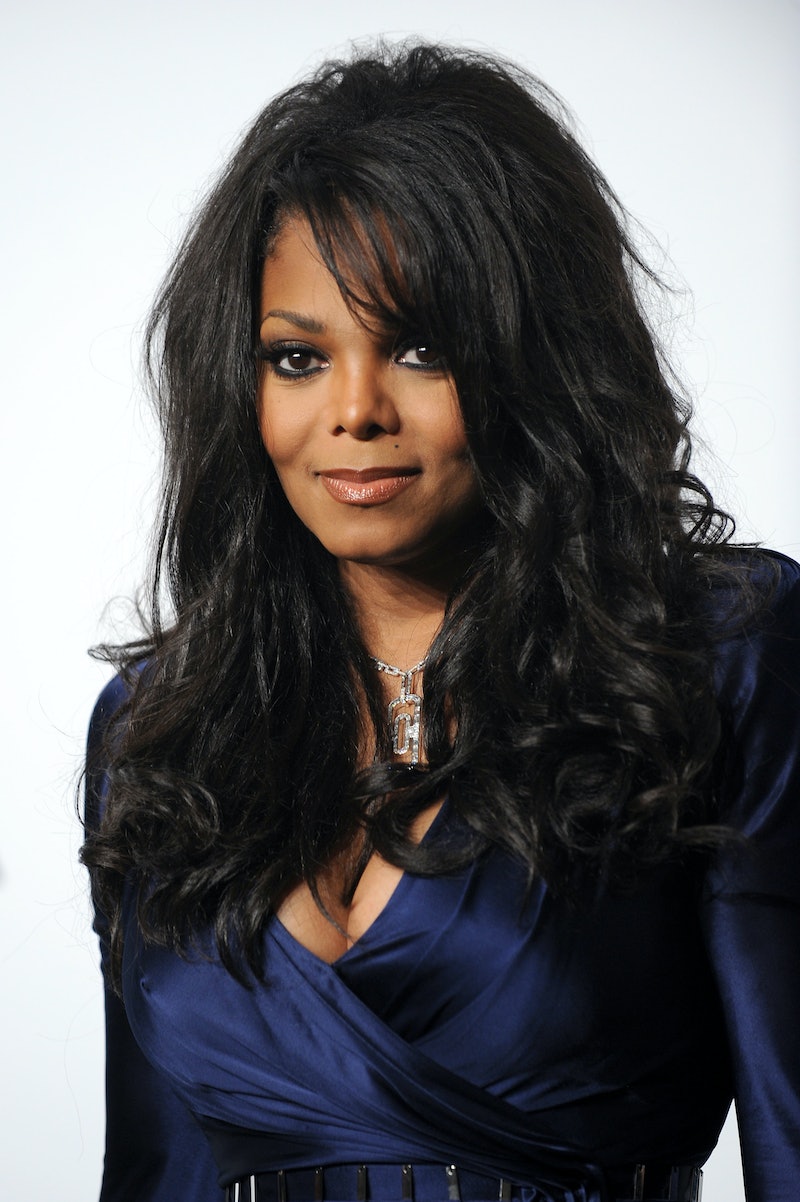 Just in the nick of time for her new tour and songs, Billboard reports Janet Jackson will receive the inaugural Ultimate Icon: Music Dance Visual Award at the 15th annual BET Awards June 28. This exciting news, along with the release of Jackson’s new single "No Sleeep," almost feels like too much to handle — so I hope you're sitting own when you process this next bit of news: Jason DeRulo, Ciara and "2 On" singer Tinashe are all slated to take part in a tribute to Jackson during the awards show. Since all of those singers also happen to be insanely talented dancers, this performance is guaranteed to be certified hotness — so, needless to say, I can. Not. WAIT.

But, before I get too far ahead of myself, a discussion on what is necessary to properly execute a Janet Jackson tribute must take place. This is Janet Jackson, queen of choreography slayage — so the moves have to be on point. Considering all who's involved, I’m confident this performance will live up to — or, perhaps, be even more impressive — than Pink, Usher and Mya’s Jackson tribute in 2001... but still, none of this even matters without the right song selection.

There are way too many options, but it would be utterly blasphemous if the tribute doesn't include these six Jackson songs:

Jackson's 1986 album deserves a tribute of its own, but including the title track is a must.

Because this choreography is — and always will be — EVERYTHING.

Can Derulo, Tinashe, and Ciara perfectly capture just how epic this track is?

This hit from Jackson's Damita Jo era in the early '00s definitely deserves some shine.

Because this song describes exactly how all fans have felt about not having new music from Jackson.