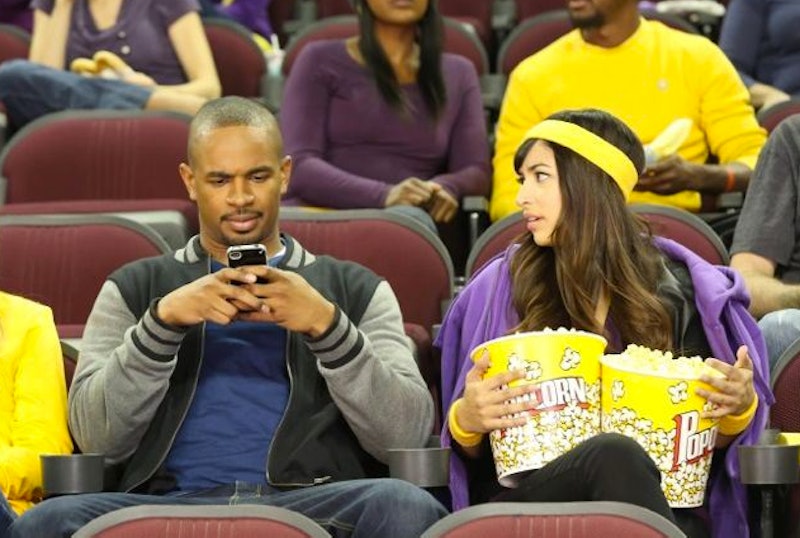 Literally no one in New Girl was in an emotionally solid place for this week's offering, "Longest Night Ever." Winston was showering with his cat, Schmidt was freaked out because Coach asked Cece out and she said yes, Coach was freaked out because he hasn't had a date since his relationship ended, and Nick and Jess (mostly Nick) were freaking out... well, because everyone else was freaking out mostly. They're actually doing pretty well comparatively.

As Happy Endings proved, Damon Wayans Jr. is at his best when he's allowed to do his own riffing thing, à la a Robin Williams or a Jim Carey (although Wayans is more subtle) but all his own, y'know? Dude's good, is what I'm saying.

Still, there are other people on this show, and we realize that we have to acknowledge that. So here are some things from "Longest Night Ever" that we're still puzzling over.

Mostly what we gleaned from this episode is that Coach and Cece are actually kind of compatible for each other right now, that Winston needs weird (otherwise he wouldn't live with who he lives with), and that they really should probably get a dog cage for Schmidt at some point.