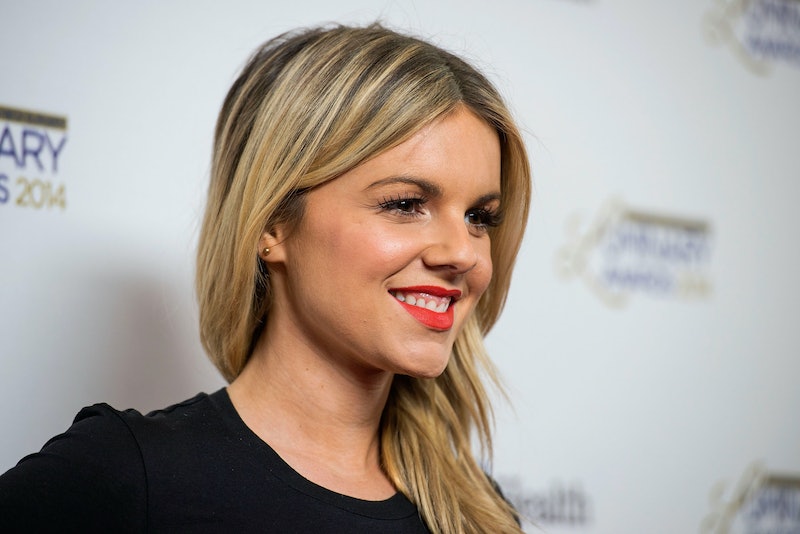 So I know we're all really excited to jump on Kaitlyn Bristowe's back after The Bachelorette star admitted she had sex with contestant Nick Viall on the most recent episode before the Fantasy Suites, but let's just cool it for a second. First of all, we should all know better to slut-shame period, but second of all, former Bachelorette contestant Ali Fedotowsky says Bachelorette stars have sex with their suitors all the time; Bristowe is just the first person to be open about it. Just to catch you guys up, in case you're thinking to yourself, "Wait, Nick Viall? Wasn't he on Andi Dorfman's season?" Why yes, yes he was, but he talked his way onto this one, too, after crossing paths with Bristowe during an episode filmed in New York. The two of them bonded (read: kissed) right away, and have what seems like a very natural connection.

To make Viall comfortable, and to send a clear message to the rest of the group that he's here to stay, Bristowe chose him for her one-on-one date in Dublin, and things went so well that she brought him back to her hotel room, and the two of them slept together. AS SOMETIMES HAPPENS AFTER A SUCCESSFUL DATE. So, let's all do our best to keep our heads here. And, like I said, here to help with that goal is Fetodowsky, who took to her blog to scold the Internet for leaping to judgement on Bristowe:

Let me just dive into this topic by saying slut shaming is NOT COOL! What is wrong with people?!?! I mean really. It makes me SO angry that there is such a double standard in this world when it comes to men and women having sex. I can assure you that Kaitlyn is NOT the first person to have sex with someone on the show. In fact, I would argue that 95% of the Bachelors and Bachelorettes DO have sex on the show. Sure, Kaitlyn did it before the infamous fantasy suite, but does that really matter?

Answer: no. No it doesn't. The Fantasy Suites are just a construct put in place so the show can talk about sex without actually talking about sex, but you better believe it goes down in there. And if it doesn't, it should. It's already difficult to find the man of your dreams among a group of men that you have only known for a matter of months. You really want to go into that never having bumped uglies? ARE YOU CRAZY?

I remember when I was the Bachelorette and I had to be SO careful about kissing the guys and other guys seeing. I mean OBVIOUSLY you’re going to kiss more than one guy when you are expected to find your husband out of 25 random guys in less than 3 months. Intimacy matters in a relationship and you have to test the waters!

Preach, girl. Sex is a real, natural thing, and it's no weirder to have sex with multiple guys than it is to date multiple guys on national television in the hopes of finding a husband. Let the girl relax and kick back, and, in the immortal words of Fedotowsky: "stop judging Kaitlyn for following her heart annnnnnd her vagina." Do you guys wanna start the slow clap, or should I?