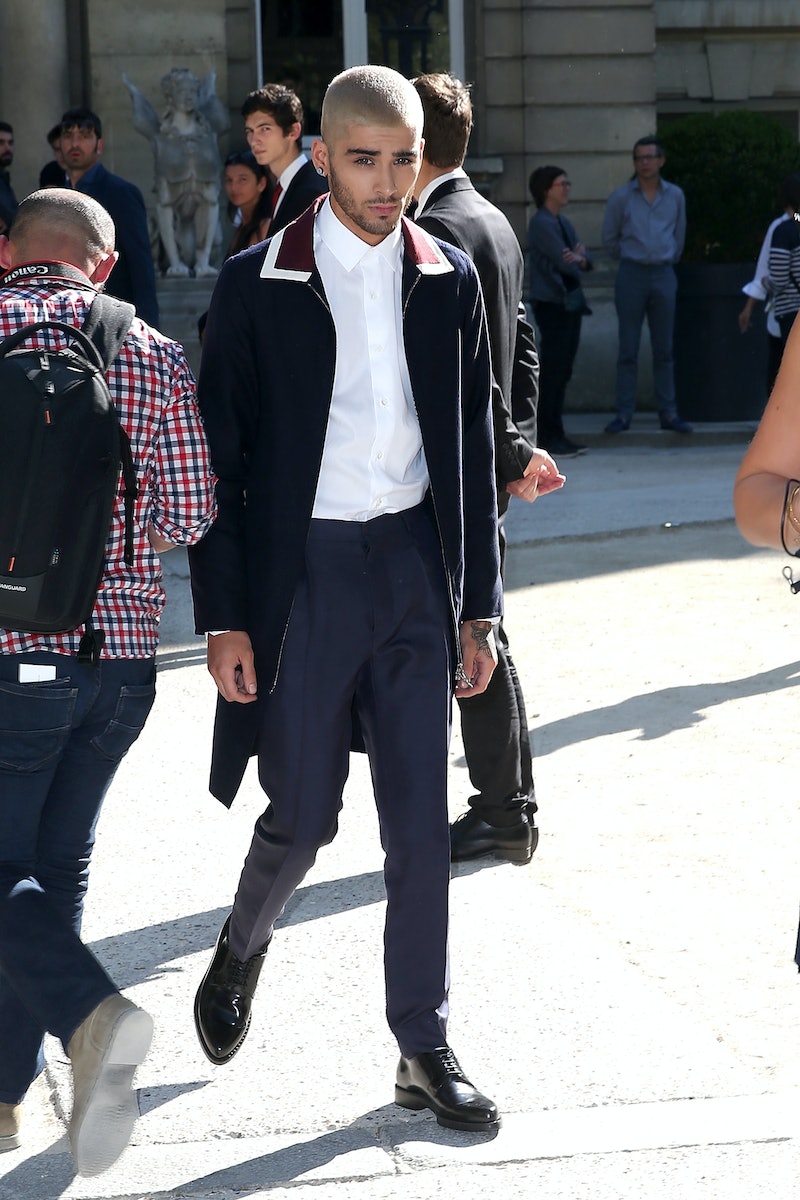 It's been hot this week in Paris (allegedly — I missed my private jet to the Men's Spring Collections today so I wouldn't know) and it was just as hot on the front lines at Valentino's Spring/Summer 2016 show, as well.

As male models sauntered down the runway at the Hôtel Salomon Rothschild in abstract florals, embroidered jackets, and a pineapple-printed clutch that brought a tear to my eye, it was the onlookers in the front row that very nearly stole the show.

Joe Jonas, wearing a maroon, tulip printed blazer, brought his own gravitational pull to the runway as he looked on, seemingly unaware of his own swooniness. Fellow former boy-bander Zayn Malik debuted a bleached buzz-cut and was predictably mobbed by adoring fans on his way inside. His outfit — loose-fitting creased pants and a crisp white button-up, sans tie — was perfectly summery. Also in attendance was British actor David Frampton, or as I like to call him, Leonardo DiCaprio and Brad Pitt's love child.

No One Direction or Jonas Brothers music wafted through the air, though. Models walked the runway to the sound of Nirvana's "Smells Like Teen Spirit" played by an orchestra.

David Frampton looked positively polished, from a fitted suit and skinny tie right up to a perfect swoop of hair:

Joe Jonas and Zayn Malik, each in maroon and navy blue, looked perfectly color-coordinated as they waited for the show to start.

And, just for good measure (that's a tailoring pun), here's another shot of Zayn stepping out of his ride. Just so you can really get a feel for his outfit. (And face. And bod.)