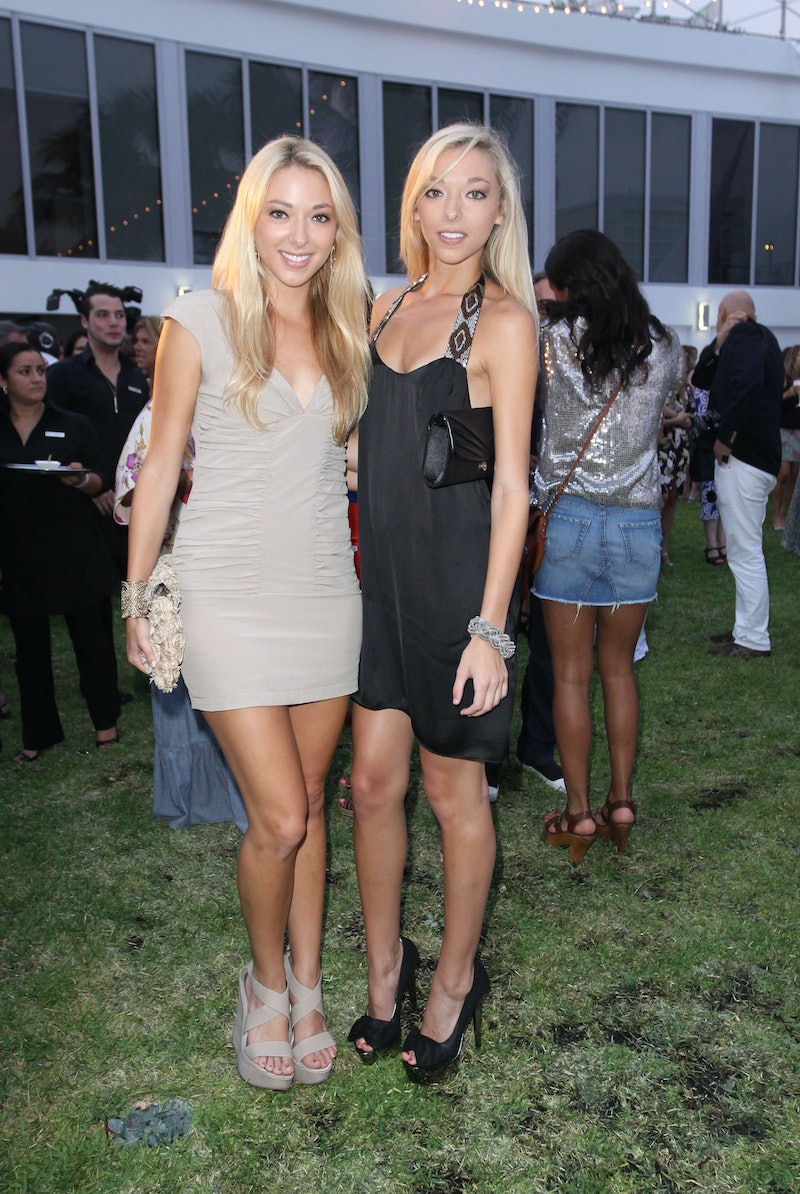 A brand new season of Big Brother means a new twist — well not so new in this case, but exciting nonetheless. The Big Brother 17 Twin Twist was revealed only to viewers during the premiere, meaning the houseguests have no idea it's happening. Basically it involves one houseguest who has an identical twin, and throughout the competition the two will swap places playing as one person (and tricking all of the other competitors). If they subvert everyone and make it to Week 5, the pair gets to enter the house as two people and both compete. So, which Big Brother houseguest has a twin? Well, folks, it's most likely Liz Nolan.

According to eagle-eyed Big Brother fans, houseguest Liz allegedly has an identical twin named Julia. Although Liz has made all of her social media accounts private (to keep the surprise for viewers, no doubt), Liz does still seem to have a modeling agency page. Her email handle is "NolanTwinsBooking" which pretty much gives it away that she's probably the twin involved in the Twin Twist. We haven't officially met Liz yet, but the Miami-born contestant is being introduced during the second night of the Big Brother premiere on Thursday. Will it be then that America learns more about this Twin Twist?

The show actually already employed this twist way back in Season 5. Adria and Natalie Montgomery played the game as one person (Adria) for the first 35 days when Natalie was finally introduced, too. They didn't end up winning, but it remains one of the coolest twists in BB history.

But, just because it's been done before doesn't mean it won't be exciting this go-around. Since it's been so long since the twist was last used, it's highly unlikely any of the contestants will be expecting it. That means it's going to be super entertaining for viewers to watch since we're in the know, and they're not. I can't wait for it to all go down.

With things changing so often in the Big Brother house, though, it can be hard to keep track — so, for all the up-to-date info on Liz and Julia, as well as everything else going on in the house, check out Bustle's very own Big Brother podcast, The Diary Room. Listen to the latest episode below, and be sure to check out future episodes on Bustle’s SoundCloud page.