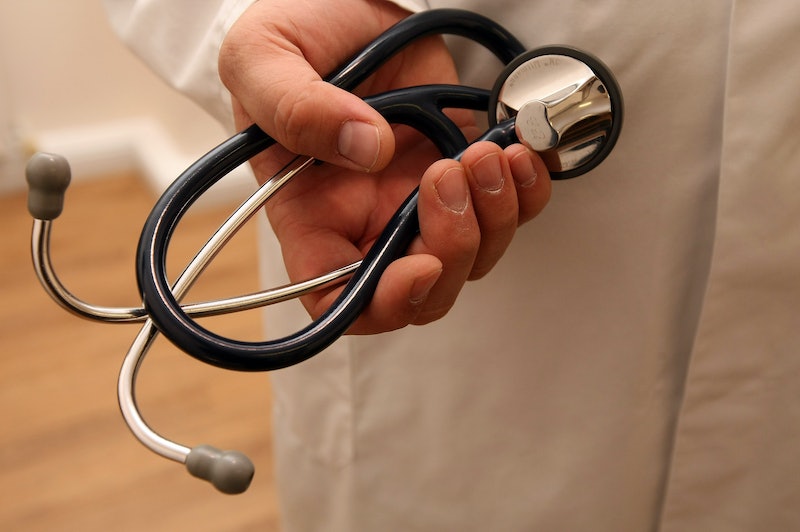 On Thursday, the Supreme Court decided the fate of millions of Americans who are currently getting health coverage through the Affordable Care Act. Fortunately, for those Americans, the Supreme Court ruled in favor of Obamacare, deciding to allow those in the states with federally run exchanges to continue receiving the subsidies that make their health insurance so inexpensive. This means that approximately 6.4 million people in 34 states have the Supreme Court to thank because that's how many people its decision in King v. Burwell has effectively saved from losing their affordable health care.

In order to truly appreciate SCOTUS's decision, let's take a look at what would have happened if it had ruled the other way. Basically, if you live in one of the following states, your health insurance premium would have skyrocketed, likely forcing you to drop your healthcare plan altogether.

As you drop your plan, others would likely do the same, forcing the state's exchange to continue to raise their premiums until the entire market spirals out of control and crashes. So roughly 6.4 million people would have either been without health insurance, or paying an inordinately high amount just to have it.

Furthermore, the Obama administration had very matter-of-factly stated that it has no backup plan if the Supreme Court's decision were to topple the health law. Health and Human Services Secretary Sylvia Burwell, who is named in the case, told CNN:

We don't believe there is an administration solution that would undo all of that damage.

And that would have meant that Obama would have had to rely on Congress or the states themselves to clean up the mess. Who knows what giving the Republican-controlled House and Senate that kind of power and leverage would have spelled. But if Congress had refused to do damage control and, say, left it up to the next president to decide, then the individual states would have had to either create their own marketplace, which is time- and labor-intensive, or found some other way to give its residents financial assistance in securing health care.

Fortunately, 6.4 million Americans and 34 states were spared from this nightmare scenario on Thursday when the Supreme Court ruled that any state, regardless of whether it has its own healthcare exchange or relies on a federally run exchange, can grant its residents subsidies to keep their healthcare costs low.

If you happen to live in one of the following 14 states that had set up its own exchange, the ruling wouldn't have affected you either way — but you might as well celebrate with the rest of the country anyway.

Perhaps the most baffling part of this whole case is that the impetus for the lawsuit, which would have had such widespread and serious consequences, was four little words. One section of the Affordable Care Act's text stipulates that people who cannot afford healthcare coverage can receive tax subsidies through an exchange "established by the state." Therefore, the plaintiffs argue, any state that used the government-established exchange would be ineligible.

More like this
The Families Of Grenfell Tower Are Still Waiting For Justice, Five Years On
By Bustle UK
5 Concrete Ways To Take Action Against The Rwanda Deportation Plan
By Rachel Mantock
The Most Powerful Photos From The Weekend’s Abortion Rights Protests
By Melanie Mignucci
Supreme Court Overturns Roe v. Wade
By Melanie Mignucci
Get Even More From Bustle — Sign Up For The Newsletter