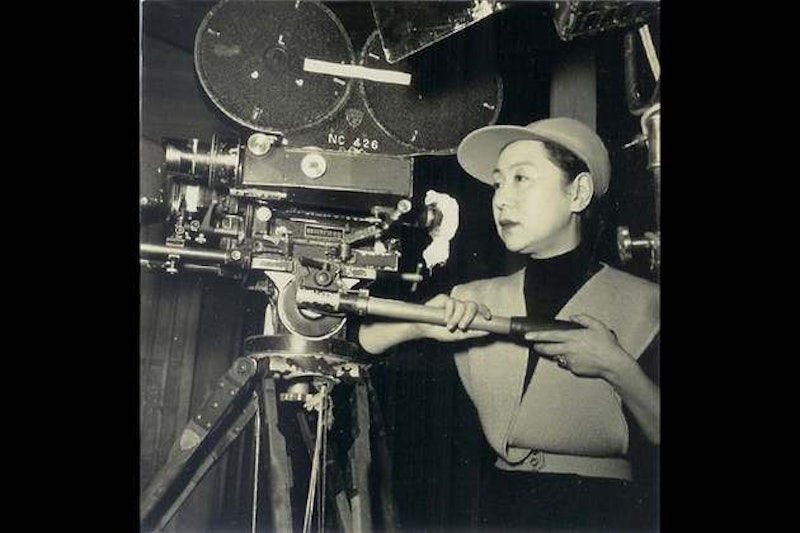 Try to name ten female film directors. Go on, I'll wait. If you got Kathryn Bigelow, Ava DuVernay, Sofia Coppola, Mira Nair, and Ana Lily Amirpour, then stopped short with brain freeze, you're not alone. It's not that there aren't any female directors besides those big modern-day names; we're just rarely taught about the work of female directors from the past. Unfortunately, the lack of recognition given to female film directors has been a massive issue since, oh, the invention of film. And the problem's not just in Hollywood — from France, the birthplace of cinema, to India and Japan, women have played big but forgotten roles in film history.

Why is talking about female directors in film history important? Well, for one thing, they're completely awesome — but for another, some people seem to think that the Bigelows and DuVernays of the world came out of a vacuum. But they didn't. Female film directors throughout history did huge amounts for modern film as we now know it. The more we know about these ladies, the more we'll understand and recognize the work of female directors today — and the wider we'll open the door to future kick-ass women behind the camera.

Frenchwoman Guy-Blaché's life is so enigmatically movie-esque that a film is going to made based on it. She was the first female director in the history of film, and made the first narrative film in history, in 1896 — at the staggeringly young age of 23.

First exposed to the new medium of film while working as the secretary of Léon Gaumont, founder of the Gaumont film studio, Alice Guy-Blaché made over 1000 films in her life. She apparently invented the concept of filming on location and did one of the first close-ups. But she died in 1968, far from the spotlight, and has been largely written out of film history.

Lois Weber was the first American woman to direct films — and she got into them via Alice Guy-Blaché's husband, Herbert, who apparently cast her in a film in 1908. Her husband, Phillips Smalley, was key in her career, too: the two started a husband-and-wife film-directing partnership that got them jobs at big studios in the 1900s.

Soon, though, Lois struck out of her own, becoming the first American woman to direct a feature film, a movie version of The Merchant of Venice. At her height, she was in the same league as Cecil B. DeMille and made over 100 films, many of which were basically morality tales — which was fitting, because before she'd entered the tempting world of the silver screen, Weber had been a Christian evangelist, preaching on street corners.

Dorothy Arzner was remarkable in more ways than one. She was the only major female director in Hollywood during the "Golden Age" of the '20s and '30s, and the only female director whose career survived the introduction of sound into films. She first started working for Cecil B. DeMille's brother as a stenographer, and worked her way up to become a film editor (the first editor to ever be named in a film's credits, in fact) and eventually, director.

Arzner made three silent films and fourteen "talkies" over twenty years, helping her actors transition into the new world of talking films — she apparently invented the boom microphone to help Clara Bow get over her fear of talking on camera. She was the first female member of the Director's Guild Of America, made TV commercials for Joan Crawford and directed everybody from Katherine Hepburn to Rosalind Russell. She's also widely believed to have been a lesbian — which, in repressed early Hollywood, must have been a challenge all its own.

One of the first Japanese women to direct films, Tazuko Sakane worked her way up through the studio system in Japan's highly stratified, seriously masculine film industry in the 1930s. Her path was fraught: she was reportedly repeatedly harassed for being a woman, and only fragments exist of her first major film, Hatsu Sugata , which she made in 1936 at the age of 32.

Tazuko was also one of the world's first female documentary filmmakers. During Japan's invasion of Manchuria, she made documentary and propaganda films in north-eastern China, including one called Pioneer Bride that focused on intercultural cooperation. Once the war ended, she was excluded from directing, and had to go to the bottom of the cinema rungs and start all over.

A feminist as well as a filmmaker? Meet your new hero. Germaine Dulac was a political activist, writer and journalist in early 1900s Paris who became a master of Impressionist film. Dulac began directing melodramas with her own production company, Delia Film, but moved on to avant-garde cinema in the 1920s — and made some of the earliest and most important films associated with the French Impressionism movement.

She's best known for her film La Souriante Madame Beudet (1922), the first feminist film in history. It tells the story of a woman in a loveless, horrible marriage with a slob who fantasizes about escape. It's only 40 minutes long, but it still made a lasting impression on film, feminism and modern life.

India has a cinema culture all its own, and Fatma Begum was one of its first big stars. And she parlayed her star power as an actor into some hefty behind-the-scenes achievements. After starting as a stage actress, Begum became a star in silent-era Indian film. But in 1926, she started her own production company, Fatma Films, and made the first Indian film directed by a woman: Bulbul-E-Paristan.

Nowadays it's hard to track down any parts of the film, but it was apparently a kind of Disney-esque fantasy, set in a fairyland. So not only was Begum a landmark director, she was also one of the first fantasy directors. How amazing is that?

In film, as in many other industries, women are responsible for many ground-breaking innovations — and their contributions have gone mostly ignored. It's crucial that we change that.