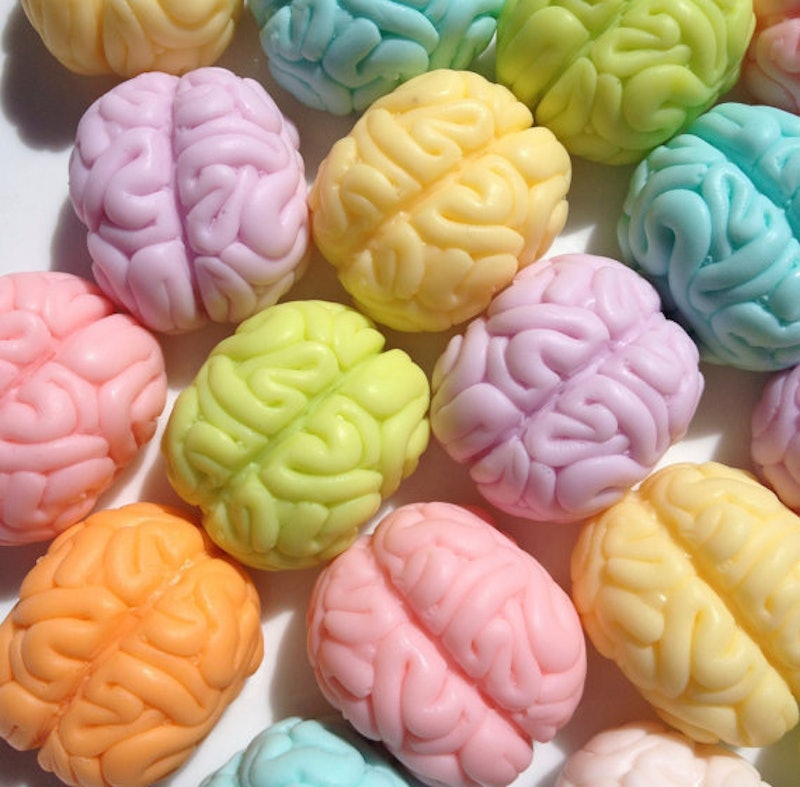 As scientific progress marches on, our understanding of what constitutes "adulthood" is getting more and more refined — and by that I mean, we keep pushing the bar of adulthood back to later and later ages. In the medieval period, 14-year-olds were declared to be adults, ready to marry, go to war and generally behave like grown-ups — which, if you've ever actually met a 14-year-old, is unthinkable. For the past several generations, the threshold of adulthood has been 18, the age when you typically finish high school and move out of your parents' home, go to college or get a full-time job. But it turns out that even 18 may actually be way too early to call someone as adult. As far as science is concerned, the threshold of adulthood is getting pushed back yet again — this time, to the end of the twenties.

Recent research on the brain has shown that, contrary to what we once thought, we don't suddenly develop an "adult" brain as soon as we leave our teens. Neurologically, it seems, we continue to develop through our adolescence and well into our twenties. Which makes sense to all twenty-somethings reading this while lying in bed, eating cookies and watching cartoons. (High five!)

When you were 14, 25-year-olds probably looked like the most together, organized, grown-up people around. So you may feel a bit short-changed if you hit your mid-twenties and still can't cook, figure out your finances or remember what "permanent press" means. No worries: it looks like you can blame your brain. Take a look at what's still happening inside your skull during your twenties — and remember, those 25-year-olds you saw when you were 14 were probably totally faking being together, too.

1. The Connection Between Our Brain Halves Keeps Growing

Do you know what the corpus callosum is? No, it's not about death — it's the connective bundle of neural fibers that joins your left and right brain hemispheres. It's the biggest source of white matter in the brain, and a 2004 study showed that it keeps growing right through to your mid-twenties.

What does this mean? Well, the corpus callosum is the mechanism by which the two sides of your brain communicate. It helps our eyes work in tandem and detect depth, coordinates our senses, and helps us feel emotion in response to stimuli. So as your brain hemispheres become more closely entwined throughout your early twenties, you may well be reacting differently to things. Maybe that's why things that seemed so appalling in your teens — cleaning your room, having a baby, eating anything besides soda and nachos — may start to seem appealing in your mid-twenties.

All of your really complex thinking takes place in the prefrontal cortex of your brain, where high-level cognitive processing happens — but the area handles a lot of other functions, too, covering everything from language ability to emotional intelligence and controlling impulses. And throughout our twenties, it gets better and better at its job — not by growing, but by oiling the works, so to speak.

Two things happen to the prefrontal cortex after adolescence ends: myelination and synaptic pruning, both of which sound frankly painful. But they're not! Myelin is a smooth material that insulates neural fibers and lets them transfer messages more easily. The body builds these up in the prefrontal cortex in your twenties. So basically, they're the oil that keeps your brain running smoothly.

Synaptic pruning just means your brain gets rid of the irrelevant bits of nerves in your cortex, so that signals can be transmitted with premium efficiency. Yes, your brain is basically a train station. Deal with it. It doesn't necessarily mean that you'll experience clearer thinking after synaptic pruning, though — your neurons will just fire faster. So you're just as likely to accidentally leave your phone in the fridge after you go through synaptic pruning; your brain just might be a little bit more efficient while you freak out over it.

A small study of 103 people by the University of Alberta back in 2011 seemed to show that the brain's frontal parts, including the prefrontal cortex, aren't just developing all by their lonesome in your teens and twenties; they're also becoming more connected to other parts of the brain. The frontal lobe is all about rewards, attention and short-term memory and planning; thus, better wiring hooks it up to things like the limbic system, which controls your emotional life, and the sensory system, which carries information about smell, taste and so on.

This isn't a process that begins in your twenties, of course; it's been going on since adolescence, when your brain first started to connect, develop and make decisions based on a lot of different things at once. But it definitely goes on long past your 18th birthday.

But let's not get completely carried away with ourselves: some parts of your brain do actually function exactly the same in your mid-twenties as they did in your teen years, even if you think you're now totally different and grown up. The Scientific American 's study of the mid-twenties brain found that, in several cognitive tasks measuring things like impulse inhibition, teens and people in their late twenties performed equally well.

The teen years still remain the peak period of brain change, where a lot of these processes are set in motion — it's just that they last longer than we once thought they did. But brains don't just change as a result of aging. They're reactive things, and your brain has probably also changed in response to the experiences of your twenties, from jobs to apartment-hunting to figuring out what the hell flirting means. it's called neuroplasticity, and it helps our brains evolve to meet new challenges.

Ultimately, though, it's pretty clear that the idea of the "adult" brain isn't actually very workable. Not only do our brains keep changing as we go through our twenties — even past that point, the supposedly fully-developed brain's cells do actually keep growing and changing. So if adulthood means brain maturation, maybe we never become adults at all!

And, incidentally, that old chestnut that you start "losing" neurons as you hit your thirties? Turns out it's nonsense. Back in 1996, a Harvard study busted the myth, showing that there isn't actually a huge amount of neuron loss in the elderly at all. And alcohol doesn't kill brain cells either; that was a myth made up in Prohibition. So take all the whiskey shots you want. You've earned them, with all that adulting you've been doing.