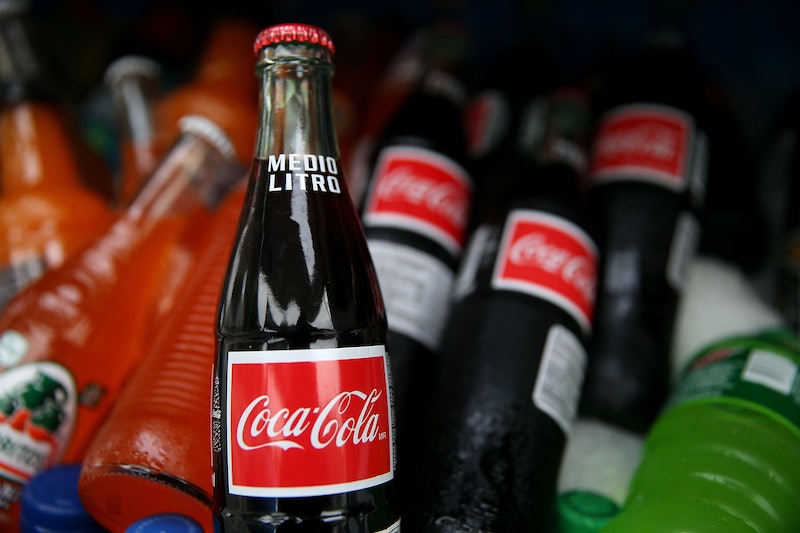 Language is super weird. I think about how weird English in particular, is every time I find myself having to say "that that," or wondering why "patio" and "ratio" don't rhyme. It makes no sense! But within the would of sociolinguistic phenomenons that I find worth rambling on about at parties the one that's most dominant is the great pop versus soda versus Coke debate. Seriously — just ask my roommate how many times I've drunkenly asked people about this one. It's a mystery, and I'm determined to get to the bottom of it.

If you aren't familiar with what I'm talking about, here's the gist: America is highly polarized on the issue of what to call those sweet, carbonated beverages that we love so dearly. I always grew up saying "soda," which makes sense because I'm from the Southern California — typically people from the West Coast and the Northeast say "soda." Southerners, by contrast, almost across the board refer to those drinks as "Coke" (yes, even when they're talking about sodas that aren't Coca-Cola. I agree that it's very confusing), while Midwesterners go with "pop."

The real question is, why do we all call it something different? Like, why can we agree that milk is just milk (although if anyone wants to get in on calling it "Udder Juice" with me, I'd be down with that), but for some reason soda is this big thing we all disagree on?

The answer is actually based primarily in geography. According to Wikipedia, the first soda fountains appeared in America by way of New Haven, CT, so the word "soda" became deeply entrenched in the vocabulary of East Coasters as early as 1863. By contrast, Coke became the generalized name for the carbonated beverages in the South and Southeast because Coca-Cola originated in the South.

So what about pop, then? The story goes that "pop" got its name from the sound that's made when you remove the cork from a bottle of...well, pop. Maybe if there hadn't been innovations like the soda fountain or Coca-Cola in other parts of the country, we'd all be using this onomatopoeia to refer to our soft drinks, too.

So there you have it: Mystery solved. As to why people have started washing their hair with soda? The jury's still out on that one.