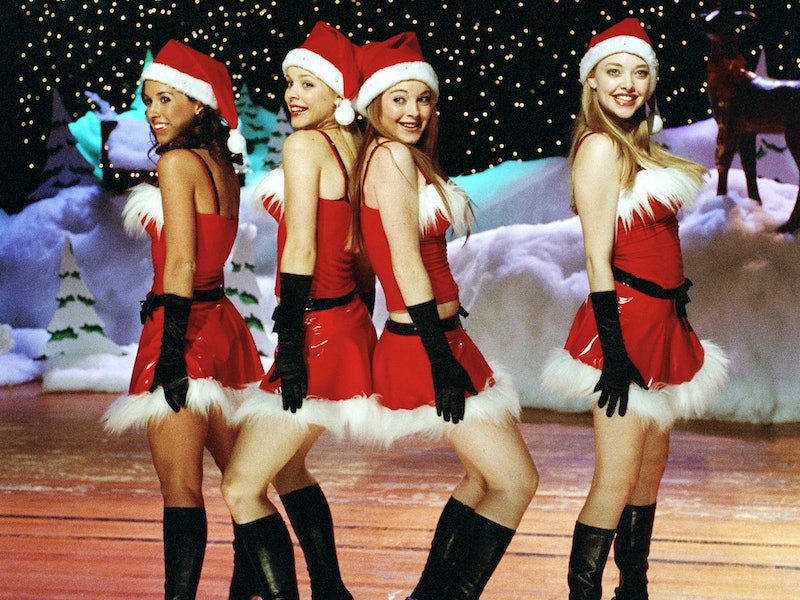 For film critics and scholars, there is much debate over what year was the best for movies. A good many argue that it was 1939, with the releases of The Wizard of Oz, Mr. Smith Goes to Washington, Stagecoach and several other classics. Some people insist that it was actually 1977, when Annie Hall, Close Encounters, and Star Wars ruled the box office. Others say it was 1994, when you had The Lion King, Forrest Gump, and Pulp Fiction. A few people even suggest that we're actually living in it now, with 12 Years a Slave, Gravity, Before Midnight, and the sure-to-be wonderful Her and Saving Mr. Banks.

Unfortunately, they're all wrong. The best year in movies is clear: 2004. What? You say. You mean the year that White Chicks came out? Yup. 2004 may not have seen as many movie masterpieces as 1939 or 1977 did, for example — although, as you'll read in a bit, it did have its share of A+ films — but it's notable for one key element: its appeal to millennials.

For those of us who've grown up on Facebook, who spent childhood debating between N'Sync and the Backstreet Boys, who call Hey, Arnold! classic TV, not a single year in movie history describes our generation as best as 2004 did. Don't believe me? Take a look back at 11 movies from '04 that we guarantee changed your life forever:

11. Eternal Sunshine of the Spotless Mind

This movie, guys. Besides, you know, being one of the best movies ever made, Eternal Sunshine gave us two important things: an insane respect for Kate Winslet, who solidified herself as one of the most talented actors in the industry, and the surprising knowledge that Jim Carrey, Serious Actor, didn't die with The Truman Show.

What's that, you say? A movie about two stoners who drive for hours on a quest for cheeseburgers grossed over 100 million dollars, spawned two sequels, and became one of the biggest cult hits of the decade? Our generation is weird.

Proof of 13 Going on 30's influence: For months after the movie came out, I went to literally a dozen grocery stores looking for Razzles ("It's a candy and a gum!") 13 Going on 30 made Jennifer Garner, then known primarily to sci-fi fans for Alias, a household name, and re-introduced the amazingness that is the "Thriller" dance into all of our lives.

It's hard to say what made Napoleon Dynamite, an indie comedy about a high school outcast, so popular with audiences. Was it the tater tots? The ligers? The complete, total absurdity of the entire movie? No one has the answer. All we really know is that when someone says "Vote for Pedro!," you know exactly who they're talking about.

At first glance, Sideways may not seem like a movie loved by millennials, but when you strip it down to its elements, you'll see why it's on the list. 1) It's a road trip movie (see: Little Miss Sunshine, Almost Famous) with 2) an anti-hero (see: Breaking Bad, Dexter) and 3) a future Emmy-winner (see: Sandra Oh, Grey's Anatomy) who 4) drinks a lot of wine (see: 20-somethings).

6. Harry Potter and the Prisoner of Azkaban

All of the Harry Potter movies are pretty generation-defining, but I'd argue that Prisoner of Azkaban, the third one in the series, was especially influential. Directed by Gravity's Alfonso Cuaron, it's the darkest movie of the series, and was important in marking the switch between the characters' childhoods and beginnings of adulthood — much like the viewers of the film, many of whom were around the same ages as Harry, Ron and Hermione when Azkaban was released.

Stream Harry Potter and the Prisoner of Azkaban here.

People can argue the merits of other romantic dramas, say Titanic, or Atonement, but millennials know that The Notebook wins the title of Movie Most Likely to Make You Collapse Into Sobs every time. Thanks to stupid-but-you-know-you-love-them quotes like "if you're a bird, I'm a bird," its gorgeous '40s fashion, and, of course, the wonder that is Ryan Gosling, The Notebook is a Gen Y classic.

Anchorman is perhaps the biggest example of one of millennials' favorite things: Judd Apatow. The man behind Knocked Up, The 40-Year-Old Virgin and several other top comedies produced this classic film, which introduced "stay classy, San Francisco!" into our vocabularies. The sequel's out in just a little over a month, and you can bet that everyone who spent their pre-teen years alongside Ron Burgundy will be hitting the theaters.

Zach Braff may be kind of annoying now with his creepy Tweets and that obnoxious Kickstarter, but back in the early '00s, he was a Big Deal. Most of this was due to his starring role on Scrubs, but Garden State, the acclaimed indie drama Braff wrote, directed and starred in, had a large influence. Unfortunately, that wasn't necessarily a good thing: The Garden State Effect was seen in movies for years to come, and could be noted for its hipster-approved soundtracks and inclusion of Manic Pixie Dream Girls.

Mean Girls is the ultimate movie for millennials. It's hard to believe that the film that introduced us to "fetch," social suicide, and the miracle that is Aaron Samuels came out nearly 10 years ago, but millions of 20-somethings across the globe can attest to its lasting influence. Mean Girls is to Generation Y what The Godfather is to Baby Boomers. Read: it's our bible.