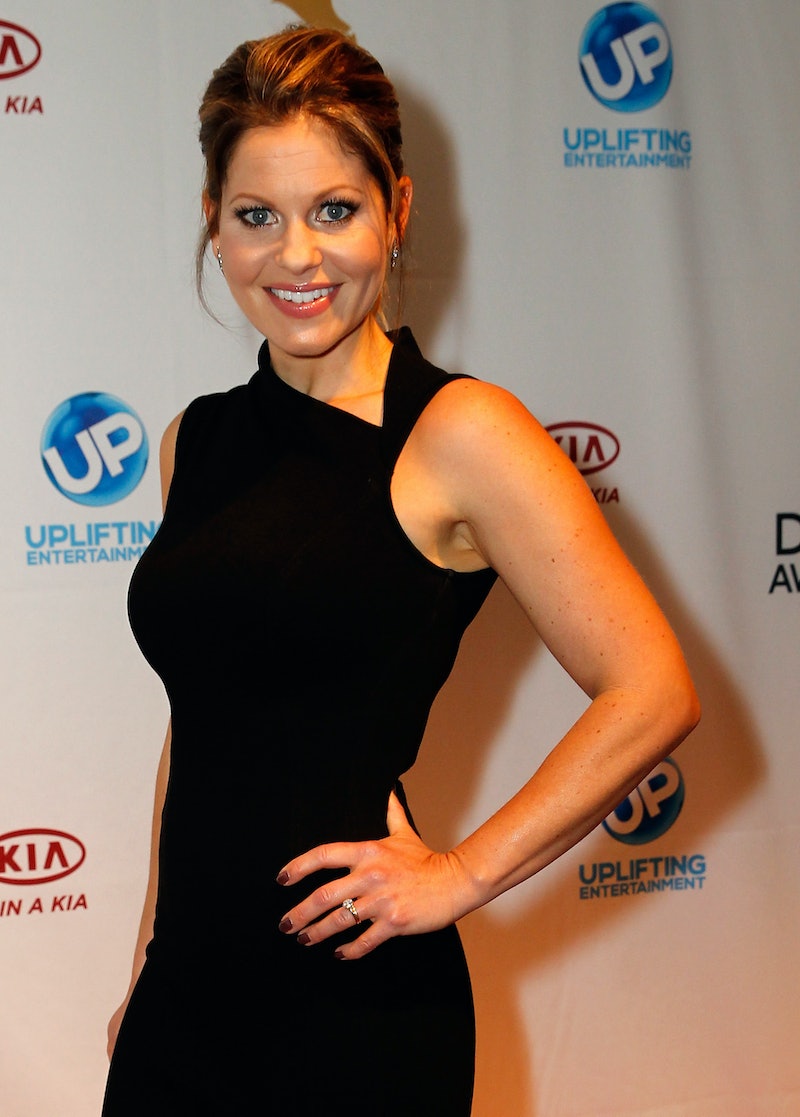 I'm sad to say that she might be the only one of the old Full House cast who wouldn't be opposed to a reunion of some sort, but hey, we can all dream, can't we? In a new interview with Us Weekly at a recent event in LA, Candace Cameron Bure revealed she would "totally" be up for a Full House reunion, even though those recent rumors of a new sequel series were a totally hoax.

"That wonderful rumor went everywhere," the sane Cameron child told Us Weekly. "It's been thought about for a long time. A lot of things would have to work out for that to happen. I keep saying, never say never. It did create great buzz so who knows?"

The rumors began a few weeks ago when an old Screenrant article meant as an April Fools joke was reposted on some reputable blogs including Yahoo! News. Some simple fact-checking would have proved that the article was a fake, though: The source of the report was listed as a newspaper that hasn't been in print for hundreds of years.

Still, Bure didn't deny that she would be willing to get together with her old castmates, including Bob Saget, John Stamos, Dave Coulier, Mary Kate & Ashley Olsen, and Jodie Sweetin. "I was 10 when I started the show...I was on it from 10 to 18 and now I have three kids, so that whole generation that grew up with me has kids. And then there is the generation that was Stephanie’s [Sweetin] age and Michelle’s [Mary-Kate and Ashley Olsen] age and a lot of us are moms now so I think there is a need for that type of show and clearly a desire so who knows?"

Sadly, this will probably never happen. Bure may not have done much with her career after Full House, but apart from Sweetin — who has had trouble with drug addiction since the show ended — none of those cast members have any incentive to participate in a reunion. Saget is too busy telling dirty jokes that would make Danny Tanner cringe, Stamos is too busy being a dreamboat, and the Olsen twins are too busy pouting at paparazzi and chain smoking to consider it.

Still, we can reminisce...with GIFs.