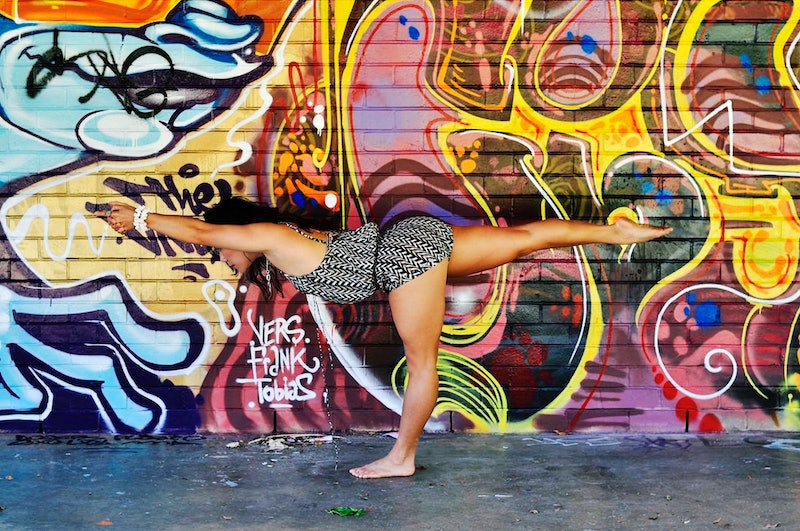 Chronic pain has haunted me since I was a teenager. Sometimes, it pops up in my lower back after sitting on the subway for a few stops. Once a month, I wake up with pain at the base of my neck so excruciating I can’t turn my head in any direction without tears stinging my eyes. For years, I simply put up with it. I chalked it up to stress, or the cheap mattress at my boyfriend’s apartment, or karmic retribution for the cute, heart-decorated pencils I used to steal in second grade behind Mrs. Hallman’s back. Last year, though, I discovered that there is a cause for it all: I have been unknowingly living with scoliosis.

Scoliosis is an unnatural curvature of the spine, affecting 7 million people in the United States. The primary age of onset is 10-15, and females are eight times more likely to suffer from it than men. Eighty-five percent of the cases are idiopathic, meaning the condition arises spontaneously from unknown causes, and many people go undiagnosed — like me. In addition to pain and limited activity, symptoms can include reduced respiratory function and diminished self-esteem.

I had been experiencing all of these side effects, but nobody had ever bothered to take a closer look. The first doctor I visited in my teenage years immediately prescribed me painkillers — weak ones, at that — and told me to sit up straighter. Nobody else had even mentioned the possibility of scoliosis, so it never occurred to me that I might be afflicted by it.

Since my very first yoga class, I had known the practice was meant to help people with back and neck issues, so I relied on it instead. Whenever I felt the slightest tightness in my back, I would run to the studio in a huff and power through any class I could get my hands on. I overworked myself into postures, thinking yoga could be my cure. I even went to teacher training and made it my full-time job. At times, I found relief; but overall, I completely exhausted myself, and the aches and pains never truly left me.

Last year, my partner finally convinced me to see a chiropractor. Dr. Marc came highly recommended and was described by one patient as “sunshine walking at you.” He was bright and friendly; he asked me questions about my lifestyle and the different kinds of pain I was experiencing, things nobody had dared to inquire about before. He took my x-rays and requested I come back in a week to go over the results.

The next Thursday morning, I sat on the blue chiropractor table nervously twiddling my thumbs. Dr. Marc walked in the room wearing a button down and a warm smile, holding the x-rays in his hands. He gently said, “I don’t want you to be scared. There is serious structural damage here, but it looks worse than it actually is.”

I suddenly had the urge to pee, or at least create a diversion and run out of the office. Without giving me a chance to do either, he promptly turned off the overhead lights and stuck the translucent images into place.

We started by looking at my sacrum, the base of my spine. My hips were incredibly out of whack; the left was tilted upward, while the right ominously leaned forward. In an attempt to compensate for this misalignment, the thoracic spine was dramatically curved like a backwards C. (Apparently, this results in my ribs often being popped out of place. Yeah, ouch.)

The x-rays were etched into my head like a snapshot of a possessed old lady from a horror movie, the kind that has rotting teeth and blood-red eyes.

But my cervical spine finished it off with a big bang. It lacked natural curvature, meaning there was uneven distribution of the weight of my head. He pointed to a series of pictures on the wall showing how the cervical deteriorates over time. My neck resembled that of a 60-year-old.

“This is the one I’m most concerned about,” he said genuinely. “We have to do some work to restore the curve in your neck.”

He told me that the other damage in my spine wasn’t good, but it was still functional. My neck, on the other hand, would end up debilitating me if I didn’t take precautions. Turns out, the crippling discomfort that left me incapacitated once a month was actually nerve pain, and my neck was trying to tell me it didn’t have the proper resources to support my heavy head. The doctor gave me exercises to do at home and recommended I start coming in for regular treatments.

“How did this happen to me?” I asked timidly, the disbelief creeping into the last legs of hope I was standing on.

“It’s mostly genetic, definitely,” he said. He had been working with my mother for the past year, so he added, “Your mom has nearly an identical structure.”

I nodded. We chatted for a few minutes about which life choices may have exacerbated the scoliosis: There was a period in my life when I was going to Crossfit six times a week, which probably contributed to the aches; all the consecutive years as a full-time student, carrying 40 lb backpacks across campus and sitting hunched over at a desk all night long, certainly made it worse; even the long commutes I used to do on a bicycle in Boston could have played a role.

I drove home in shock. Seeing images of my body that tell a story of abnormality was frightening. It made me feel like a freak, like I wasn’t whole. The x-rays were etched into my head like a snapshot of a possessed old lady from a horror movie, the kind that has rotting teeth and blood-red eyes. I was scared that any movement would cause my spine to snap. I was terrified that I would be huddled over like that petrifying grandma by the time I was 35.

Two days later, I woke up with the familiar, ice-picking nerve pain — no doubt connected to the anxiety that was stirring inside of me. I ran to hot yoga, as usual, and grimaced my way to final savasana. But when the discomfort was still there, I called Dr. Marc. We scheduled an emergency appointment and I found myself once again on the blue table.

“Nerve pain isn’t like muscular pain, which you can ease by stretching,” he said firmly. “You have to learn how to rest when your neck tells you to. That means yoga too — pushing yourself too hard could make your condition worse.” Those words were foreign to me. I had been treating yoga as my savior.

I did some serious thinking when I got home, after I shed a few tears and snacked on a grilled cheese. I’d always believed in the asanas and their healing properties. But was I dependent on my yoga? And was I even listening to what my body was trying to tell me?

I didn’t go to my studio for the next four days — a first. My nerve pain was gone much quicker than usual, partly because of Dr. Marc’s work — but also due to my decision to sit still for once. When I finally did go back, I set my mat up in the back corner of the room. I took it slow. I noticed how one side of Half Moon pose was far more crooked than the other, how one hip naturally rises higher when I’m in plank. I felt the strain in my lower back during forward bends; I wasn’t engaging my abdominals enough.

I realized quickly that I needed to sacrifice depth in order to achieve proper alignment. That meant the postures might not be as aesthetically pleasing, or feel as immediately gratifying. But I walked out of that class on a cloud, without a single shred of soreness, with a big, dumb grin on my face.

For the next few months, I worked hard to change the way I did yoga. I did my best not to care whether my students were stealing glances at me during the practice, wondering why I was no longer at the front of the room. When it was time to push myself, I did, and when it was time to rest, I was at home, happily horizontal. My poses actually got stronger over time.

Scoliosis has taught me how to be gentle with myself, how to recognize pain, and how to love my body, disfigurement and all. I now have more control over my asanas. Even though I still experience dull aches and stunted movement, I haven’t had nerve pain for almost six months (knock on wood).

Recently, a student came to me before I taught her class to inform me about her bad back. She said, “You wouldn’t know anything about that. You’re so young and good at yoga!”

I laughed with her; I told her my story. She looked at me wide-eyed — with recognition — and asked if I could help her. I whole-heartedly agreed, grateful that another good thing could come out of my crooked spine.

More like this
How Yin Yoga Delivers TLC To Tight Muscles
By Carolyn Steber
Bobby Berk Explains How To Maximize Every Inch Of Your Bedroom Storage
By Marilyn La Jeunesse
This Psychological Effect Might Be Keeping You From Hitting Your Goals
By Lexi Inks
The 5 Best SLS-Free Toothpastes, According To Dentists
By Amy Biggart and Danielle Calma
Get Even More From Bustle — Sign Up For The Newsletter