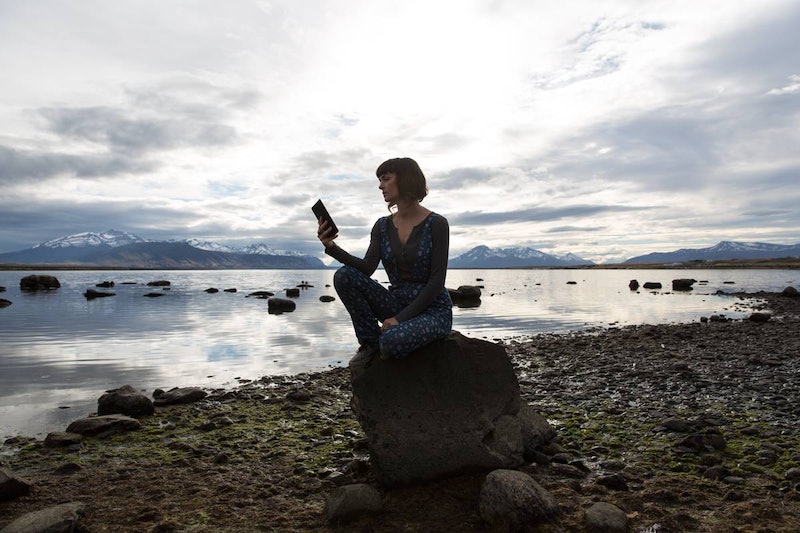 Hey, digital readers! You might not be someone who cares much for fonts and typography, but with Amazon and Google’s new fonts for their e-readers, you might want to be. These just-released updates aren’t only for show; your e-books actually may get easier to read now. It turns out that, according to the Wall Street Journal, fonts can actually affect how fast and how well you read. Who knew, right?

Amazon’s font Bookerly was introduced quietly and exclusively on certain platforms back in 2014, but with the release of the new, upgraded Kindle Paperwhite, Amazon has begun promoting the new font. Amazon’s new font is designed to make e-books more readable. “Together, these details help you read faster and with less eyestrain, so you can lose yourself in the author’s world,” said Jeff Bezos, Amazon’s Chief Executive. Sounds exactly like what I'm talking about.

Here are your nerdy details if you're curious: Bookerly replaces Caecilia as the default font on the Kindle. According to Fast Company, there were quite a few criticisms of the Caecilia font. Amazon’s website describes the new font as “warm and contemporary,” but, as senior designer at Monotype Charles Nix said, all this nuance is probably lost on most readers (like me) who can barely tell the difference between Times New Roman and Garamond.

“All of the angels dancing on the head of a pin — whether Bookerly is better than Caecilia — is lost on a large portion of the population,” said Nix. Nix knows what he's talking about because Monotype is the company that produced the Bookerly font.

Whether or not you know all the fancy typography terms — the “cap heights” and “apertures” and “descenders” — Amazon’s Bookerly is getting some great reviews, and Google’s Literata, though receiving some criticism about weird italics, is still considered an improvement.

It looks like e-books are steadily improving over the years. Who knows, maybe they’ll even find a way to replicate that wonderful real book smell!

More like this
The 20 Best Audiobooks To Fall Asleep To
By Aoife Hanna and K.W. Colyard
100 Clever Gifts Under $25 When You Have No Idea What To Get
By Maria Cassano
Using Your Pet’s Name As A Password? Here’s Why You Might Want To Change It
By Cristina Sanza
The 10 Best Waterproof Watches For Swimming
By Lauren Moison
Get Even More From Bustle — Sign Up For The Newsletter