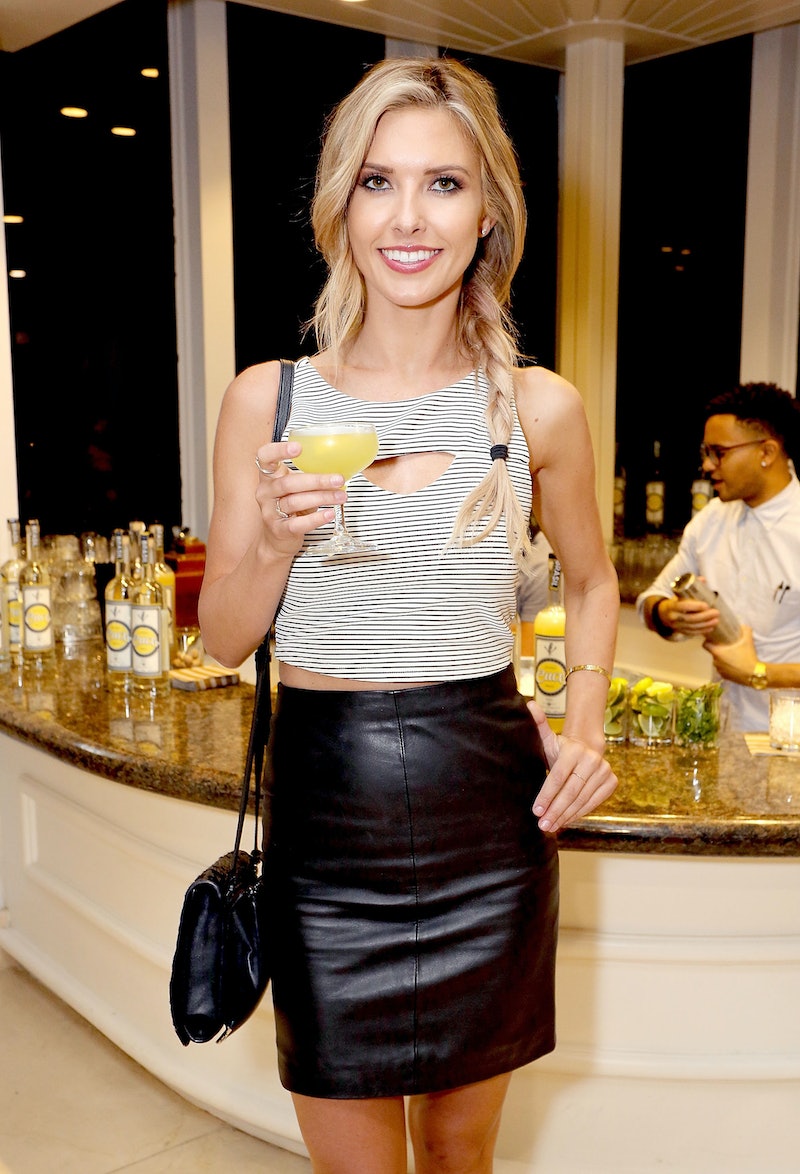 Nearly one decade ago, viewers were introduced to Audrina Patridge, Lauren Conrad's sweet and down-to-earth new friend on The Hills . Nine years later, Patridge has — quite literally — moved on from the California-set reality show. As the host of NBC's 1st Look , she travels around the world, seeking thrills that are not for the feint of heart or stomach. "They did a whole segment on bizarre eats, so it was all bugs and scorpions and crickets and larvae. You name it," she tells Bustle. "So that was probably one of the grossest things on the show was [eating] bugs. Other than that, we do a lot of good, fun, outgoing, spontaneous things. Always pushing the limits." During a break from filming 1st Look, Patridge sat down with me to chat about how things have changed since her days on The Hills.

"I feel like I grew up on The Hills," she recalls. "I went through all of my experiences, good and bad, on The Hills, on camera. It’s hard because you’re on camera and you’re going through this stuff and people are judging you for it."

Looking back at the show, Patridge reveals the advice she would have given her younger self. (Spoiler: Her words of wisdom are something we should all remember!)

"But if I could go back, I would probably say 'no' a lot more," she says. "Definitely use my 'no' muscle. I would just be myself. I don’t regret anything. I had a blast and I kind of am who I am today from what I went through. But I do have trust issues with a lot of people and certain scenarios, just because on the show and everything, you think you can trust someone and they stab me in the back. I do have trust issues. If I could go back and say no to a lot more things and probably not be so naïve and trusting."

While the show perfectly preserves early '00s fashion moments, it didn't always give an accurate portrayal of the cast-members.

"There was always something," Patridge explains. "You know, we were sent the DVD every Sunday night to watch it because it aired on Mondays and if we had to do press or interviews, we had to know what the edit was, what they put together. Sometimes I’d watch it and be like 'That’s not what happened! You guys can’t air that.' I stuck up for myself, I said something. I didn’t sit there staring at the wall at nothing. So certain things like that would kind of make me upset because I had a voice and they would cut it out. They didn’t air it."

Don't worry, true to her easy-going personality, Patridge is shaking off the portrayal with a smile.

More like this
Kim K Broke Her Strict Diet After The Met Gala By Eating These Two Favorite Foods
By Hugh McIntyre
Kourtney & Travis Crashed His Daughter’s TikTok Live In Their 2nd Wedding Outfits
By Grace Wehniainen
When Was 'Bling Empire' Season 2 Filmed?
By Alyssa Lapid
Everything To Know About 'RHONJ' Season 13
By Brad Witter
Get Even More From Bustle — Sign Up For The Newsletter