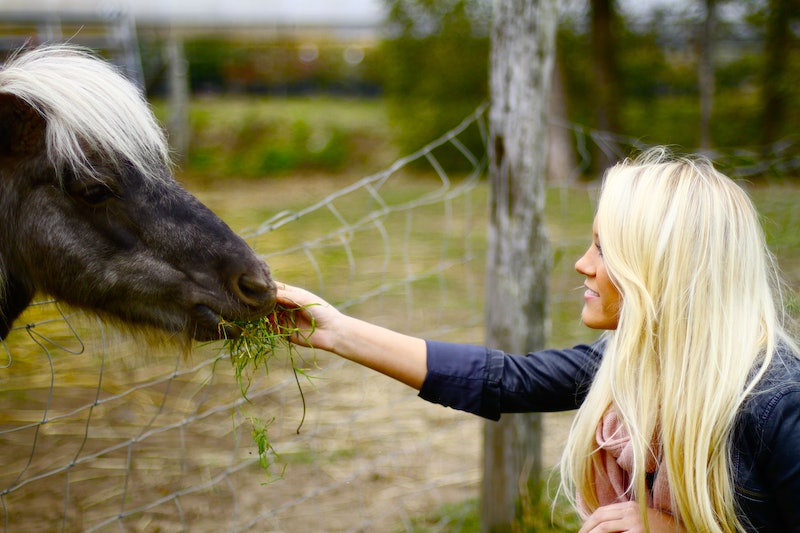 "Nothing will benefit human health and increase chances of survival for life on earth as much as the evolution to a vegetarian diet."

I became a vegetarian when I was five years old. My decision made me the only non-meat eater in a family of ten, if you count two loving parents, five siblings, and three dogs. It was a choice I was stubbornly set on after finding out that my favorite food, pepperoni pizza, was made from my favorite animal, pigs. Luckily for me, my parents were one hundred percent on board with I wanted to do, and supported my new dietary choice, even if they thought it was a short-lived phase.

It wasn't a phase. When I was six, my teacher asked her first grade students what they wanted to be when we grew up. My class was filled with astronauts, cowboys and ballerinas, a few NBA sports stars, the usual lot. When it came time for me to share, I responded without hesitation: "A judge," I said. "So I can punish people who hurt animals." This response, which found its way to my parents ears, always struck them as curious. They were surprised that I had such a strong passion for the well-being of animals at such a young age and also possibly concerned by the level of conviction in my response: I wanted to punish those who hurt animals.

When I was seven, a friend and I were tucked into the back seat of a Subaru on our way to the Oregon Coast when we passed an open cargo truck of cages filled with turkeys, presumably en route to the slaughterhouse. I commented on how sad it was, and my friend was confused: "Why?" she said. "They're just turkeys." And she was right, they were just turkeys, just like you and I are just humans. I replied with sincere curiosity: "But what makes our lives more valuable than theirs?" She didn't say anything. "If I could trade my life to save all those turkeys, I would." She rolled her eyes at me, and the conversation concluded.

It might sound as if I was an extremely morbid child, offering up my life to save a few dozen birds from becoming sandwich meat, but I swear to you, it's an offer that I still wouldn't rescind. The feelings behind that impulse were always difficult for me to put it into words, until I read Jonathan Safran Foer's book Eating Animals.

He describes in eloquent prose what I was attempting to express as a child: Yes, a turkey is just a turkey. It doesn't have much capacity for creative thinking, it doesn't live as long as a human in the wild (3-4 years) and certainly not in captivity (26 weeks), and it isn't as "intelligent" as we are. These are things we know. But something we don't often pause to consider is that a turkey, just like all animals, has the exact same capacity for suffering and pain as any human being. While it may not be able to read or solve equations, it feels excruciating pain when it has its wings clipped, is separated from its family, and has its head cut off for our Thanksgiving table. If turkeys feel pain and suffering on the same level as humans, does the rest of it — intelligence, creative thinking — even matter?

What about the tradition that the turkey represents? This is one of the questions I'm most often asked as a vegetarian, but it's usually posed as a statement of fact: It can't be wrong to eat meat if we've done it for thousands of years. False. As history has shown, tradition rarely has anything to do with morality and often flies in its face. We've murdered, pillaged and raped other people for as long as we've eaten meat, if not longer. Should we continue to rape our neighbors because it's tradition?

Safran Foer talks about the tradition of turkeys: "The Thanksgiving turkey embodies the paradoxes of eating animals: what we do to living turkeys is just about as bad as anything humans have ever done to any animal in the history of the world. But what we do with their dead bodies can feel so powerfully good and right. The Thanksgiving turkey is the flesh of competing instincts—of remembering and forgetting."

Let's be clear about how flimsy this tradition actually is. The pilgrims probably didn't eat turkey on Plymouth Rock, they likely ate deer, or they may not have eaten any meat at all. But let's imagine that the pilgrims did eat turkey for the first Thanksgiving feast. Our modern day turkey, the turkey we fill with stuffing and adorn with cranberries, would have been unrecognizable to the pilgrims. Today's turkeys are bigger and juicier because the turkeys the majority of Americans eat for Thanksgiving today are animals that never took in a single breath of fresh air until they were shipped for slaughter. When we eat them, they fill our bellies with the antibiotics that they were injected with while living. They are incapable of reproducing. These animals have been bred so large, so colossal in size, that they can barely stand on their own two feet. If the pilgrims came across one of the turkeys we eat for Thanksgiving today, they likely would have had no idea what it was.

As people, we are blessed with certain abilities that other animals don't possess. And because we are gifted in some respects, we can proceed in two directions with regard to other animals' welfare: We can continue to exploit them, killing 27 billion (in the US alone!) for food each year, or we can use our power for good. Animals have no way to communicate with us, and because they are silent and trusting creatures, it becomes easy to forget that we inflict a constant genocide on their kind. When a cow in a slaughterhouse has a metal rod shoved into its skull, the cow in line behind it starts to cry because it knows that same fate will soon be its own. I can't imagine feeling such utter hopelessness.

Safran Foer interviewed many slaughterhouse workers, one who told him: "Pigs on the kill floor have come up to me and nuzzled me like a puppy. Two minutes later I had to kill them — beat them to death with a pipe... you develop an attitude that let's you kill things but doesn't let you care." That same chapter describes on one page how a pig is killed. And on the top of the page, I've scribbled in blue ink, "I couldn't finishing reading this."

I know many humans who would do anything for their dogs (myself included), but what we often don't realize is that most of the animals we eat are more intelligent than our pets. Pigs are among the smartest animals on the planet — they are clean, have excellent memories, strong family bonds, and would be much easier to house train than a puppy, but these simple facts are often overlooked because we have assigned each animal a role: We eat pigs, we play with puppies. We gut baby cows, we cuddle with kittens. This is the way the world works.

Except that it doesn't have to work that way. In fact, some of the most intelligent, powerful, and creative people who have ever lived were vegetarians because they thought it shouldn't. Einstein opted not to eat meat because he thought human beings were better off without it. John Lennon once said, "If slaughterhouses had glass walls, everyone would be a vegetarian." Leonardo Da Vinci wrote: "The time will come when men such as I will look upon the murder of animals as they now look on the murder of men." Even Abraham Lincoln, who spoke openly about animal rights, was said to be a veggie. Athletes including Ricky Williams, Joe Namath and dozens more have chosen a meat-free diet.

Animals in slaughterhouses "live" a life I wouldn't wish on an enemy. They exist solely to die. This fact, the idea of living a life for the purpose of dying, was something I thought about often as a child. It's what drove me to stop eating meat, and after speaking with friends though out the years, I've realized this "aha!" moment, the moment you realize what you're eating used to be living and breathing and feeling thing, is a moment nearly every child experiences. To our childhood minds, the idea of shoving a cattle prod into a cow until it bleeds, the same animal we learn goes "moo" on Old McDonald's farm, is unfathomable. Many people get past that moment. A grownup provides a believable-enough-at-the-time rationale for why it's OK to eat Mr. McDonald's cow. But we're all adults now, and when we confront the facts, does the rationale still hold?

When we have the opportunity to understand exactly where our food comes from, it's impossible to remain ignorant. The question is, what will we do about it, and what will we tell our children when they asked where the Thanksgiving turkey came from?