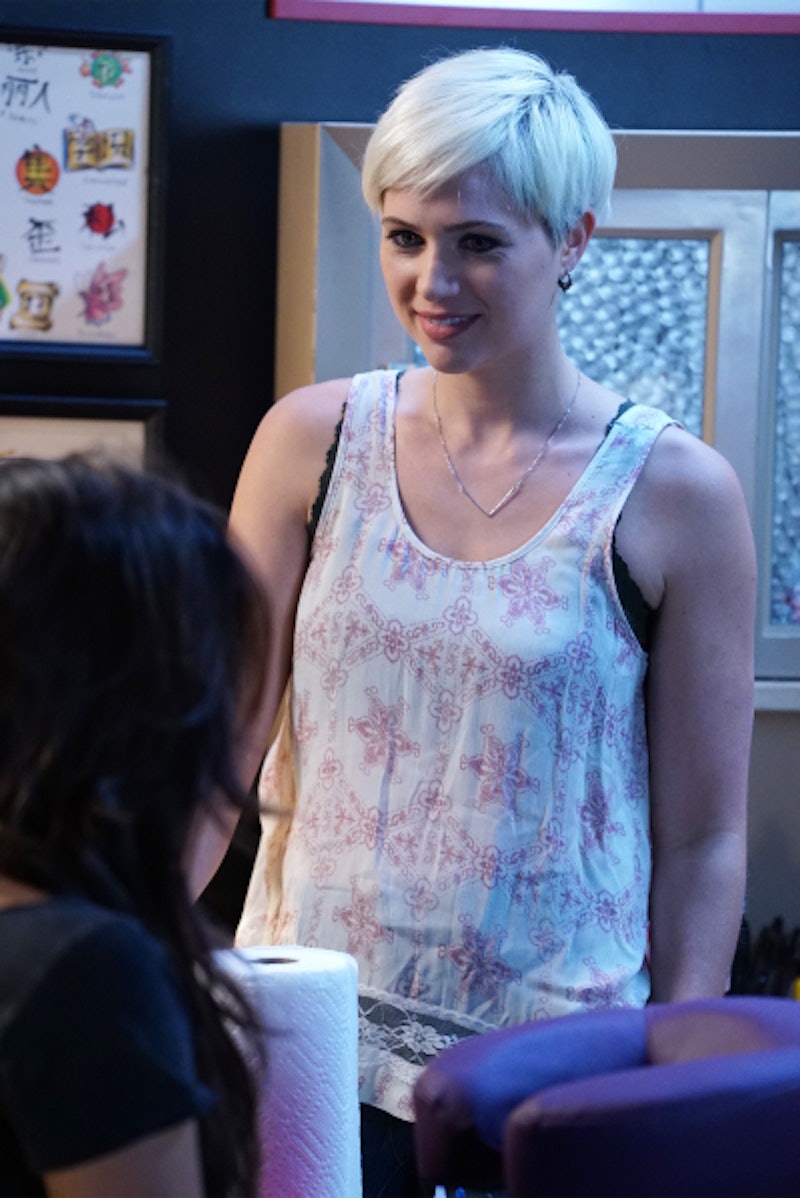 Pretty Little Liars took a sharp turn in a completely different direction in Tuesday's episode "Don't Look Now," and fans officially have no idea what to believe. After fans learned that Big A is Charles DiLaurentis in the Season 5 finale, the show revealed something in Season 6 that made the whole Charles thing even more confusing: Charles is allegedly dead, which means that someone has been posing as Charles this entire time. While we have no idea whether any of that is true (Charles could have faked his own death just as he faked Mona's) there is one person who might know more about his identity than we thought, and that's Charles' first victim, Sara Harvey.

We don't know much about Sara's past, but we know that she was kidnapped by A to act as an Ali doll. However I have to wonder, is that her only connection to Charles? I'm not so sure. Whether or not Charles and A really are one and the same, there's a possibility that Sara knew Charles before she was abducted, and that she was an integral part of his master plan for quite some time. And it could all trace back to sinister intentions from both A and Sara.

The thing that strikes me about Sara is that she not only physically resembles Ali, but also does in personality as well. Sara was described as a Queen Bee of her school and had just as many enemies as friends, just like Ali. Perhaps A knew this and stalked Sara for weeks before the crime on "that night" happened, and realized that she would be a good substitute for Ali. Maybe the reason why Big A got to know Sara initially was so that she could be a body double for Ali when he took Ali back to his lair — once Ali slipped through his fingers, he decided to make her more than just the body double.

I don't think that Big A just "ran in" to Sara in the parking lot and saw her resemblance to Ali. I think that Big A knew she wouldn't be missed by her mother and took her because he knew she would be a decent substitute for Ali in more than just her looks. That would mean that, in all likelihood, Sara has met Big A before — she just had no idea who he (or she?) really was. Sara might hold the key at unlocking Big A's real identity, and if that's the case, let's hope she puts things together soon. For more Sara theories, check out Bustle's Pretty Little Liars podcast below.