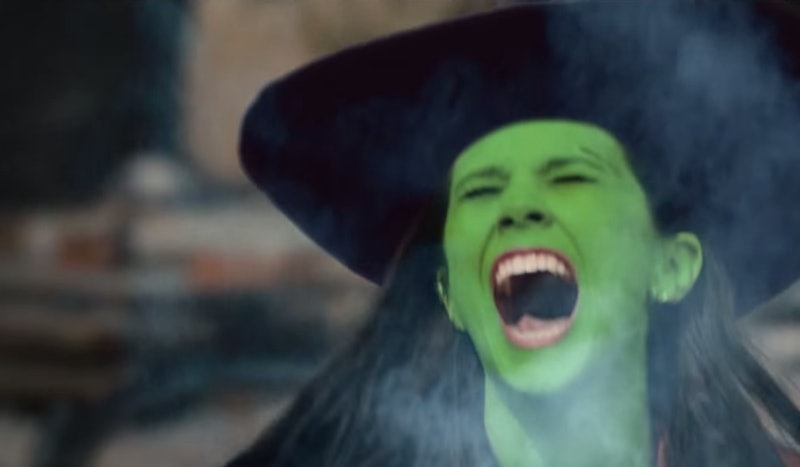 There are so many mashups and parodies of popular films created every day that a good one really stands out — and an easy way to make your video go viral in the vast ocean of YouTube is if you are a talented visual effects artist. Such is the case with Darren Wallace, an Australian visual effects artist who just broke the Internet with his Avengers: Age Of Ultron and Wizard of Oz mashup. Titled Avengers of Oz: Age of Tinman (A+ title!) this parody not only comes up with perfect parallels between the two stories, but it manages to seamlessly impose the Oz characters onto the backdrop of the Marvel universe.

The movie casts the beloved heartless Tin Man in the role of Ultron, giving him glowing red eyes and a creepy growling James Spader (who voiced Ultron) voice. "There are no strings on me," he eerily proclaims. The Wicked Witch becomes Scarlet Witch, and the Cowardly Lion is perfectly cast as Thor. The Scarecrow is Captain America, and Black Widow is given the role of Dorothy (only hinted at by attaching her basket to Black Widow's motorcycle). Check out the hilarious and slightly terrifying reconfigured trailer for the sadly fictional mashup below, and make sure to check out the rest of Wallace's amazing creations.