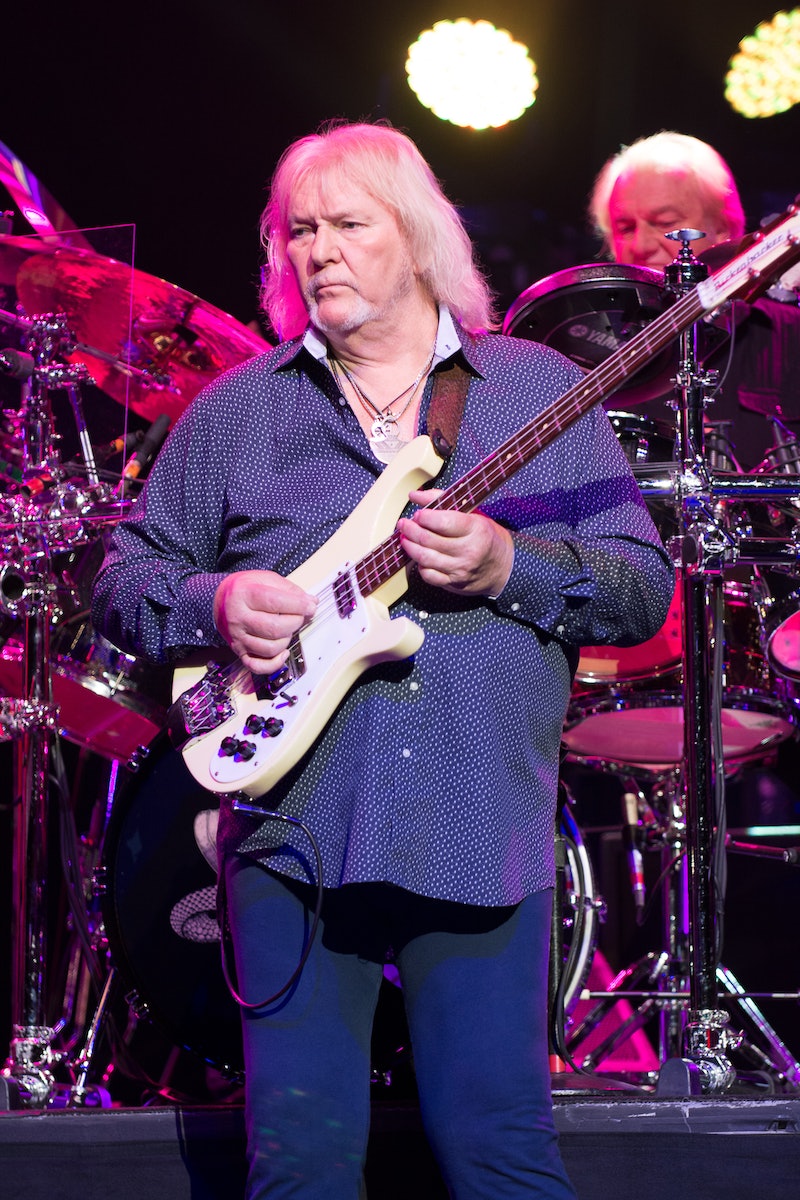 There is some very sad news for rock and roll fans. Yes co-founder Chris Squire has died, after a tragically short battle with leukemia. The rocker passed away on Saturday, June 27, at just 67 years old. He was a bassist, songwriter, and singer for the band Yes, and was the only band member who has appeared on all of the Yes albums. This is a tremendous loss to the rock and roll community, and it seems like it all happened very quickly. His cancer diagnosis was only revealed last month in a post on the band's official website. Squire had acute erythroid leukemia, which is a rare form of the blood cancer.

On June 28, Yes confirmed the sad news in a written statement on its official Facebook page: "It’s with the heaviest of hearts and unbearable sadness that we must inform you of the passing of our dear friend and Yes co-founder, Chris Squire. Chris peacefully passed away last night in Phoenix Arizona. We will have more information for you soon." And in a tweet posted Sunday morning, Geoffrey Downes, keyboardist for Yes, said that he's "utterly devastated" by the death of his "dear friend, bandmate, and inspiration."

The band Yes was formed in 1968 and has been going strong ever since, even with some major shake-ups along the way. Plenty of band members have come and gone throughout the years, but Chris Squire was the one constant presence in the group as a writer and bassist. In May of this year, Yes performed for the first time without Squire, as he dropped out from the band's summer tour with Toto because of his illness. As expected, the news of his cancer was a major shock to the fans and his fellow bandmates, who were all used to him being such an integral part of Yes.

It is very sad to see Chris Squire go, but he will always be remembered and appreciated by his fans, friends, and band mates for his amazing talents. Our condolences to Squire's family during this difficult time.