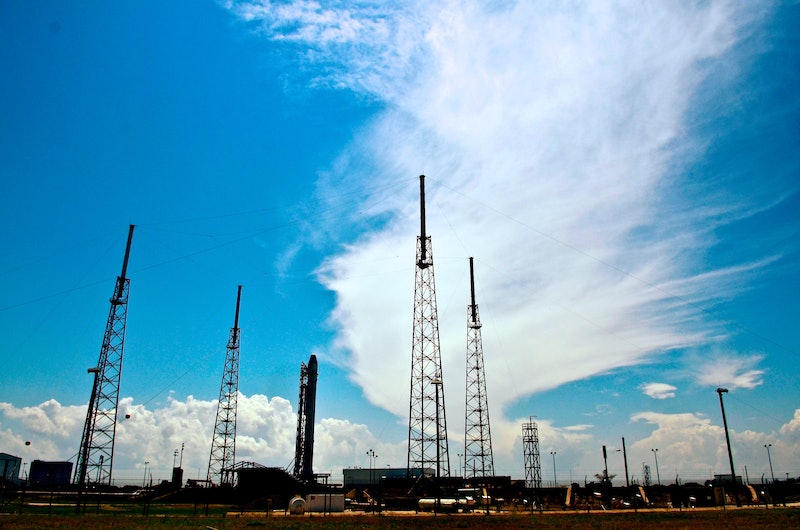 A press conference was held on Sunday afternoon to discuss the SpaceX Falcon 9 explosion that occurred earlier in the day, destroying over two tons of supplies and research equipment, as well as student projects. The rocket successfully completed its first stage, only to experience what officials are describing as an anomaly just 139 seconds after launch. So, why did the SpaceX Falcon 9 explode?

According to tweets from both SpaceX and founder Elon Musk, the issue that led to the rocket's explosion less than halfway through its ascent was due to overpressure in the liquid oxygen tank which propels Falcon 9. Additional statements from NASA Manager Stephanie Stilson further confirms that this was a second stage issue. Says Stilson:

We experienced an anomaly which led to a failure of the mission. We are obviously collecting data rigth now and will be for the next few hours. What I can tell you at this point is that the first stage flight remained nominal. We do not consider this a first stage issue.

SpaceX COO Gwynn Shotwell suggested that there was no destruct signal issued by the spacecraft prior to exploding. Video data is being retrieved from the first stage liquid oxygen tanks, although there is no such video recording for the second stage. This may provide additional insight as to what caused the overpressure issue. According to Shotwell, though, "nothing stands out as being different for this particular flight."

NASA's Associate Administrator of Human Exploration Bill Gerstenmaier described the explosion as showing the difficulties of lower orbit travel. The loss of the unmanned rocket may have a silver lining, Gerstenmaier says, in that it will provide important information leading up to the commercial crew flights that SpaceX is eyeing for December 2017. Gerstenmaier stressed that, while the loss of supplies and research materials is significant, it will not impact the dates of upcoming launches. He did, however, lament the back-to-back losses of Dragon spacecraft:

What we expected through the commercial cargo program was that we would lose some vehicles. I didn't think we'd lose them all in one time frame but we have. There's no negligence no problems with this. It just shows the challenges of space flight... The important thing is we stand down just long enough to understand the failure, to internalize the learning, and to move forward.

Given the fact that all components of Falcon 9 were made by SpaceX, the investigation process will be slightly more expedient thanks to the parts' familiarity and data availability. Shotwell mentioned in the press conference that, as of right now, there is no timeline on how long the investigation will take, though she surmises it will be over in under a year. SpaceX currently has a $1.6 billion contract with NASA and thus will be conducting the investigation under FAA oversight. According FAA representative Pam Underwood, the flight itself was sanctioned and the investigation is already underway:

This activity was conducted on an FAA launch license. This is being classified as a mishap. That means going forward the investigation will be conduced by SpaceX with FAA oversight. We currently have 50 inspectors that are onsite right now monitoring the activities. We will continue this as Spacex continues to work through their investigation. That's all we have at the FAA at the present time.