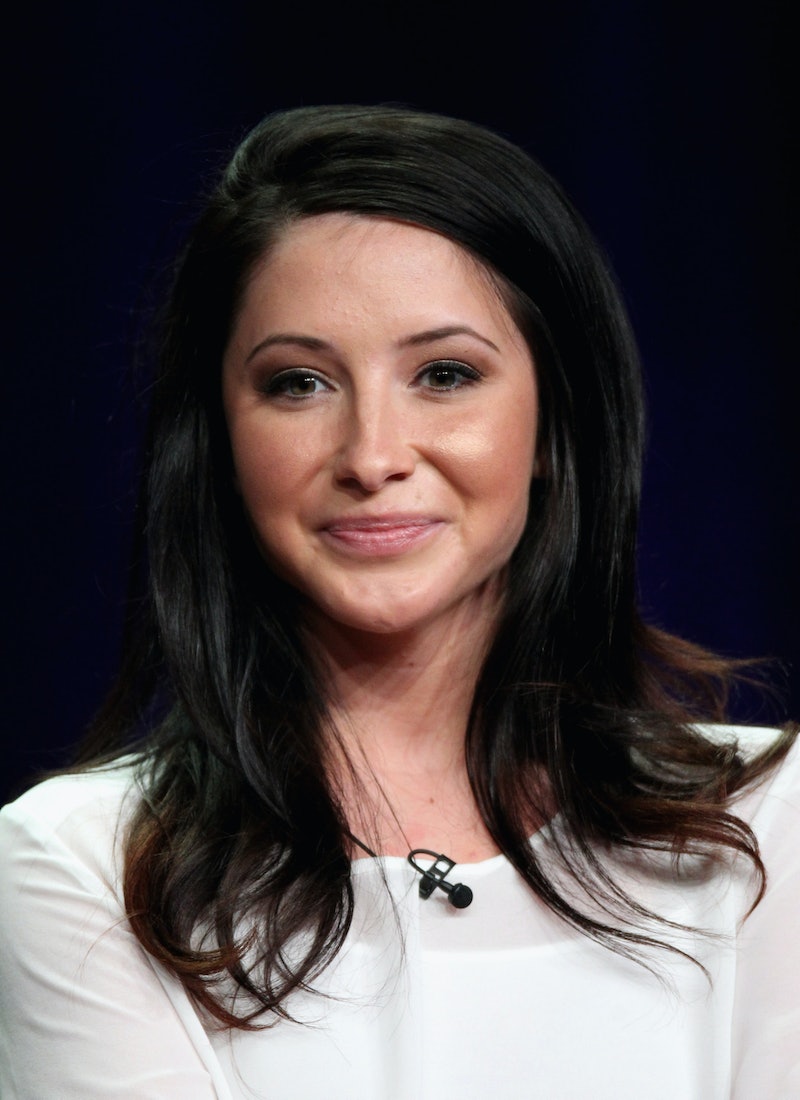 No matter where you may stand politically, it seemed like everyone has had something to say regarding Bristol Palin's second pregnancy. Sarah Palin's daughter, who had her first child at age 17 while her mother was running for Vice President back in 2008, revealed the news that she was expecting again on Jun. 26 in a note that seemed to imply that the pregnancy was accidental (the young mother has worked as very vocal advocate for teen abstinence). Yet now the 24-year-old, who broke off her engagement to Dakota Meyer in May, is changing her tune: in a new blog, Bristol Palin says that the pregnancy was planned.

It's certainly a change in tone. In the blog entry that she used to announce her pregnancy last week, Palin wrote, "Honestly, I’ve been trying my hardest to keep my chin up on this one." She also said, "When life gets tough, there is no other option but to get tougher. I know this has been, and will be, a huge disappointment to my family, to my close friends, and to many of you." This wording was far from enthusiastic, so no one expected her to come out and say that expanding her family was a predetermined move, especially considering that she and Meyer called off their wedding a week before its Memorial Day plan.

But now, Palin is changing her tune, saying that the new pregnancy was not the disappointment she originally said it was. Once again, she turned to her personal blog to share her point of view on the subject, writing, "I made a mistake, but it’s not the mistake all these giddy a$$holes have loved to assume. This pregnancy was actually planned. Everyone knows I wanted more kids, to have a bigger family. Believing I was heading that way, I got ahead of myself. Things didn’t go as planned, but life keeps going. Life moves on."

Good for her! Regardless of whatever drama is truly behind the pregnancy, it's great that she has such a positive attitude about her situation. The best part of the post was where Palin talked about looking forward to growing her family and seeing her son Tripp in the big brother role. "I do not regret this baby," she wrote. "This baby is not a disappointment, and I cannot wait to be a mom times two. Tripp is going to make the best big brother!!"

It doesn't matter what political party you belong to or whether you are a fan or critic of Palin — we should all be hoping for the best for her and her growing brood, and putting our focus, like she is, on what matters: family and support.