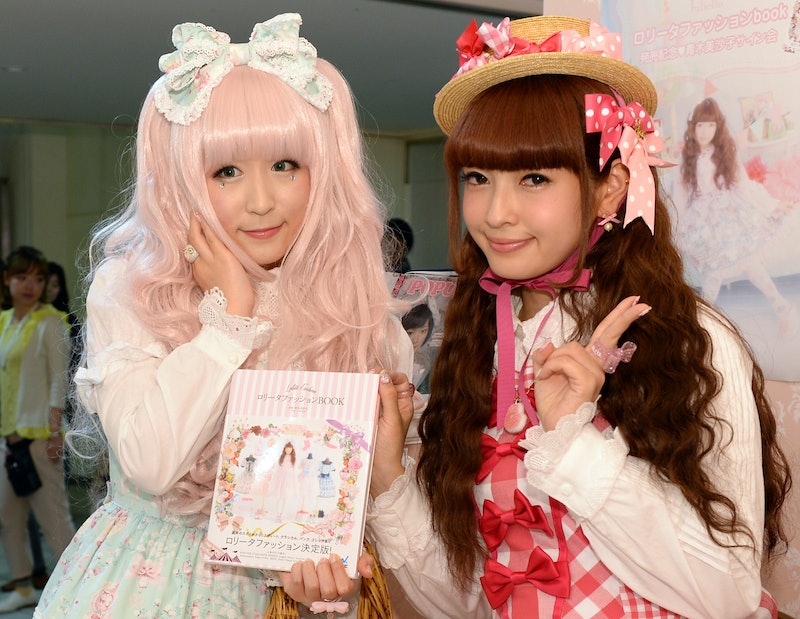 No, we're not talking about Vladimir Nabokov's novel. Lolita is a subculture focusing on Victorian-era clothing that started in Japan, and has gained significant traction in terms of fans and followers. And there's one in particular that's garnering a lot of attention: Say hello to "The Hijab Lolita," who talked to Vice about the hateful stereotypes and how she combats them.

If you're not familiar with Lolita fashion, it's a style of dressing with the original silhouette consisting of a skirt or dress with a "cupcake" shape, thanks to petticoats. Of course, there are variants and more styles that have been added, but traditionally, it starts with the shape.

Enter Alyssa Salazar, otherwise known as "The Hijab Lolita." Her Tumblr, where she posts photos of her outfits, has over 10,000 followers. Salazar, who is a convert to Islam, has gained a huge following, but it hasn't always been smooth sailing: while she feels accepted in the Lolita community, she often gets a lot of flack from the Muslim community because of the clothing she chooses to wear.

Salazar began getting into Lolita because her friend was selling one of their skirts. While skeptical at first, she continued on, as she saw another hijabi Lolita named SugarNoor. With that comfort in mind, she began immersing herself in the subculture.

Vice interviewed Salazar, where she opened up about Islamaphobia and the struggles with blending the two cultures together. Of joining the faith, she said, "Honestly, as a convert, I wasn't very welcomed. I felt like I was the token convert. At the [Muslim community functions], I felt more comfortable being in the corner with my phone. I feel more welcomed into the Lolita community than in the Muslim community. They actually wanted to get to know me. They invite me to stuff, and they interact with me at those functions. I met my best friend through Lolita."

Being a fashion blogger in itself is incredibly daunting—to post photos of yourself everyday for others to judge is not an easy task. It comes with a consciousness that you're going to be scrutinized and judged for each thing you publish. Adding these two subcultures intensifies the magnifying glass even more for Salazar, and her bravery and love for what she does is truly inspiring. Perhaps it will pave the way for a more diverse pool of fashion bloggers, and that's always, always a step in the right direction.

More like this
Instagram & Facebook May Finally Lift Their Notorious Nudity Ban
By Allie Fasanella
Phoebe Dynevor Serves ‘Bridgerton’ Underboob In Stunning Floral Gown
By El Hunt
J.Lo's Micro-French Manicure Has A Fun, Sparkly Twist
By Olivia Rose Rushing
9 Must-Know Tattoo Trends For Spring 2023
By Carolyn Steber
Get Even More From Bustle — Sign Up For The Newsletter