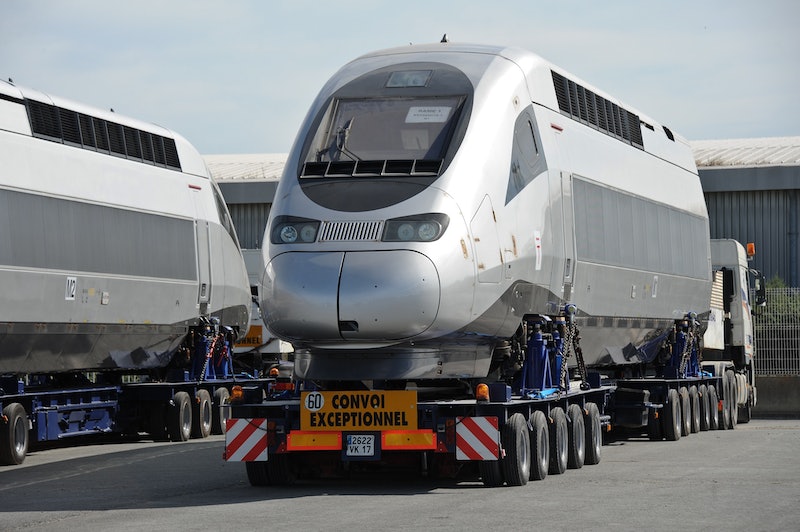 You don't have to be Vince Vaughn to come up with an ambitious business plan that costs tons of money and would take years to become a real thing. Apparently scheming over a high-speed railway track isn't only a part of the plot of Season 2 of True Detective; it's real life for California Gov. Jerry Brown. According to The New York Times, Brown is a big supporter of the California high-speed railway system, which Vaughn's character, Frank Semyon, plans to build in the series. This high-speed railway system is real but still might not be possible.

California's high-speed railway project is an ambitious one, and the railway system could cost $68 billion and cut travel time from San Francisco to Los Angeles down to under three hours at a speed of more than 200 mph. Japan's Prime Minister Shinzō Abe visited San Francisco in May, and during this visit, the prime minister praised the project, which would connect California's Silicon Valley to southern California. High-speed railways began operating in Japan more than 50 years ago, according to ABC News.

CNN has reported that high-speed railways work better in places like Japan, largely due to the regions' layout of cities. Since the United States has "sprawling cities," a high-speed railway isn't the best plan of action for that geography. But for some regions, like California, the new railway could be a fast ticket to transportation progress.

Although the project has plenty of naysayers, it is more possible now than it was when the idea first came about in the 1970s, according to The Guardian. In January, the project broke ground in Fresno, California, but workers encountered barriers as the dream emerged into a reality. Workers relocated underground facilities to build the structure. But the project's Chief Executive Officer Jeff Morales said the railway should soon be breaking real ground:

The pace will pick up considerably in the next few weeks and months and then we’ll be off to the races.

And echoing this optimism, the railway's website said the railway should be up and running from San Francisco to the Los Angeles basin by 2029. According to the site, the system will eventually extend to Sacramento and San Diego, spanning up to 800 miles with 24 stations. Ambitious.

This vision is much more advanced than one of its earliest visions. In 1965, President Lyndon B. Johnson signed the High Speed Ground Transportation Act. In his remarks, Johnson stated that during the past 15 years, the U.S. had "more than doubled" the travel between cities. It was Johnson's vision that by 1985, people would be moving faster "and with greater comfort and more safety." Johnson spoke about a new type of railway car that would provide service from New York to Washington and Boston.

But Johnson's early railways dreams were nowhere near the speed and technological magic that it would take to make this high-speed railway happen by 2029. Good luck on your speedy endeavors, Gov. Brown.