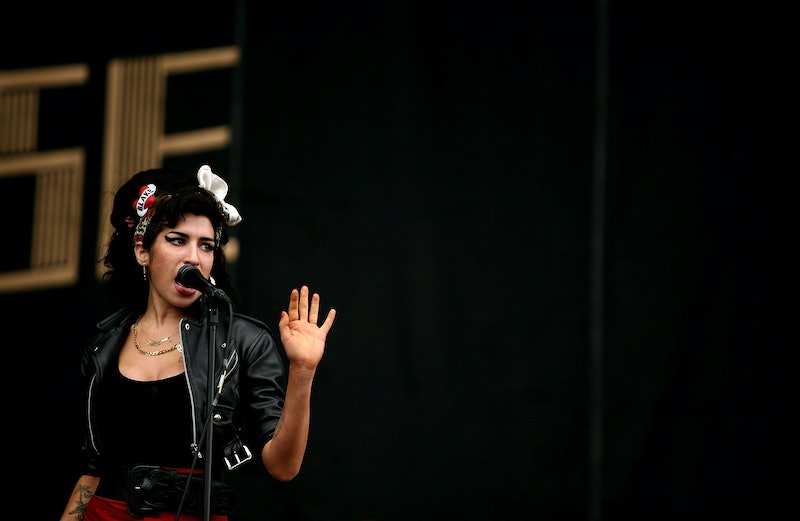 Earlier this year, details slowly started coming out about the much-anticipated and already controversial documentary about Amy Winehouse's life, Amy: The Girl Behind the Name. As we near the fourth anniversary of her death on July 23, 2011 and the official release of the documentary (July 3 in the U.S.), it is a beautiful time to celebrate the incredible one-of-a-kind talent that Winehouse was. In a new clip released ahead of the film, a14-year-old Amy Winehouse sings "Happy Birthday" to a friend. And, as expected, she sounds absolutely incredible.

After watching the trailer forAmy, you get a haunting sense that Winehouse never wanted to be in the public eye, and she shone the brightest when she was simply singing from her heart for the people she loved. Which is exactly what we see in this new clip: a young teenager who is unaware of the power of her voice; a voice that would later make millions of people around the world fall in love with her. The documentary's director Asif Kapadia shared with Rolling Stone , "What I learned was what a creative, intelligent, funny human being she was... I didn't know any of that. I don't know if anyone did."

After watching this clip, I decided to gather a few more videos of young Amy Winehouse singing — before the lights, before the drugs, before the immense fame — when she was just a girl who loved to sing.

Singing A Casual Jazz Standard In The Park

This clip shows a very lucid Winehouse performing "(There is No) Greater Love" in 2003 for BBC show, Collective.

Performing At A School Show

Winehouse was accepted into the Sylvia Young Theatre School in London when was only 12 years old, and this short clip shows off her natural jazz vocals.

Back in 2002, an 18-year-old Winehouse wowed record execs with another rendition of "(There Is No) Greater Love."

Singing By The River

Right before the release of her debut album, Frank, Winehouse sang a beautiful acoustic version of her first single, "Stronger Than Me." This clip shows off her playful and natural side.