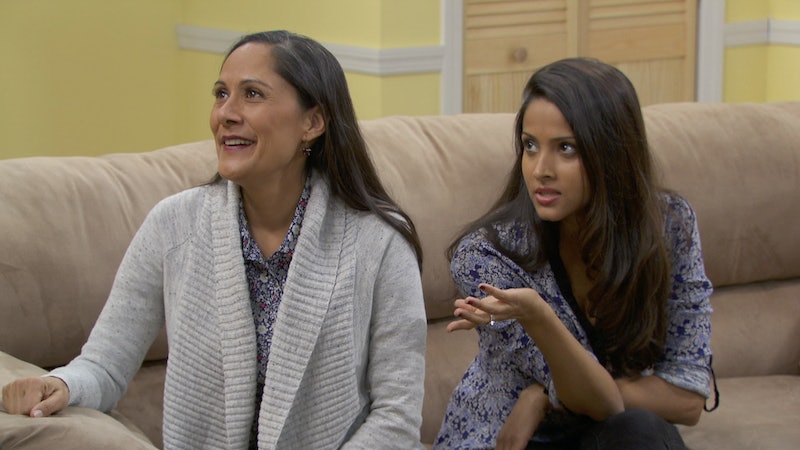 When you think of famous Muslim Hollywood actors, a few comes to mind: Maz Jobrani, Aasif Mandvi... and that's about it. That's a problem. For decades now, Muslims have been so misrepresented in Hollywood that it's affected every aspect of how the rest of the United States views Muslims — and there haven't been enough members of the Muslim community in the industry to make a real change.

In TV shows and films like Homeland, 24, and even Argo, you might come across certain stereotypes of Muslims without even noticing what's referred to as the three Bs: Billionaires, Belly Dancers, and Bombers. Since, according to a 2010 TIME poll, a whopping 62 percent of Americans have never met a Muslim, much of the information and perception about Muslims are largely based on cable news and entertainment television. So, for these Americans, their knowledge on Islam comes from ISIS' latest attacks, the Saudi billionaires featured in Adam Sandler's Click, and a young suicide bomber's chants before he blows himself up.

Even shows that aim to dispel stereotypes for Muslim-Americans run across their own problems of perfectly executing the new narrative. In fact, former Senior Muslim Daily Show Correspondent Aasif Mandvi's sitcom parody, Halal in the Family, sets the story around the Qu'osbys — a Muslim family with an intentional resemblance to The Cosby Show — in a four-part web series for Funny or Die, which features them as "America's favorite Muslim family. Don't worry, They're not THAT kind of Muslim." But in reality, they aren’t even Muslim. Seriously — the actors that make up the Qu'osbys, aside from Aasif Mandvi himself, aren't Muslims. This isn't a gimmick or part of the setup.

Sure, the show is one of the few television shows (well, it's a web series) that focuses on the typical experience the Islamic community faces in post-9/11 America. But while some may blame it on lazy casting and prejudice in the industry, finding Muslim talent is a difficult task to accomplish as a non-Muslim casting director. This is particularly why it's upsetting for a Muslim — like myself — that Mandvi missed a great opportunity to set a stage for several Muslims to get their start in an acting career that could help the community as a whole.

There's another side to the lack of Muslim talent in the entertainment industry. During this political and economic climate, more Muslim-Americans are steering away from a career in entertainment. Since the majority of Muslims in the United States are first-generation Americans, they often seek careers in fields with a bit more financial security. This is particularly why you'll see more Muslims build their careers as engineers, doctors, and scientists rather than singers, actors, and screenwriters.

Although there isn't a great supply of Muslim talent, there's still a demand for Muslims to enter the industry. "I think that no matter what your background is you should try to tell your stories," Iranian-American comedian and actor Maz Jobrani tells Bustle via email. "There are good and bad in all communities, but when you are not telling your own story then only the bad will be told. I think that if Muslims and others from that part of the world begin to tell more stories in Hollywood, it will help counter the negative stereotypes that people have of this community nowadays."

But with less than one percent of Muslims holding professions as directors, producers, actors, and screenwriters, it's difficult to make a significant change. Most films that have gained popularity in the United States deal with the tyranny and evils within Muslim-majority countries. And while I wouldn't question America's great benefits compared to underdeveloped countries ruled by authoritarian regimes, there is a strong narrative that is missing and that needs to be heard.

There are the stories of young Muslim men wrongfully accused of terrorism charges, like Tarek Mehanna. There are the stories of families that have to spend the holiest month of Ramadan without their loved ones, because either their brother was shipped off to a detention center or because their grandmother was killed in a drone strike in rural Pakistan. These are real stories, ones of individuals just like us, that are unknown to the American people because, for far too long, popular culture has viewed the Muslim community as either nonexistent, or filled with hatred.

More like this
The 'Hocus Pocus' Sequel Finally Has A Release Date & It Makes Total Sense
By Shannon Barbour and Radhika Menon
How The City Healed Five Years On From The Manchester Arena Attack
By Ella Glover
How To Fight For Reproductive Rights, Based On How Much Time You Have
By Courtney Young
Here's How To Practice Self-Love In Small Ways Every Day
By Mackenzie Sylvester
Get Even More From Bustle — Sign Up For The Newsletter