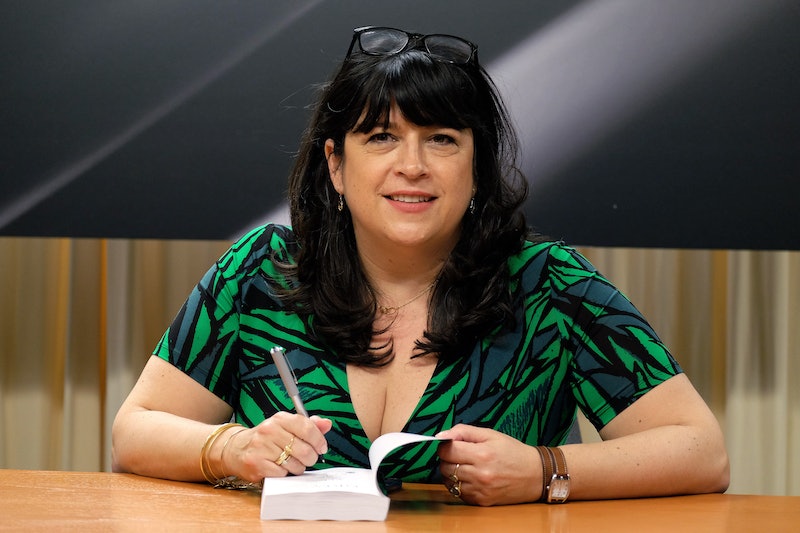 You've heard that writers never make decent living, right? Well, it seems there are some major exceptions to that rule. For instance, Fifty Shades of Grey author EL James is currently worth about $58 million (£37 million). And her net worth has only been going up.

Whether you love her or hate her, it's hard to deny that E.L. James is certainly one hell of a literary success story — at least financially. The author first published the story that would become Fifty Shades as Twilight fan fiction under the title "Master of the Universe" before making various changes, including the giving the main characters new names and making both human, and self-publishing it as Fifty Shades of Grey. The series became so popular that James was able to secure a deal with a traditional publishing house.

The first book in the series has since been adapted into a film that had major box office success, and James has also written another book in the series, Grey , which retells the first book from the perspective of its male lead. The book sold more than 1 million copies in four days, despite negative response from literary critics.

Essentially, E.L. James is a zero-to-100 author story, and her success only seems to be continuing. Between cash and shares in her company, Fifty Shades Ltd, James is worth about £37 million, up from £30 in 2013 (about $47 million). She gave about £1 million ($1.6 million) to charity. And these new figures don't even yet take into account her profits from the movie this year or the royalties from the new book.

It's no surprise, though. After all, the British writer was the highest selling author in 2013.

So when people tell you that you'll never be able to pay the bills by writing, just remember that a woman who started out as a fan fiction writer not so very long ago fan fiction author is now worth £37 million. If she can do it, you can too!