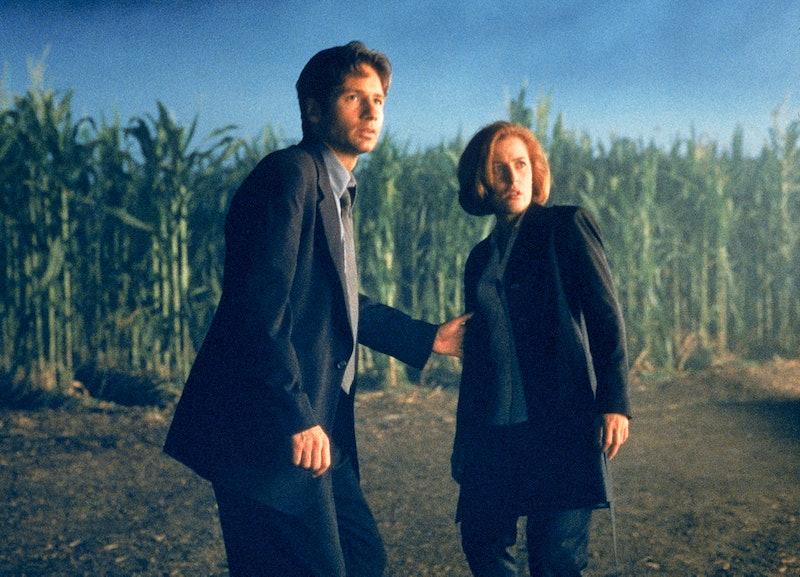 In recent months, people around the world have reported hearing strange trumpeting sounds coming from the sky. Videos of the events show people in such disparate places as Malaysia, Australia, and Texas reacting to the whale-like sounds with bewilderment. Listening to the eerie, mysterious noises, it’s almost impossible not to think something along the lines of, “It’s ALIENS. THE ALIENS ARE COMING. PREPARE TO BOW DOWN TO OUR ALIEN OVERLORDS.” It may be World UFO Day, but fortunately or unfortunately (depending on how much you love UFO stories), NASA has assured us that the sounds are not, in fact, Xenomorphs bent on planetary destruction, but are instead the natural noises of the Earth. A NASA spokesperson explained,

If humans had radio antennas instead of ears, we would hear a remarkable symphony of strange noises coming from our own planet. … Earth’s natural radio emissions are real and, although we’re mostly unaware of them, they are around us all the time.

So maybe these crazy noises aren’t extraterrestrial (though I’m sure there is at least one conspiracy theorist out there who would argue that NASA is simply trying to throw us off the trail of the actual alien takeover that is occurring as we speak), but that doesn’t mean that aliens are entirely out of the question, right? Lots of weird, unexplained things happen every day. Why not blame them on creatures from other planets? (Although my question is, Why are aliens—in sci-fi and in most real alien abduction stories—always humanoid? Why not have aliens that look like whales? Or that are entirely composed of gas? I’m asking.)

Read on for 6 unusual encounters that still defy explanation:

1. The Betty and Barney Hill Incident

The story of Betty and Barney Hill is one of America’s most famous extraterrestrial stories, having gained notoriety as the first abduction story to be widely reported across the U.S. The Betty and Barney Hill reported that on a night in 1961, they saw a flying object with lights in the sky, shaped like a cigar. Barney reported that, looking at the object with binoculars, he could see non-human creatures at the windows. What happened during the next two hours is unknown. The Hills reported that after seeing the object, they were suddenly 35 miles down the road, and it was two hours later. They had no memory of what had happened. In the days following, the Hills contacted the U.S. Air Force about the incident, as well as NICAP, a civilian UFO research group. The couple had only very spotty memory of the missing hours, though there was unexplained material evidence, including damage to Betty’s dress and Barney’s shoes, and circles on the trunk of their car that would make the needle of a compass spin if it came close. Both of their watches had also suddenly stopped running. Three years after the initial incident, they underwent time-regression hypnosis to try to find out what had occurred. They each described, in detail, being kidnapped by aliens. The story began to gain publicity, and the case became widely discussed.

The incident is so famous that in 2011, the state of New Hampshire erected a historical marker on the highway along which the incident occurred to commemorate the supposed-encounter.

This UFO sighting occurred only a few years ago: Astronaut Leroy Chiao was commander of the International Space Station from October 2004 to April 2005. He reported that, while doing a spacewalk to install navigation antennas on the station, he saw an unidentified object in the distance. He told the Huffington Post, "I saw some lights that seemed to be in a line and it was almost like an upside-down check mark, and I saw them fly by and thought it was awfully strange.” Although we still don’t know what Chiao saw, one practical explanation is that Chiao saw a line of fishing boats down on Earth whose lights, from far away, looked like a single object. Or, you know. ALIENS. Chaio told HuffPo that he doubts we’ve been visited by extraterrestrials in the past:

I'm skeptical of claims that we've been visited by aliens from another planet or other dimension, but I don't rule it out 100 percent. I have an open mind and I do believe there's other life in the universe. If there is life out there that's so much more advanced than we are and they know either how to travel great distances in short amounts of time, or they're able to come from a parallel universe into ours, why don't they just come and show themselves?

3. A UFO in Socorro, New Mexico

On April 24, 1964, police officer Lonnie Zamora was chasing a speeding car when he heard a roaring sound and saw flames in the distance. He reported that when he got the site, he saw an egg-shaped craft standing on four legs, and two figures wearing white. He saw the figures go back into the egg and take off. Later, burn marks were found on the ground where the machine had landed, presumably from the exhaust. The incident was immediately investigated by the Air Force and police. Zamora, known as a man of integrity, was considered a reliable witness. After thorough investigation, no one was able to find an explanation for what had happened.

In August of 1951, three Texas Tech College professors reported seeing lights in a “V” shape over the West Texas town of Lubbock. A student also produced photos of what he claimed were the same lights. Because the professors didn’t fulfill stereotypes of the usual people to report strange occurrences, their reports were taken fairly seriously and attracted the attention of Project Blue Book, a study on UFOs conducted by the U.S. Air Force from the early 1950s to 1970. In his book about the project, Project Blue Book leader Edward J. Ruppelt insisted that the Lubbock incident had a logical, Earth-bound explanation, but—mysteriously—he refused to explain what it was. He wrote,

They weren’t birds, they weren’t refracted light, but they weren’t spaceships. The lights that the professors saw–the backbone of the Lubbock Lights series–have been positively identified as a very commonplace and easily explainable natural phenomenon. It is very unfortunate that I can’t divulge exactly the way the answer was found because it is an interesting story of how a scientist set up complete instrumentation to track down the lights and how he spent several moths testing theory after theory until he finally hit upon the answer.

In November of 1986, Japanese Airlines pilot Kenju Terauchi and his crew were flying a cargo plane over Alaska when they saw two unidentified aircraft flying strangely alongside them. These objects eventually departed, and Terauchi saw a third, much larger object, which he estimated was the size of two aircraft carriers. Throughout the incident, the crew was in contact with Air Traffic Control in Anchorage, and, at various times, unidentified objects were detected on radar. The FAA investigated, but has yet to come up with a satisfying explanation.

The Rendlesham Forest incident is possibly the most famous UFO story to come out of the U.K. It began the day after Christmas in 1980, when U.S. military officers, stationed at a nearby RAF base, saw red, blue, orange, and white lights over Rendlesham Forest in Suffolk. Three men went to investigate. One of them reported seeing a craft, saying,

No landing gear was apparent, but it seemed like she was on fixed legs. I moved a little closer. I had already taken all 36 pictures on my roll of film. I walked around the craft, and finally, I walked right up to the craft. I noticed the fabric of the shell was more like a smooth, opaque, black glass.

The next day, evidence of where landing gear would have been was found, as well as unusually high levels of radioactivity. Two nights later, another group would go out to investigate; aural recordings suggest that they encountered something strange and unexpected. According to The Telegraph, the transcript features dialogue like this:

“I see it too... it’s back again... it’s coming this way... there’s no doubt about it... this is weird... it looks like an eye winking at you... it almost burns your eyes... he’s coming toward us now... now we’re observing what appears to be a beam coming down to the ground... one object still hovering over Woodbridge base... beaming down”

Another team went out on a third night, and they reported actually seeing an aircraft land and a humanoid alien emerge. Eventually, the aircraft departed. The U.K. Ministry of Defence insists that there was nothing strange or extraterrestrial going on in the forest, but what did happen has yet to be explained. (My vote is aliens and dinosaurs. Or dinosaur aliens.)

More like this
'Black Mirror' Season 6 Is Reportedly In The Works, Here’s What To Expect
By Maxine Harrison
Your June 2022 Monthly Tarot Reading
By Jezmina Von Thiele
Are We Drinking Rosé All Wrong?
By Sheila Yasmin Marikar
TikTok's Favorite Bartender Thinks Mimosas & Bloody Marys Are Out For Brunch
By Alexis Morillo
Get Even More From Bustle — Sign Up For The Newsletter