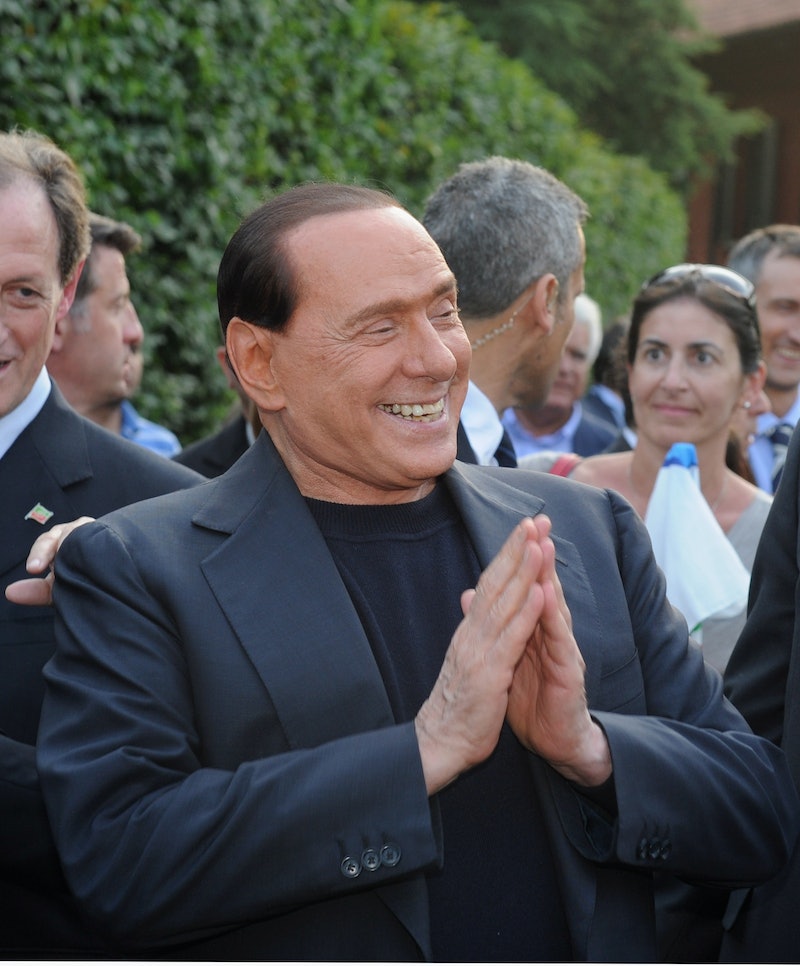 So the Italian ex-prime minister Silvio Berlusconi is just as creepy as we thought — and then some, according to newly-released court documents. When Silvio Berlusconi was given seven years' of jail time back in June for abuse of office and paying for sex with a minor, the precise details of his sleaze-dom were withheld. Until now. On Tuesday, it emerged that the sleazy tycoon politician did indeed do some very sleazy things at his "bunga bunga" sex parties. Which we kind of had a hunch about.

The biggest no-shocker is that the 77-year old politician indeed knew that the prostitute he had sex with was 17 years old, i.e. a minor. Apparently, the court also found: "It is proved that the defendant had sexual relations with Miss El Mahroug – known as Ruby the Heartstealer — in exchange for considerable sums of money and other items such as jewelry."

It was already well-established prime minister of creep (geddit? geddit?) has a serious thing for younger girls. Like, a lot younger. Last month he made 28-year old former TV showgirl Francesca Pascale his third wife: that is, a woman 50 years his junior and a lot younger than some of his own children. (FYI: his second wife divorced him after seeing him photographed at the 18th birthday party of an underwear model. Berlusconi also apparently doesn't attend their kids' birthday parties, which is less sleaze and more terrible-human material.)

It was also revealed that judges had identified Berlusconi as the ringmaster of bunga bunga parties — really? Our Berlusconi? No! — where female guests: "Worked to satisfy the desires of the defendant ... Staging lap dances and stripteases."

We shouldn't be surprised, really. After all, this is the same man who jokingly suggested that his party, the People of Freedom Party, should change its name to "Forza Gnocca" — which roughly translates to "Go Pussy" — to increase its popularity. Also, the same guy who tried to get New York investors to relocate to Italy, because the secretaries were better-looking.

But wasn't he quite the politician, serving four whole terms as Italy's PM? Um, about that: Berlusconi did some serious and apparently permanent damage to the Italian economy. The worst part? Polls have shown that a significant number of Italians would still vote for him. The very worst part? Some of them are females.

Still, there's hope: there are women in Italy who dislike Berlusconi so much that they protested topless.

This feel like a bit of an odd choice, given the politician's creep record. In fact, he made former topless model Mara Carfagna equal opportunities minister in 2007, after sleazing big-time on her, too.

Berlusconi managed to reduced his prison sentence to just one year, which he'll spend doing community service. Though women throughout Italy might be better off with him behind bars, at least next time he makes headlines it'll hopefully be for the right reasons: paparazzi pictures of him cutting grass and emptying trash cans.