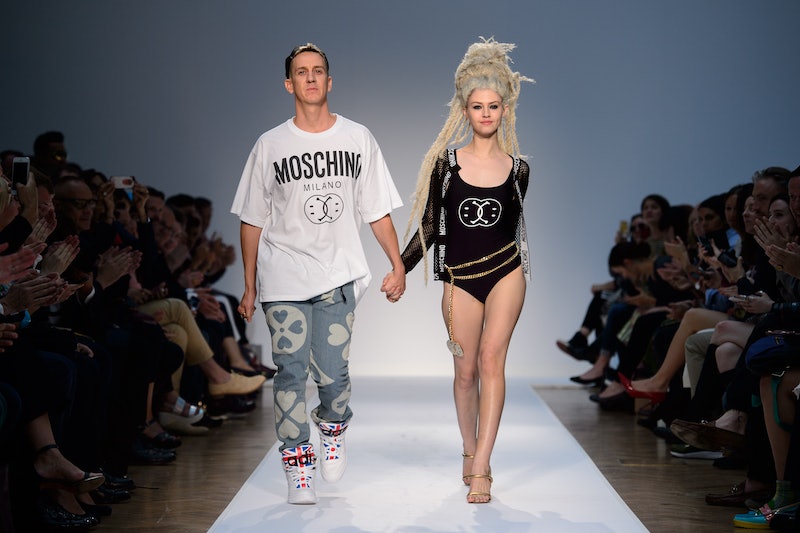 Hello Katy, goodbye Alessandro! According to Women's Wear Daily, Moschino CEO Alessandro Varisco is stepping down from his executive post at the popular Italian label to join Twin-Set Simona Barbieri. The news comes just a couple of weeks after pop star Katy Perry starred in Moschino's fall/winter ad campaign. Designer Jeremy Scott, pictured above, will stay on as the brand's creative director. Varisco's new position at womenswear brand Twin-Set Simona Barbieri has not been announced.

After making his name in the fashion industry working for various ready-to-wear brands, Varisco was appointed Moschino's managing director in 2009. According to the label's parent company Aeffe, he brought "dedication and competence" to the once-fledgling label, which reported a 7 percent growth in profits last year. It was also under Varisco's direction that saw a boost in Moschino's popularity, thanks to the addition of Scott in 2013. Since then, Moschino has contributed to 65 percent of Aeffe's total sales, eclipsing its sister labels such as Alberta Ferretti and Philosophy.

"We thank Alessandro Varisco for his profuse contribution over the years and for the goals he reached," Aeffe's executive president Massimo Ferretti said. "Looking to the future, the company is galvanized by the growth path it is on and it is focused on consolidating its success at the international level." Ferretti and Moschino's managing director and chief financial officer Marcello Tassinari will take over as interim CEOs until the company announces Varisco's replacement.