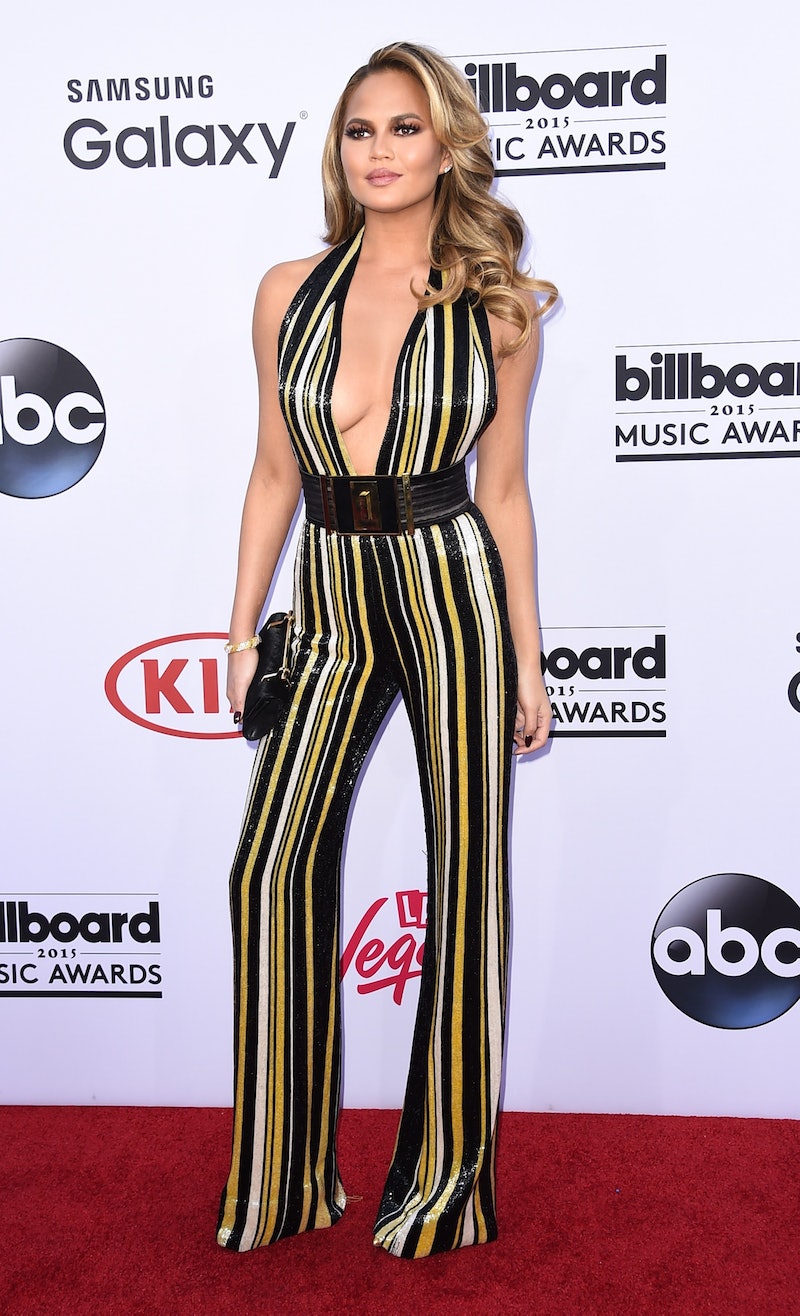 Well folks, another celeb decided to challenge Instagram on their nudity regulations and clearly DGAF about it. Earlier today, Chrissy Teigen posted a topless Instagram photo, not once, but twice. Yes, twice people! It was taken down earlier on the social media platform, but Chrissy decided to post it again a couple of hours later. Known for her sassy attitude and incredible sense of humor, it's not surprising that Chrissy would post a photo that she's totally proud of. I mean, obviously, she would not jeopardize her Instagram account multiple times if she didn't care about the photo.

Within the past year we've had a lot of celebs, from Chelsea Handler to Tallulah Willis, defy social media's rules of posting topless photographs. Even names like Miley Cyrus and Michelle Rodriguez have joined the #FreeTheNipple campaign to show their support of nudity on the Internet. So, Chrissy is definitely not the first or the last, but she sure has proven to be perhaps the most stubborn.

Before Chrissy's photo was taken down earlier, she wrote in the caption of her photo, "Honored to be in the company of such gorgeous women!” According to Gawker, Chrissy was applauding and thanking her crew for working on her upcoming appearance in W Magazine.

And although Instagram took down her pic the first time, Chrissy did a total boss move and posted the same picture again with the caption "oops." To check out the uncensored photo on her Instagram account and the various renditions of the photo, click here.

Shortly after, Chrissy posted the below photo of a cat exposing his naked self as he sits like a human, with the clear intention of pushing Instagram's buttons. LOL.

A couple of things we learned today: Chrissy Teigen won't let any social media platform control what she wants to do, and second, Chrissy remains to be a complete and total badass.Yeah, she's pretty much claimed the title of DGAF queen for the rest of 2015.