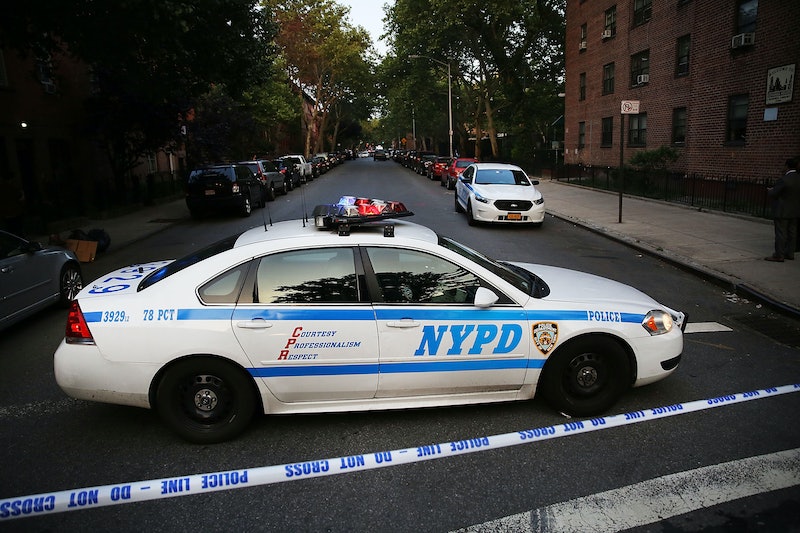 There are three words that are echoing throughout New York City these days: "Right To Know." And this phrase is circulating for good reason. As the city approaches the one-year anniversary of Eric Garner's death by police chokehold, its citizens are demanding more transparency and more communication from authorities in order to prevent, as The Huffington Post reported, "the next Eric Garner tragedy." Within this movement, there seem to be both roadblocks and positive support for a bill known as "The Right To Know Act" to become reality in New York City.

The legislation includes, but is not limited to, requiring police to tell citizens that they have the right not to be searched when conducting warrantless searches. In addition, the act requires the police department to publish on its website "annual reports relating to use of force," according to The New York City Council. Police would also be required to receive consent from citizens via audio or signature to continue the search, and if there is "no arrest or summons," police would also be required to distribute a business card to the people they stop.

These reform measures went before the New York City Council today, prompting New Yorkers to speak out again for justice in their city. Here are three factors that might contribute to the outcome of this legislation.

The NYPD Thinks City Council Is Unqualified To Make This Decision

According to RT, the NYPD said council members "have neither the expertise nor the expertise to establish" crime-fighting policy. Police Commissioner Bill Bratton called both bills "unprecedented intrusions" into the operation and management of the Police Department, according to the New York Observer. Bratton reportedly opposed nine different pieces of legislation, including a chokehold ban introduced by Councilman Rory Lancman.

A Majority Of City Council Supports The Bill

According to RT, there have been more than 1,000 reports of police misconduct in New York City in recent years, and the Civilian Complaint Review Board has racked up about 1,022 of those reports. In the past week, RT reported, City Council had a majority of 24 sponsors in a 51-member council. So, despite police opposition, the legislation has considerable backing.

The Police Might Not Implement Change Without A Push

When council members first presented an anti-chokehold bill, Mayor Bill De Blasio spoke out against the proposed legislation, according to The New York Times. This support from the city's mayor might just continue to encourage a riff between the New York City Council and law enforcement. With that continued tension, real change might seem hard to imagine.