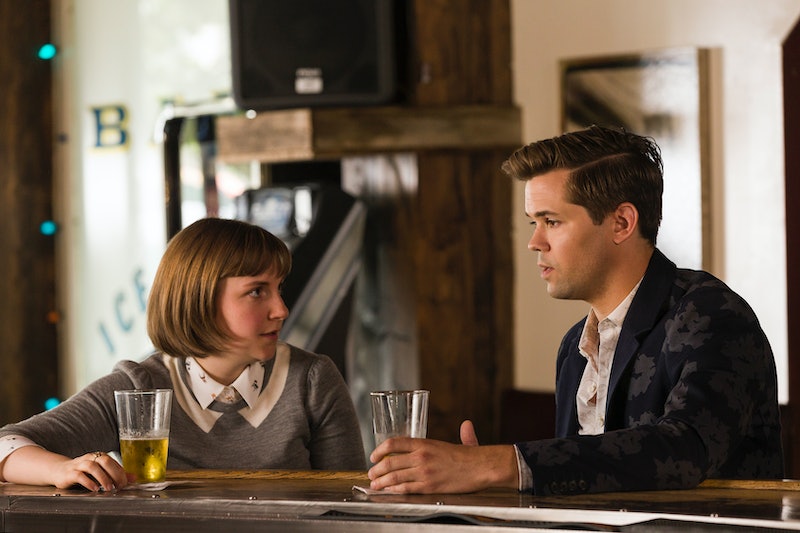 People spend endless time and energy talking and thinking about how to make the most of their 20s. They talk about taking them seriously and not, settling down and not, how to prioritize their years and time and energy and not. And yet, no matter which way you frame it, most of the conversation has to do with compromise. Sacrifice. What you should do now to reap the benefits of later. How you should construct your life, what you should focus on, who you should let go of, and yet none of it really talks about what most people want to know: How to actually enjoy your 20s.

The magical thing about the decade is that you've still got some wide-eyed wonder, while for the first time, you have the ability to do something about it. It's a fawned over time in people's lives because it tends to be the most, well, magical. It's when the big things happen. It's when you become who you're going to be. What I'm trying to say is, "enjoying your 20s" is natural for most people—it's everything else that gets in the way. The things you assumed, the things you expected, the things you carried with you, the things you aren't seeing clearly yet. So here, not what you have to do to enjoy your 20s, but what you need to stop worrying about completely:

Creating a timeline (or, as it more commonly looks, a set of ideas on what you should be and when) does one thing and one thing only: sets you up to be unhappy with yourself. It does not bring you a smidgen closer to actually achieving those goals because the focus remains on ideas, not actually doing the work itself (or finding the partner, or allowing life to unfold as it may).

A fascination with other people's lives, and comparing them to your own

If you find yourself compulsively checking certain people's Twitter feeds, being overly curious about Facebook posts and generally awing over how other people live and how and when and in what ways that does and doesn't resemble your own existence, you need to stop. It's time to put the screens down and create the life you actually want. Because that's all it is: a deflection, or a call, to create something that means something to you. (Don't waste your 20s staring at other people's filtered faces.)

So many of the things we mourn not having aren't even things we want, which is something we only tend to realize long after the fact. We get ourselves stuck on wanting certain things even after we've outgrown wanting them. We're more attached to the attainment of the thing than the actual having of it. They were things that were right for the people we used to be, and the only part of us that didn't evolve was our mindset about them.

The idea that anything is going to make sense

Life is not going to make sense all the time. Or a lot of the time, even. There will be things you feel and do and choose and run from that make no sense to you at all, and as much as you should strive for self-awareness, you should spend as little time as possible agonizing over the "why" of your instincts. Things that are new and foreign and somehow, unexpectedly, in your path and in your life are usually there for a reason. If you didn't choose them, consider them chosen for you. You don't have to make sense of it, you just have to live it out.

Culturally, we tend to have a difficult time telling the difference between the two. Wanting better is rejecting what you've been given; wanting more is just the desire to keep your life moving along. Wanting more lets you also acknowledge what you have; wanting better makes it seem as though what you have isn't good enough.

A need to satisfy your desires immediately

In other words: you need self-control. You have to be able to place aside less-important wants so more-important ones can take precedence. All of life is a game and dance between which desire you let win. You must let go of the desire for a high so intense you forego what ultimately matters.

A lack of perspective

You don't need to be particularly well-traveled or well-read or highly educated to have perspective. All you have to do is know that the way you think, and what you see, and how you feel, is a valid but subjective take on a world in which there are infinite possibilities. Your neighbor is as valid as you are. The magic is in learning to coexist.

An unwillingness to be wrong

It's the same thing as an unwillingness to grow. If you don't have an ability to know — and admit — when you're wrong, you're doomed to stay the same and make the same mistakes.

The dresses from high school that have somehow survived 3 moves and 7 years; the old mindsets your childhood self adopted to cope. The opinions of friends who are no longer friends anymore, the things you don't want or need but somehow can't bring yourself to part with. Letting go of what you aren't is your becoming. It makes way for you to realize what and who you are.

The idea of being perfect

If you want to maintain any semblance of sanity in this world, you must accept good enough. Good enough is not a nice term for accepting defeat. It's not the polite way to say you're unworthy. It means, it's good, and it's good to the point that it's as good as it needs to be. There are some things worth running the extra mile for, but most things are not.

The things you do that keep you from what you want

You'll know what these things are because they will most often be the same things you're most frustrated with yourself about. They are the addictions that turn into lifestyles, and the moods that turn into full on ruts. They are the things that you don't like doing and yet can't help but continue to, until you're fully spiraled into them. That is deflection. That is running away from yourself. Stop trying to slow down, and start turning around and identifying what you're running from.

A fear of yourself

If you can't sit with yourself, you're going to have a really difficult life. If you can't go to a movie by yourself, or spend a weekend alone, or simply sit and stare out the window of a taxi without having to check your phone 12 times, you'll have a really small life. Because your life is not happening in the things you use to distract yourself from the moment, and you're missing each bit of it as it goes by.

A fear of other people's truths

Someone else's truth, even when contradictory to yours, is still valid. That might be hard to accept at first, but it's crucial that you do. Doing so will show you that you are more than your beliefs, and that there is something out there more important than the things you disagree on and that is love, and love for people even when you think they're completely wrong. You've been completely wrong, too.

An inability to affirm yourself

If you spend the rest of your life seeking validation — in appearances, in clothes, in sex, in dating, in social media likes — you will never find it, and ironically, almost foster the exact opposite. People can sense when that's what you desire, and they tend to promptly reject it as well.

An unwillingness to acknowledge your humanity

The most beneficial thing you can do for your life is remind yourself every single day that you will die. That sounds brutal and extreme and difficult and that's exactly why you should do it. The scary thing isn't that it won't last—it's that there's a chance it will never really begin in the first place.

The people you keep around out of obligation

And proximity, convenience, or fear. And because, despite having grown out of each other, you have yet to learn the careful art of breaking up with a friend, or just allowing friendships to drift and new ones to come to fruition. There's nothing more wonderful than a lifelong friend, and nothing more emotionally expensive than one you're keeping just because you feel you're "supposed to."

The relationship you thought was The One

By your 20s, you've had at least one relationship you thought was The One, and it stuck so clearly because it was the first, and at the time, the only. If it's in your past, and if you've been grappling with whether or not you should wait, or see, or build a relationship on a "feeling" that they are The One, let them go. If there's no tangible reality that backs those ideas up, it's not as real as you hope it is. If you're confused, it's usually because you know what to do and you're afraid. If you're getting mixed signals, it's usually because you're getting one, and it's that they don't want to be with you, but don't want to hurt your feelings. Let that happen. Let it break you. Let your brokenness open you up to something new. It could take 10 days or 10 years, either way, when you do find The One, you'll realize how much you were selling yourself short (and how grateful you were that someone's inner compass steered you both another way).