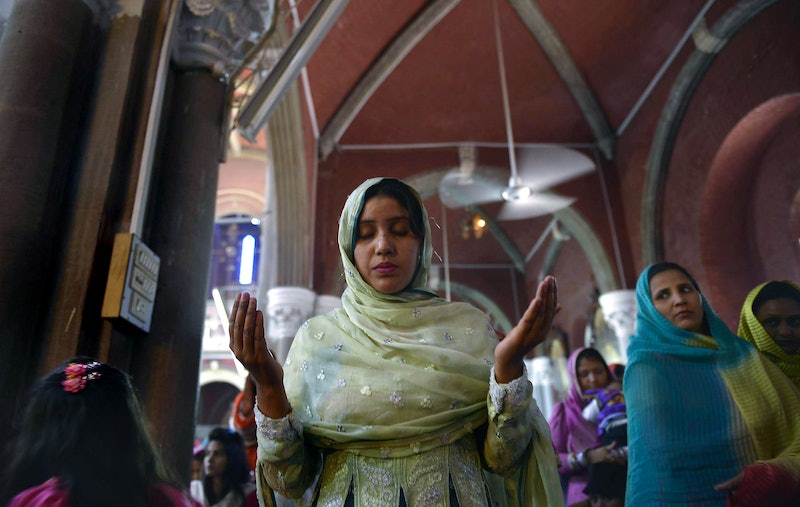 A couple of summers ago, I attended a weeklong camp called "Bay Area Solidarity Summer (BASS)" that's for young South Asian Americans who are interested in social justice. It was a powerful experience, primarily because I learned an entirely new history of South Asians in the United States. We're glaringly absent from most history textbooks, and when we're mentioned at all, it's usually a reference to Gandhi, though rarely with an acknowledgement of the problematic things he did. So I was astonished to learn how politically and socially active South Asian Americans have been throughout history: we've been speaking out against anti-blackness, we've been fighting for liberation both in South Asia and at home, and we've been engaged with numerous civil rights movements for decades.

And yet. And yet, as Anirvan Chatterjee — one of our mentors at BASS and a curator of the Berkeley South Asian Radical History Walking Tour — so beautifully explained in his recent India Currents piece, the intimate, shared history between South Asians and black Americans often falls off our radar. Anti-blackness is still prevalent in Asian American communities, and South Asians are in the unique position of being co-opted by the Model Minority Myth — receiving particular privileges that other people of color do not — while simultaneously being the targets of xenophobic and racist behavior directed toward brown folks.

Our political representation often manifests itself in the form of people like GOP presidential candidate Bobby Jindal or South Carolina Gov. Nikki Haley. In the aftermath of a shooting at a historic black church in Charleston, Haley finally called for the removal of the Confederate flag from the statehouse but with no mention of structural racism in government institutions. Back in 2001, she said she was white when she registered to vote, and even now continues to assimilate into whiteness. Jindal was similar; he converted from Hinduism to Christianity, and he and Haley rarely use their birth names. (When they do, it's to identify as minorities at their convenience.)

Jindal and Haley pass in and out of whiteness as though it's a mask they can choose to don, a privilege that most South Asian Americans do not possess. Haley's case is especially interesting; she has often faced racist attacks at the hands of her own Republican colleagues and openly discusses those attacks, but she also continues to be a leader in that very same party.

This is not the representation South Asian Americans need. We need an open acknowledgement of our rich and powerful shared history with other radical communities of color, as well as an understanding that the term "South Asian American" could not possibly capture all the nuance that it is meant to encompass. Growing up in Silicon Valley, I thought that South Asian Americans were all politically ambivalent engineers and doctors, something I tried to rebel against. It was only when I started college in Chicago that I recognized what a privilege it was to grow up in a unique pocket of the country where I wasn't a minority. And it was only when I attended BASS that I realized we as South Asian Americans are so much more than the stereotype I had held for so long.

From the Ghadar Party's Indian liberation efforts to Muslim freedom fighters who were jailed for fighting Jim Crow laws, South Asian Americans have a history that cannot be disentangled from political and social activism. The institution of whiteness expects South Asian Americans to be "good brown people," which intentionally separates us from other brown and black folks, but it also writes us off as terrorists any time a bomb goes off.

We can't remain silent any longer, and trying to pass as white is not the way to go to combat racism. But we've also internalized quite a bit of racism; many South Asians have an inclination toward fair skin, and it's not actually witty to make fun of "how white" Jindal and Haley are. It's difficult for South Asians to break into American politics, so it doesn't surprise me that assimilating into whiteness was their chosen tactic in order to succeed.

We don't need to be white America's model minority, and a big part of that is recognizing our own privileges as Asian Americans. What we need to do is work to challenge and dismantle structural racism, and that starts with the understanding that our history as Americans is rich with activism. We need to remind ourselves that the "South Asian American" identity is a diverse one, with different religions, ethnicities, cultures, and languages, and we need to push ourselves to be more inclusive of one another while simultaneously pushing back on the status quo of structural racism in the United States.

More like this
30 Books To Read This AAPI Heritage Month
By K.W. Colyard
How The City Healed Five Years On From The Manchester Arena Attack
By Ella Glover
Harry Styles Called For "Backlash" In Powerful Statement On Abortion Rights
By El Hunt
10 Times Boris Johnson Got It Wrong On Trans Rights
By El Hunt and Sam Ramsden
Get Even More From Bustle — Sign Up For The Newsletter