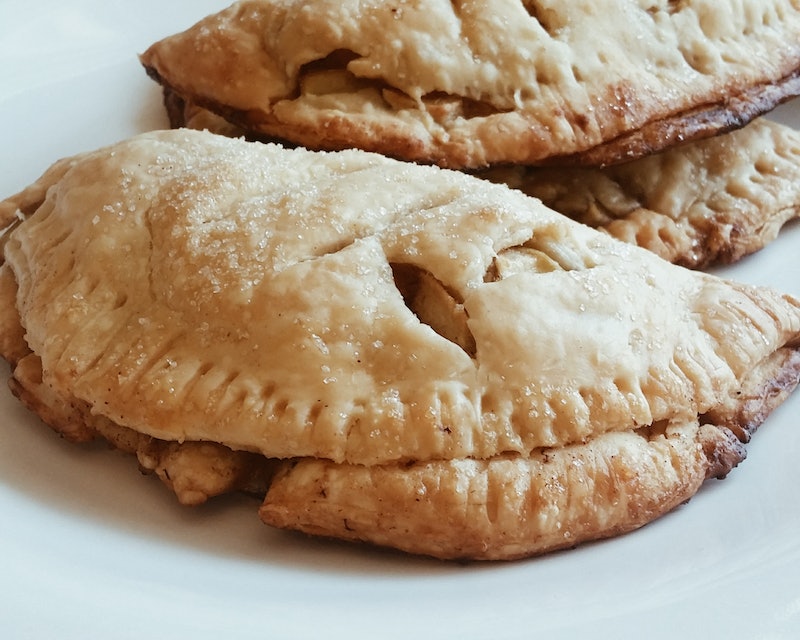 A fresh baked apple pie is the quintessential dessert for Fourth of July, and this easy apple pie recipe is impossible to mess up. Apple pie is inextricably linked to the imagery of America. Things like baseball, cowboys, and even other foods are said to be "as American as apple pie."

Pie has made many cameos in American television and film. There was, rather un-seriously, American Pie. Waitress, which will soon debut as a broadway musical composed by Sara Bareilles, featured a strawberry and chocolate concoction called "I hate my husband pie." And Thank You For Smoking immortalized the bizarre northeastern tradition of apple pie with American cheese on top. We Americans love a good pie.

It also just so happens that apple pie is my boyfriend's favorite dessert, and I've had a few years to figure out how to make it "right." Under the tutelage of generations of Southern ladies (with their measurements including "plenty of sugar" and "a piece of butter the size of an egg"), I've guessed and checked my way to a decent from-scratch apple pie.

But when you live in an apartment with a small kitchen and no dishwasher, sometimes the last thing you want to do is get flour all over every surface and dish in your home. I recently discovered the simplest, cheapest, and least messy way to have a fresh baked apple pie ready for your Fourth of July party in less than an hour. You don't even need a pie pan, for goodness' sake!

Ridiculously easy apple pie recipe for this Fourth of July

Start by dicing the apples (skin-on) into 1/2 inch chunks.

Cover a cookie sheet with a piece of parchment paper and sprinkle with flour. Then unroll the first room temperature dough onto the cookie sheet. Use a cereal bowl or large cup to cut out three six-inch round mini-crusts from the dough. Add about two tablespoons of the apple filling.

Fold the top over the apple filling and close by pressing a fork. Create vents in the top with a butter knife. Drizzle pies with the remnants of the melted butter and sprinkle with granulated sugar, and bake for 25 minutes or until golden brown.

After 25 minutes, turn the oven down to 250 degrees F and let bake for an additional five minutes.

Remove from the oven when the pies are golden brown. Let cool for 15 minutes... and EAT!