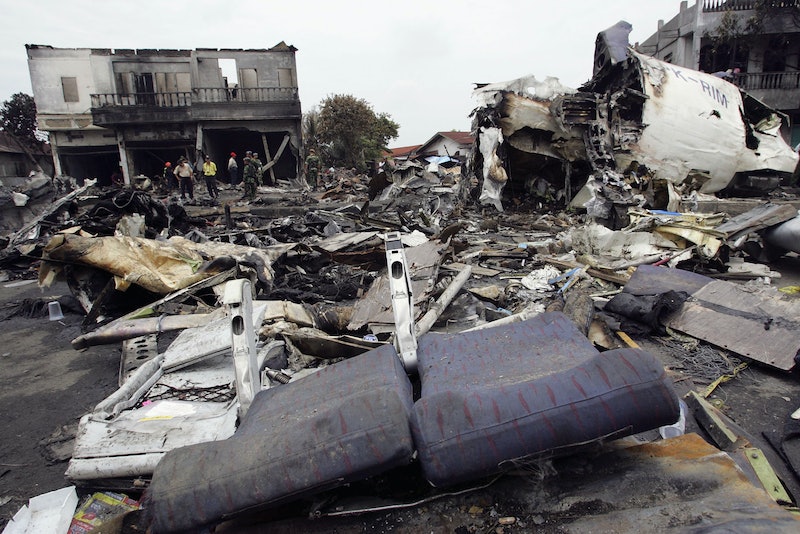 According to officials, a military plane crashed in Medan, Indonesia, in a busy residential neighborhood on Tuesday, killing dozens. A military spokesman told the BBC a C-130 Hercules, which was carrying at least 12 crew members, descended shortly after take-off from the Soewondo Air Force Base, located roughly three miles from the crash site. The number of fatalities could increase as more bodies are recovered. (Update: Officers now say that at least 100 people are dead.)

Reuters reported that at least 30 people were killed after the military transport plane crashed into a hotel and some houses, and photos uploaded onto social media showed wreckage still burning into the day. Officials did not disclose how many victims were on the plane or on the ground. Reuters reported that five bodies of those onboard were found as of Tuesday afternoon.

The Aviation Safety Network said there have been 10 fatal crashes in the last decade that have involved Indonesian military or police aircraft, according to Reuters. The Guardian reported this is the third Indonesian Air Force Hercules to crash since 2001. The first overshot the runway and exploded, though with no casualties. In 2009, a Hercules struck four houses before skidding into a nearby rice field. Ninety-five people onboard and two on the ground died.