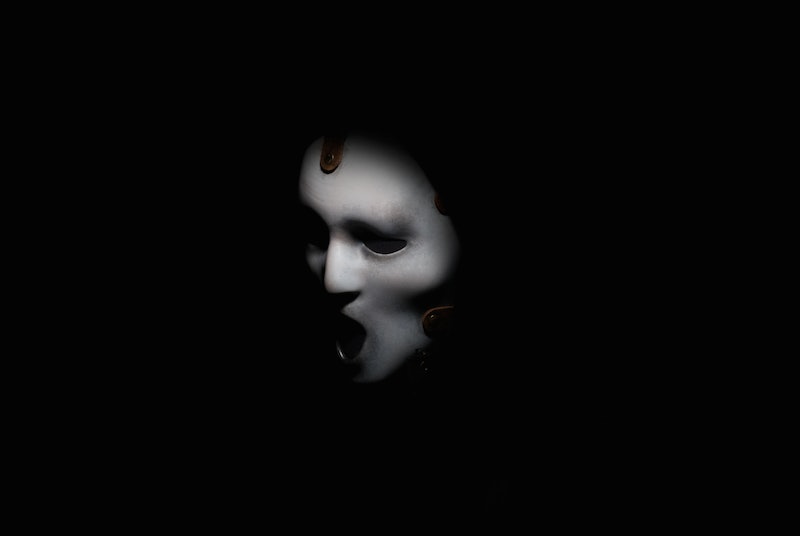 It's not the greatest television adaptation of all time, but MTV's new series Scream, based on the film series of the same name, has its moments of chuckles and scares. One of the biggest differences between the television and film series is the Scream TV show's addition of Brandon James. The mysterious character was a deformed teenager (as a result of a rare condition) who supposedly killed five students after a love story gone wrong. Of course, his love interest, Maggie, is still alive and well and has a kid, Emma, who attends high school and was friends with Nina. Now that Nina has been killed, the press automatically goes to the obvious place: Is Brandon James alive? His body was never found, so anything is possible. Plus Maggie and Emma are now both getting messages from Brandon, or at the very least, someone who enjoys pretending to be him.

If Brandon James is still alive, it’s possible he would be hiding in the shadows, biding his time to meet Maggie and Emma by killing Emma’s friends. But I have two other theories. In the story Noah tells Kieran about Brandon, he says that his parents tried to get him surgeries 20 years ago to fix his condition, but they never really worked. What if they eventually did? What if Brandon has a totally different appearance now? I think the first thing he would do in that case is return home, and not just to Lakewood in general, but back to “Daisy,” aka Maggie. I think it’s entirely possible that the new sheriff Clark Hudson could actually be Brandon, back to finish what he wanted to start with Maggie at their high school Halloween dance: A love story.

I know that with this theory, there are tons of unanswered questions, like how would he be able to afford the surgery? Why would he go back to the town and start killing people again? Those are things I hope will be answered as the season evolves. Brandon had an older brother who seemed to care for him, perhaps he ended up making a lot of money for himself and helped with the surgery since he was the only person who truly loved Brandon for who he was. And as for the killing thing, maybe seeing Emma look so much like Maggie made him snap and that’s why he’s restarted the murders — if he even committed the first string.

The only loose end would then be Kieran, Clark’s son who has just moved to town and is now drawing the attention and affection of Emma. Where does he fit in? Another possible theory is that Kieran is the one doing the killing for Brandon. What if Clark Hudson is Brandon’s brother and Kieran is his son? And after finding out what happened to his poor uncle, the brooding, strange kid snapped and decided to relive his uncle’s infamy? Honestly, the idea of Brandon being alive or someone close to him pretending to be him would be an exciting theory, more so than just one of Nina’s friends killing her and starting the myth all over again. The film series did that when Billy and Stew were unmasked as Ghostface 1 and 2. And while Scream the TV show should draw from the source material for its mix of humor and horror, as well its meta mentality, it should not just rehash the murderer reveal. Give us something fresh, and we’ll keep on watching.