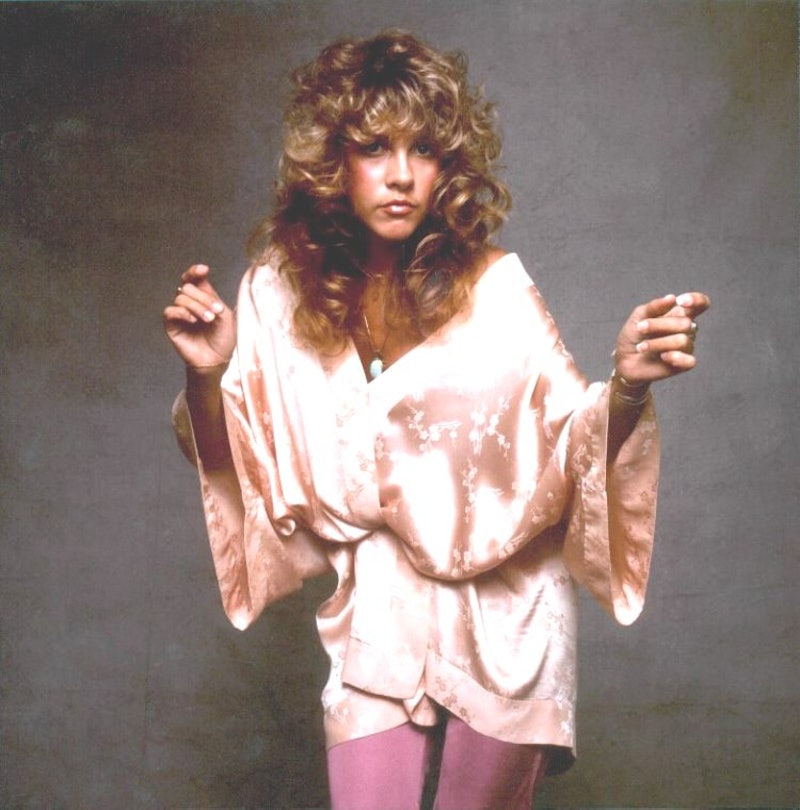 There are some styles that just never seem to go off trend, and the women who epitomize these looks go down in history as fashion icons. Boho style icons are amongst the greatest legends of the fashion industry, and their hippie-chic aesthetic sets them apart as utter goddesses of the sartorial world. I mean, there's no other trend that boasts as many regal-like styles that are simply fit for a fashion queen.

I'm absolutely in love with Bohemian fashion. There could be no other style that's more perfectly suited to my own personal sartorial preferences. IMO, there's a whole lifestyle and mindset that comes along with the flowing dresses, the bold prints, and the many pairs of boots. It's a free-spirited way of life that was ushered in most prominently during the '60s and has been with us in some form or fashion ever since.

That's 50 years of gorgeous Boho inspiration with plenty of major players to glean style notes from. In an effort to compile not an entirely exhaustive list but a concise one of the most influential and exciting fashion muses of the long-admired Boho style, I scoured my own list of influential ladies and aspirations of my favorite type of fashion.

Perhaps these names are already synonymous with the Boho look to you, but hopefully you'll find a new icon or two to help you fall in love with the look all over again.

In what might be the most famous photo of style icon Talitha Getty, she poses on a rooftop in Marrakesh, Morocco in 1970 with her husband John Paul Getty. Talitha Getty was a cultural icon in the '60s as an actress and model. Although her life was tragically short (she passed at age 30), Getty made a huge impact in the fashion world.

Donna Summer was the disco queen of the '70s, but her style, though not popularly accredited to the Boho look, was clearly influenced by the time, and she continued to be a Boho dream throughout her career — never failing to exemplify winged out sleeves or long, natural hair.

Another hippie queen of the '60s who died incredibly young (at only age 27), Joplin's influence on music and fashion is still unrivaled. She's known for her electric stage presence and her circle sunglasses and a style that's all her own.

Probably no list of Bohemian fashion icons is complete without the illustrious Stevie Nicks. Famous as the lead singer for Fleetwood Mac in the '70s, this songstress has a style history like no other. Whether it's her sheer black, cape-like shawls or her top hats, her look has been recreated and copied over and over again, and I'm not complaining.

If it's not already clear, music and Bohemian style are destined to go hand-in-hand. Chaka Khan, dubbed the queen of funk from the '70s, let out her unique style in an explosion of fashion goodness. Fringe and a fro encompassed her go-to style status, and she was an absolute dream for this kind of style. There's nothing quite as carefree as that massive smile of hers.

Sienna Miller circa 2005 is arguably the whole reason for the current Boho revival. She ushered in the Boho-chic look that still resonates with women and men today, and is a huge factor in my own version of the style. I'm going to put her in this list in place of Kate Moss, because even though Moss completely deserves a spot, it was Sienna Miller who really defined the style for me in the '00s.

Nothing really defines the grown-up style of the Olsen twins like Boho-chic. I mean, they've mastered the bed head, I-don't-really-care look. Even though the style sort of gives them an air of mystery — the complete opposite of their childhood film and TV personalities — they've made it their own, and you can't really imagine either of them without the look.

Another modern Boho muse, Zoe Kravitz doesn't take her style too seriously, which I think makes her the perfect example of an effortless Bohemian icon. Plus, with a dad like Lenny Kravitz, how can you not look cool?

A personal favorite of mine, Florence Welch keeps her look suited to that of her '60s and '70s predecessors, and that makes her a true icon of the style as she obviously takes inspiration from the original Boho muses before her. There is no other current celebrity who rocks the look like she does, and her fashion choices will undoubtedly go down in history.

She's been known to glam it up on the red carpet, but Vanessa Hudgens' street style and her enviable festival style is straight up modern Boho at its finest. The woman just knows how to rock a flowing shirt and some boots.

These fashionable sisters of the fashion blog Urban Bush Babes are quickly rising to the top of the style scene, and I can't help but notice their Boho-inspired looks over and over again. Keep an eye out for this duo, because they're sure to turn heads.