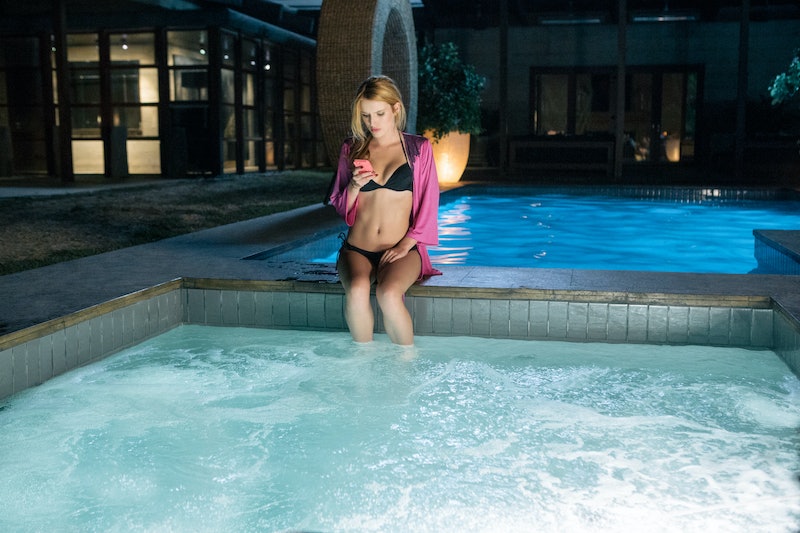 If you grew up in the late 90's you are likely very, personally familiar with the Scream mask. The ultra-popular movie was released in 1996 and inspired Halloween getups for years (really, decades) to come. It was the cool guy go-to outfit for a costume party. All you needed was the signature mask and a black outfit and boom, done. Sometimes the masks would be the exact creepy replica of Ghost Face, sometimes it would have a stoned look to it (a la Scary Movie) and people would yell "wazzzzupppp" nonstop. Ah, the good old days. Regardless of the version, it was a classic. An icon. So it's no wonder that a new Ghostface mask for MTV's Scream is cause for some concern. I get it, change is hard!

The difference in the mask is obvious. The chin is shortened up, taking away the "stretched out from yelling" look. The whole thing actually looks a bit more human — if anything, it kind of reminds me of the Freddie Kruger mask. It's been overhauled and remodeled, not the mask of our childhood. We can all cheer up though, because Scream's new mask proves the show will differ from the original movie and that is actually fantastic news.

This mask is a sign of the changes to come, because as much as fans loved the original, we would hate the show if it tried to imitate the film shot for shot. The world is a much different place now than it was 10 years ago and we've had a lot of horror movies since then. We need excitement and plot twists and newness, and it looks like that's what the show is trying to give us. Something a little sleeker, sexier, and more modern. I don't know if it'll stick the landing, but it's clearly trying — the mask makeover is just a sign of things to come.

There are other noticeable differences. For example, though we have the same classic horror movie trope lineup (the virgin, the clown, the jock), they've been given a 21st century makeover. Gone are the landlines, replaced with iPhones. People don't catch the news over lunch, it's all breaking on social media. It's a modern world, and we're getting a new serial killer to reflect that. Horray, progress! So sit back, relax, and embrace the change. And remember no matter what happens, it's all going to be OK (just don't say you'll be right back...).