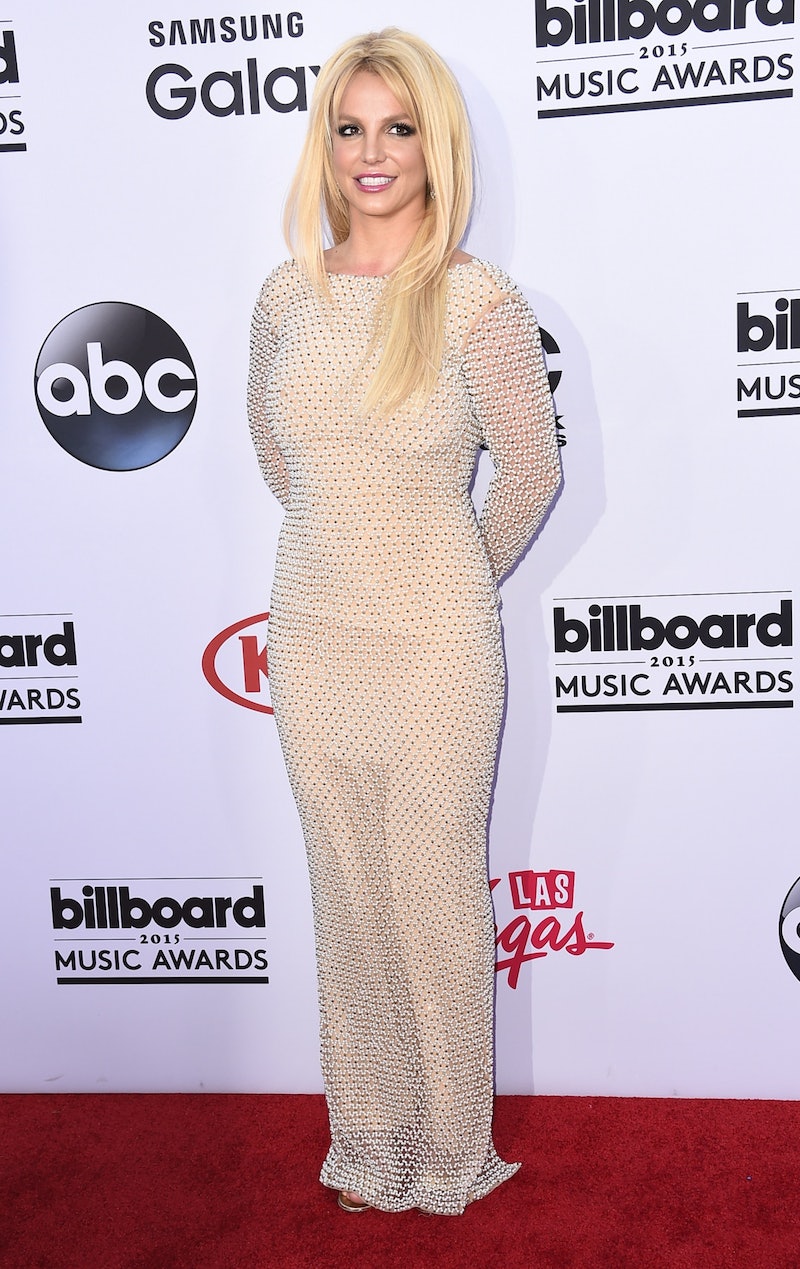 There's a Twitter battle breaking out between Britney Spars and Iggy Azalea — or is there? When their collaborative effort, "Pretty Girls," was first released, there was no question that it would be a hit... until it wasn't. Obviously, everyone talked about it when it first came out, and why wouldn't they? Spears is a legend, and Azalea's singles have all been hits. Unfortunately, though, "Pretty Girls" didn't quite reach Song of the Summer status, leading to Azalea essentially blaming the song's failure on Spears when a fan tweeted her about the song being a flop over the weekend. And now, after the other half of the "Pretty Girls" equation tweeted about her Vegas residency, some are saying that Spears is throwing shade at Azalea for the song fizzling out so quickly. But if you ask me? That's definitely not what's happening here.

I mean, yeah, it's a bummer that their single wasn't quite as explosive as they'd hoped, especially since two big names coming together like that usually can't go wrong. But even though Azalea (very politely) insinuated that Spears and her camp could be at fault, I doubt that Spears' recent tweet is a jab at her.

First, let's examine exactly what went down. Here's what Azalea tweeted on July 28:

This, to me, is fair. Azalea's right: This was Spears' thing, and it didn't really get the promotion that it could have. There weren't performances, marketing wasn't over the top, and after the video dropped, it was basically radio silence on the "Pretty Girls" front. She's not wrong, and if it truly was out of her hands, what was Azalea supposed to do about it?

OK, I can definitely see where you could say she's referring to Azalea's canceled summer tour, but I don't think she is. I think this is Spears — someone who generally keeps herself out of the loop and is ridiculously busy between her Vegas residency, raising her sons, and, you know, being Britney Spears — tweeting to promote her show. #YouWantAPieceOfMe doesn't need to mean "Hey, Iggy Azalea, do you want a piece of me?" It could just be referring to the fact that her show is called Piece Of Me. I doubt that Spears is mocking Azalea for having to cancel her tour; I just think Spears created a 140 character message and moved on with her life.

What are the chances we could get a buddy selfie of these two together to prove there's no bad blood? Like Azalea said, she and Spears are friends, and that's that. Now that that's settled, please join me in a celebratory viewing of the "Pretty Girls" music video. Promotion or no promotion, this thing still has over 79 million views, and that's not what I'd call a flop.