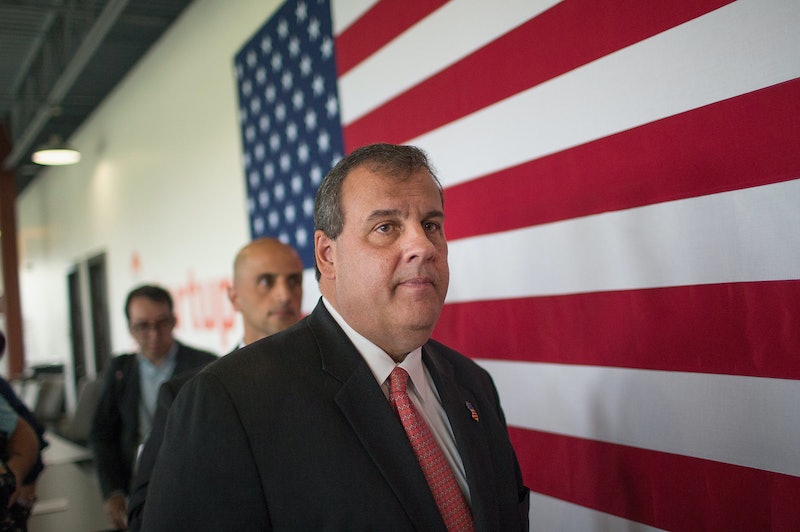 The Republican presidential field was already big, but it grew even further on Tuesday morning. After declining to run for the highest office in the land back in 2012, when his political stars seemed most aligned, New Jersey Governor Chris Christie is finally taking the plunge, officially entering the 2016 race. It's big news by any measure, even if Christie's fortunes don't look so bright at the moment, and there will likely never be a better time to get familiar with the man. So, here's a question: what ethnicity is Chris Christie?

Perhaps the question strikes you as a little strange. By and large, it's the sort of thing that typically gets thrown around aggressively about non-white public figures, so why not strike a blow for equality this time? Turnabout's fair play, after all, and besides, Christie's ethnic background actually would represent a White House first.

That's because Christie is half-Italian, and if elected, he'd be the first person which so much Italian heritage to serve in America's highest office. There have been some prominent names in the past that, for a time, looked like they could possibly break that barrier — like former New York Governor Mario Cuomo, for example — but it's never yet happened.

While you might not have known about Christie's Italian background, it's not something he's kept hidden in his political life. Residents of New Jersey are likely far more aware — while first running for Governor in 2009, he had a tense dustup with Tennessee Democratic Rep. Steve Cohen, who challenged his record by invoking a line from The Godfather, which reportedly offended Christie. He wouldn't be alone in this attitude — Italian-American advocacy groups often bristle and challenge stereotypes, of which Francis Ford Coppola's legendary mafia film franchise is part and parcel.

This is complicated somewhat, however, by the fact that The Godfather is reportedly Christie's favorite film. Of course, even if somebody's favorite movie thematically reinforces some longstanding stereotypes about members of their ethnicity, that doesn't make it cool for their political opponents to dwell on the association.

He's crossed political lines by way of his heritage, as well — back in 2010, after he won his gubernatorial race against Democrat Jon Corzine, he was honored at an Italian-American cultural event, alongside longtime Democratic Essex County executive Joe DiVincenzo. According to New Jersey's The Star-Ledger, Christie got an interesting memento out of it, too — a bust in the shape of a lion's head.

Christie has raised the topic of his own heritage in the past, as well, most commonly when discussing his mother, whom he's frequently described as an "enforcer." Here's how he put it during his speech at the 2012 Republican National Convention, as prepared for delivery.

I am the son of an Irish father and a Sicilian mother. My Dad, who I am blessed to have with me here tonight, is gregarious, outgoing and loveable. My Mom, who I lost eight years ago, was the enforcer. She made sure we all knew who set the rules. In the automobile of life, Dad was just a passenger. Mom was the driver.

Suffice to say, however, unlikely it may seem, a Chris Christie presidency would indeed be groundbreaking. Perhaps not quite as groundbreaking as being, say, the first woman president, but a first in American political life nonetheless.