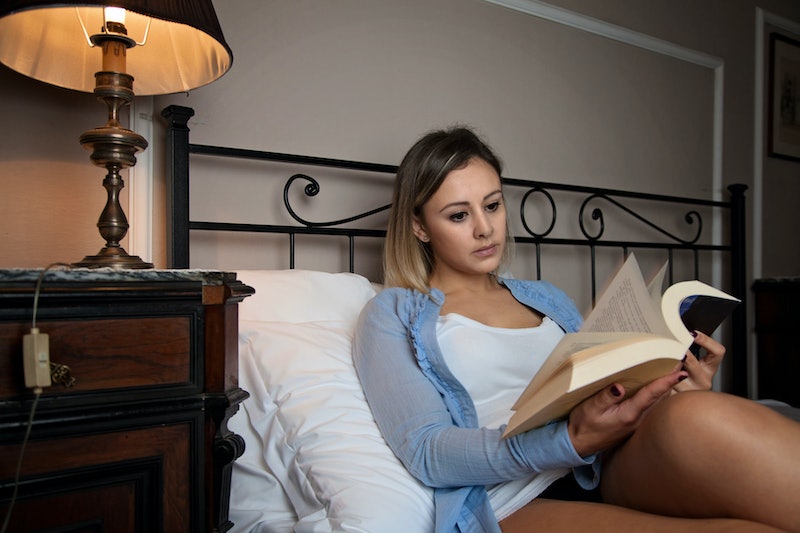 When I was 15, I discovered a stack of tattered tomes at a local flea market. They were the books you mostly see in supermarket check-out lines, or hidden behind tissues and Lubriderm in a great-aunt’s nightstand: three-inch thick paperbacks, their covers plastered with big-breasted women dressed like a half-naked Jane Austen. Some people might call them “racy Regency romance novels.” Others call them bodice-rippers, or trashy romances. I call them an education in disguise.

I purchased the books — about a dozen in all — and was both delighted and scandalized by their contents. The plot twists were precipitous, and the dialogue almost comical. Meanwhile, the love scenes were explicit enough to make me blush — so this was why people read these things! — yet clouded with enough innuendo that the couples might’ve just been playing a really steamy game of Parcheesi.

As I plowed my way through countless stories of lovely young bluestockings falling in love with princes and pirates, I was surprised to find that I was learning. The books were surprisingly well-crafted. Believe it or not, it takes considerable effort for an author to churn out 500 pages of bawdy historical fiction without repeating the word “aureole” too many times. It also takes extensive research, an attention to detail, a knowledge of history, and a prodigious vocabulary. Chances were, with every corset that fell onto a parquet floor, the titillated reader would also inadvertently glean some sort of knowledge drop.

I eventually became bored with the word “heaving” and the name “Fiona,” and gave the books to Goodwill in hopes that some young girl who hadn’t yet discovered Judy Bloom’s Forever would buy them. But I took with me the following wisdom: 19th century trashy romance novels are a portable classroom, and great for …

I owned a stack of untouched SAT flashcards during my teen years, which I attribute to my serendipitous flea market spending spree. It turns out that the College Board loves the far-flung, elevated diction that peppers Regency Romance novels. “Avuncular,” “circumspect,” “diurnal,” “acrimony,” “florid,” “cogent,” “abase,” and “timorous” are all words I remember squinting at amid other gems like “strumpet” and “tumescent.” Imagine my delight when they also showed up on my standardized tests — and I knew what they meant. Speaking of tests, it was also helpful to have plot points and characters to use as a memory jog if I were stuck on a multiple-choice question. After all, how could I ever forget the swarthy – swarth·y, swôrT͟Hē/, adjective: dark-skinned — privateer Joshua Raven from Tides of Passion?

I started reading more Greek literature after I read one book featuring a well-heeled scholar who used his Ovid collection to get into that lovin’ mood. Another heroine belonged to a secret woman’s society that revered Roman goddesses. England’s Regency era was obsessed with the Mediterranean’s ancient civilizations, and many of the period romances I read were steeped in allegorical references and excerpts from ancient texts. These references would serve me well when I was introduced to Romantic poets like Keats and Wordsworth. They also gave me a much-needed edge in the French poetry class I never studied for.

I was constantly learning about English history — imperial wars, monarchy struggles, clothing styles, and cultural fads — while reading these books. For instance, in the love scenes, the men always removed a pair of “highly-polished Hessians,” which they’d throw to the floor with a resounding “thud” before dropping trou. It turned out that Hessians were a type of military-style boot worn by the Hessian soldiers serving as mercenaries under the British Crown. They eventually fell into fashion among the common populace. This was a factoid I’d never have known otherwise without flipping through volumes of warfare history. In any case, it was much more humorous and enjoyable to learn this information from a soft-core sex scene.

Another cheesy romance novel described the female lead as a “hot house flower in bloom.” After I was done laughing, I did my research and discovered 19th century England’s obsession with botany and the natural world — particularly exotic plants from faraway countries. I remember entering college and explaining a similar reference from Bleak House to a stymied Dickens seminar. As the professor looked on approvingly, I only had one thought: “Thanks, Tides of Passion. Thanks a lot.”