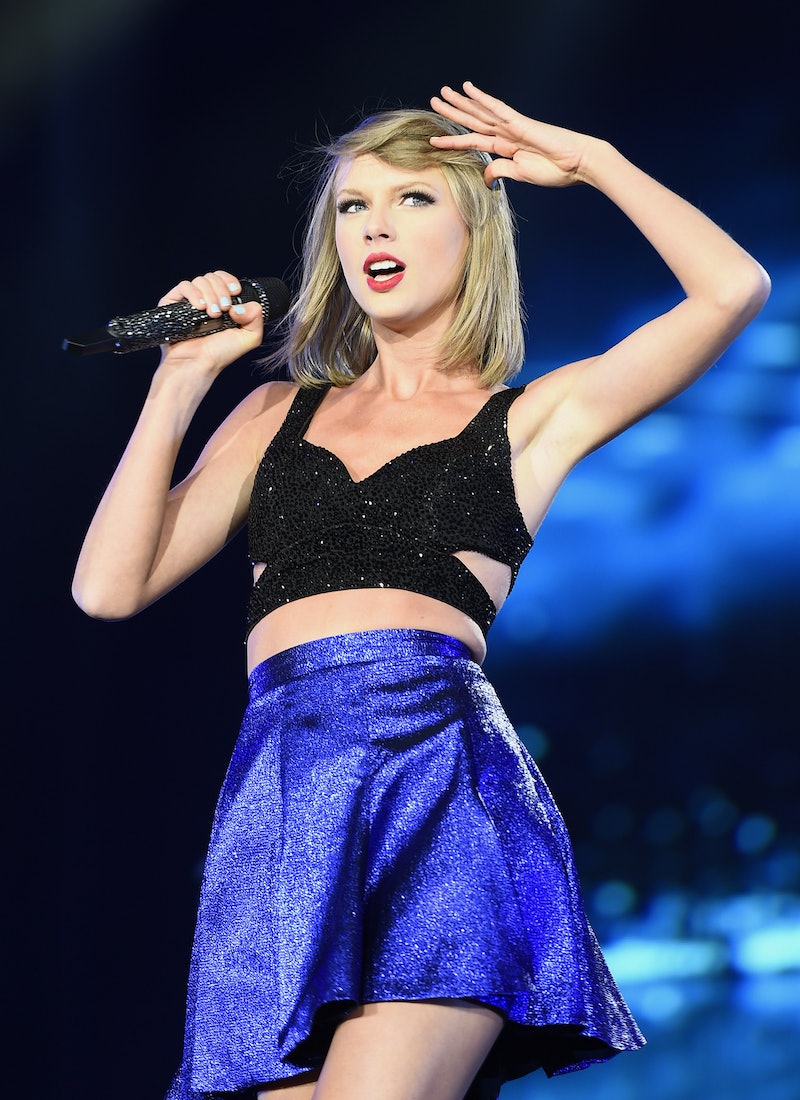 Let it be known that I am a huge, longtime fan of Taylor Swift and so I know that 1989 was both penned and recorded long before Calvin Harris ever entered the picture. But, that doesn't mean his appearance in Swift's life now that 1989 has taken off isn't sort of a fateful, serendipitous thing. If Swift singing to Harris at her Dublin concert is any indication, it's as if somehow, she wrote the album with him in mind. According to E! Online,

Sneaky fans happened to snap photos of the Scottish producer standing near the sound deck, doting on his gorgeous gal as she belted out her most famous hits. Another fan also captured a video from the concert, which sees the 25-year-old superstar sweetly gesturing to her man while singing her tune "I Know Places."

"I Know Places," is definitely not the first or last song on 1989 that seems very Tayvin oriented. If you really think about it, almost all of the 1989 tunes, with the exception of a select few, could be about Swift and Harris' sweet, new relationship. I mean, I should know, I've listened to the compilation of melodies on loop since it's debut in October. What? Like you haven't?

Check out the video footage and photographic evidence of said dedication below:

Here is definitive proof that 1989 is unintentionally all about Calvin Harris:

A direct shot at the haters and media for making Swift not wanna date anyone. Because she is now, so...

You have to be in the right state of mind to enter a new, healthy relationship. And thus, it is clear that Swift is "clean" of all of her past relationships that may have sullied her outlook on romance.

This relationship is definitely not going "out of style" anytime soon.

I think it's evident they've made it theirs.

"Remind her how it used to be, with pictures in frames of kisses on cheeks."

"Out Of The Woods"

...And into the pool. Whatever, you get what I mean. Things are past the point of no return with them, once it's Insta official like this.

"This love is glowing in the dark..." Literally.