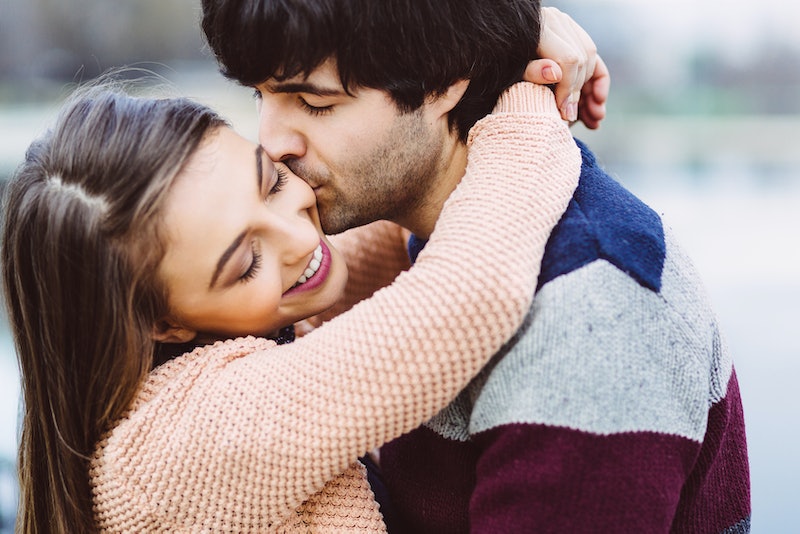 So you've been together for a while now, and you find yourself thinking it's time to ask the big question: Where is this going? Is this long-term? Is this "the one?" You know the deal. So when you've gotten serious with someone and you're wondering how to make things progress, how do you bring up marriage (aka the question before THE question)? It's a tough conversation to have, particularly if you're at an age where you don't want to waste time with someone who doesn't want the same things you do. However, you owe it to yourself and your partner to be honest about what you want and what your intentions are. Do they see this ending in marriage, or do they even want to get married at all?

The worst part about this conversation (aside from the anxiety it induces beforehand) is often the aftermath. Either you've got to navigate more serious waters in the relationship, or you are faced with breaking up if you don't want the same future. Often, though, you'll be surprised that you and your partner are on the same page after all. But for now, let's stick with the basics: How do you go about bringing up the M word?

This is my favorite way to have any conversation. Keep it simple with something like, "I know that I want to get married someday. Not today or tomorrow, but it is something I want in my future. How do you feel about it?" It's an open-ended question that isn't accusatory and doesn't come with loads of pressure. Avoid statements like, "are you ever going to marry me?" Hopefully, you had the "what are we?" discussion with similar maturity.

If getting right to the point freaks you out a bit, then try to start a more general conversation on the topic. If you have a friend who got recently engaged, by the way, don't be afraid to casually bring it up — talk about how old they are, how long they were together before getting engaged. You may be able to at least gauge their interest in marriage or their general feelings about marriage. This is a wise move if you think your boyfriend or girlfriend might have some negative feelings about marriage and you want to avoid an awkward, direct conversation.

We have definitely all made this mistake, where we act like you don't care about something when we really do. You know how it goes. You pretend that marriage, commitment, and a family aren't important to you. If those things actually aren't important to you, that's totally cool, too. What's not cool is pretending to have different priorities than you do. It's not fair to you, and it's not fair to your partner — you'll inevitably start resenting them. So, when it comes to the marriage talk, be honest with yourself and your partner.

Just because your significant other is great with babies and is a wonderful fur parent doesn't mean they want to get married tomorrow and have kids. Don't bring any assumptions into your conversation, or you may be unpleasantly surprised.

Regardless of how you choose to bring up marriage, an ultimatum simply shouldn't be part of the conversation. We've all probably made this mistake once (I know I have) and you live to regret it. the bottom line is, you don't want to be with someone who doesn't want to be with you, and you certainly shouldn't have to convince someone to marry you.